The second round of the Russian-Turkish taks on the situation in the Syrian province of Idlib ended in Moscow on February 18. The Turkish delegation left Russia. The sides released no official statement on the talks’ outcome hinting that no breakthrough was achieved.

Turkey’s state-run Anadolu Agency reported the following on the agenda of the talks:

According to diplomatic sources, the Turkish delegation stressed the need to rapidly reduce the fighting and prevent further worsening of the humanitarian situation in the region.

Another point on the agenda include measures that could be taken in Idlib to ensure full implementation of the agreements reached under the Sochi memorandum.

A spokesman for Erdogan’s ruling party claimed that Ankara had officially informed Moscow about its policy in northwestern Syria and once again threatened Syria with a military agression. Turkey seeks to rescue its little al-Qaeda friends in Greater Idlib from the Syrian Army advance in order to attempt to limit the ability of the Syrian government to restore control of the country devastated by the years of war.

Meanwhile, the Syrian Air Force and the Russian Aerospace Forces conducted a new round of airstrikes on positions of al-Qaeda-linked groups across Idlib. It seems Turkish threats work not very well.

Nothing to negotiate with that animal Erdogan.

Assad must stay
Reply to  Mike

he is such a stubborn, stupid man

Wrong! I don’t care what Erdogan says I care whe he does.

I heard the same argument when Putin went to Israel, he was a sell out etc. Than a month later Syria makes huge gains against Israeli ISIS and Al Cia Da Israel.

Actions count, in war words are just propaganda to throw off the enemy.

Facts: If Erdogan goes against Russia it will give Israel the opportunity to implement the Yinon plan on Turkey, which they tried to do just over 4 years ago but Putin saved Erdogan and his families etc lives. Erdogan and all his relatives and friends will be murdered by Mossad death squads, Turkey will be turned into one big Raqqa, bombed to bits and then broken up, with Israel getting Western Turkey along the Med, the Kurds will get central southern Turkey, Armenians Eastern Turkey, half the Turkish population will be killed and the rest will be forced to flee to Germany. Turkey as a state and people will cease to exist forever, and Erdogan would go down in history as the worst Turkish leader in history.

Erdogan is buying time until the S-400s and the pipelines from Russia are all operational, as Turkey is vulnerable to economic sanctions and air attack until then. Erdogan has to pretend to be neutral until the gas pipelines and the S-400s are all fully operational as Turkey is still vulnerable to Zio economic sanctions and attack until all these systems are finished and ready to battle against the racist supremacist global Jewish satanic slave empire dictatorship.

Looks like Syrians are going to take the Highway M4.

Let us hope this.

They need to capture the Dana area, and this junction area first. look at the map, you will notice that this cuts the militants off from a direct supply route with speed. Than they will start heading to Iglid. The M4 can wait, they are too far to move there. They are moving like the Syrian Pac Man. Chomping away at the terrorist, Picture the game with Assad as Pac Man.

Crucial,main link to the coast up there.

It’s a theory of terrorists. I often make serious typos too. Typing on a phone is just awful for me. Better to use a real keyboard.

bomb the fuckers out. no mercy.

and the animal that spawned him

But was it not Trump himself who called Assad animal in this historic diplomatic communication?

That’s what he was told to say by the U.S. military industrial complex, just as Obomber started it off.

I am thinking I might have too put out an irony alert on this class of comment. “Trump himself” as a usage for example should tip you off as it is not generally perceived as an authoritative source by anyone about anything.

sure, as you say, you have to make the point in U.S. media as most are brainwashed. Who is Tommy Jensen?

I don’t understand why Putin is discussing possible actions with Erdogan. He didn’t follow through on any of the former agreements. Instead he is showing that he supports Al Qaeda and is willing to kill Syrians and Russians and allies in order to do so. This is war against the Syrians. The only thing worthwhile to say to Erdogan is to take his troops and equipment and terrorist friends out of Syria, otherwise they will end up dead or maimed too.

he has to talk to the madman for western political reasons … SAA used the 24 hour to rest, repair, refuel and rearm …

Erogan is the talker and have called Trump as well. Erdogan is in a political dead corner having promised the whole Turkiy and the world, they will attack if any Turkish soldiers are killed.

Trump might say: If You take 100.000 mexicans a year and raise a couple of million pigs for us, WE might help:)

Let us hope Syria-Russia keep on going without any ceasefire and without any mercy to these criminals (Turkish and their terrorirsts).

No breakthrough !
Is it time to go for a cruise down highway M4? :)

It’d be a laugh but I suppose it depends on whether the Allies want to recapture land or inflict casualties.

The war has changed, now isn´t not only to destroy the jihadi mercenaries but also to expel the foreign occupiers. The SAA and the Syrian allies are prepared to achieve their victory.

Eyes ready to spot the lickspittle satrapies of the US empire (Britain, Australia etc) quietly sidling away from the corpse of US imperial ambitions in Syria.

The Australian F18s was very temporary and only against ISIS.

Have the Australians scuttled?

I dont understand Your question as well as I should.

Australians as the only ones has F18s even they are made for iarcraft carriers. Australia helped USA well for some months in Syria but stopped all help according Syria.

junk all over the countryside now

this is the map that was Presented to the TURKS today… green is a 6 km buffer zone … TURKS would also have to remove all their observation posts in SAA controlled territory … TURKS are under the delusion they are a position of strength in SYRIA ..

rough day for the rat forces ….

now this is what one calls a turkey shoot

Madness, they’re being manhandled and soon the border crossing will be close to the Turkish troops. They are trapping themselves in Syria.
Any other entrance is mountains and open filed with swamps. They will move so slowly that they will be just target practice.
This is madness.

Dictatorship with an idiot at the helm is really bad. Unfortunately same goes for democracy.

in a Democracy or a Republic .. Plenty of people still exist to say NO

Well, USA and Turkey are the French version of Democrasy Extreme.

In most others the Parlament can stop that kind of Governess.

Meanwhile at the castle of doom :

We used to say the shortest joke is ‘Chinese Democracy’ or ‘Turkish Democracy’…
Well now we can also say ‘American Democracy’…
Ladies and gentlemen we present you The president / chief Judge of America Donald Trump !!!

Whats wrong with You. Even ME has million of winners for bad excuses there is no Nobel price for it.

Very good. Every time You kill each other, You wont come here.

It also solve some of Your unimployment problems.

after a day of mostly rain, weather will clear up on Thursday for 3 days in Syria … mostly sunny skies

800.000 refugees right away in the early mordning will go and buy sunglasses :(

Hey dude dont suppose you got any idea (or anyone else) what I need to change in firefox to see the embedded videos from twitter ?

I can only see utube videos. But I can see twitter with chrome.

Yeah.. is just that i dont like chrome… ok nvm.

How does she know which one is him?

rats attacking the KURDS since they are impotent against the SAA

His weekly meeting with the troops on the line

Remember what Erdogan said. If the Assad regime forces do not go back to the Sochi agreement line, Turkey will use force. Time is ticking for the regime… :-]

Lol! No no no. Erdogan is only blowing hot air you silly boy!

oh tempore the european tourists on the run at 5KLm the DAR IZZAT MDR! in zone the HTS !! 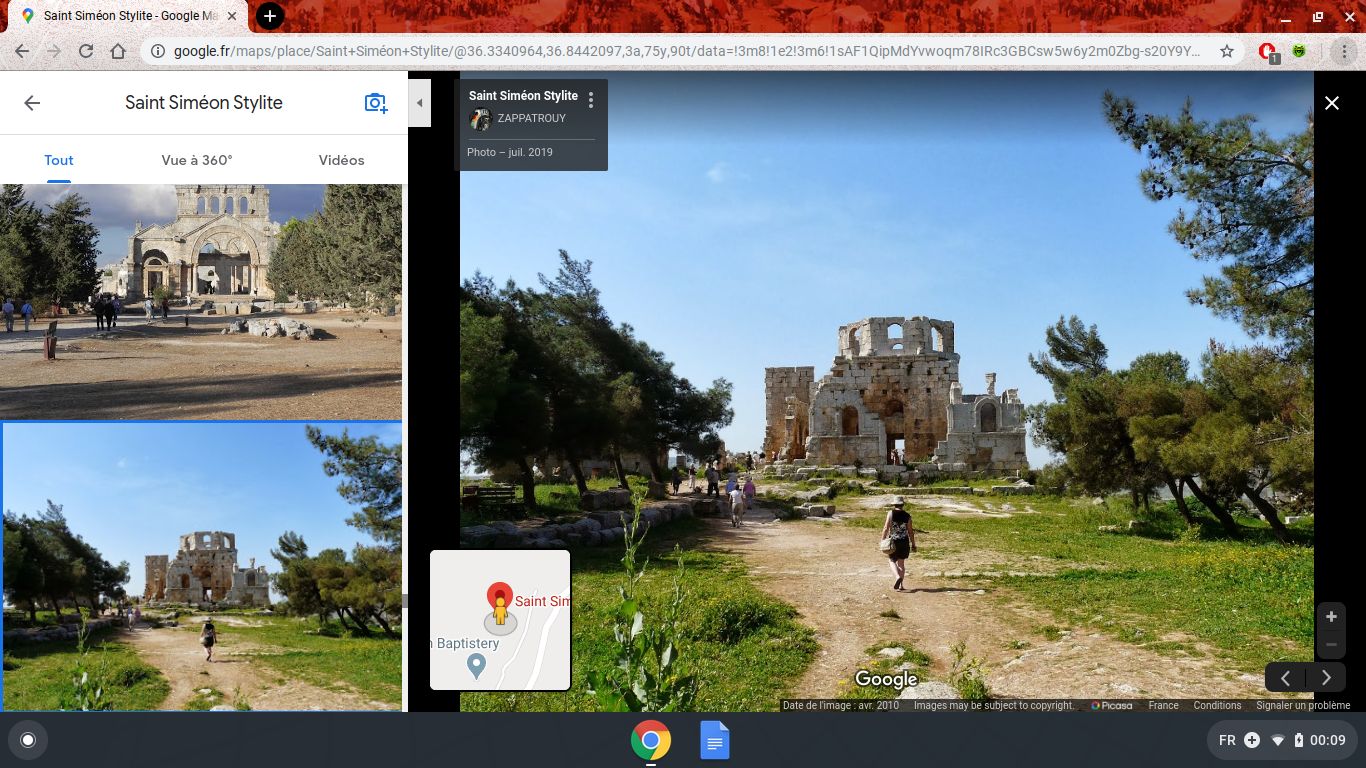 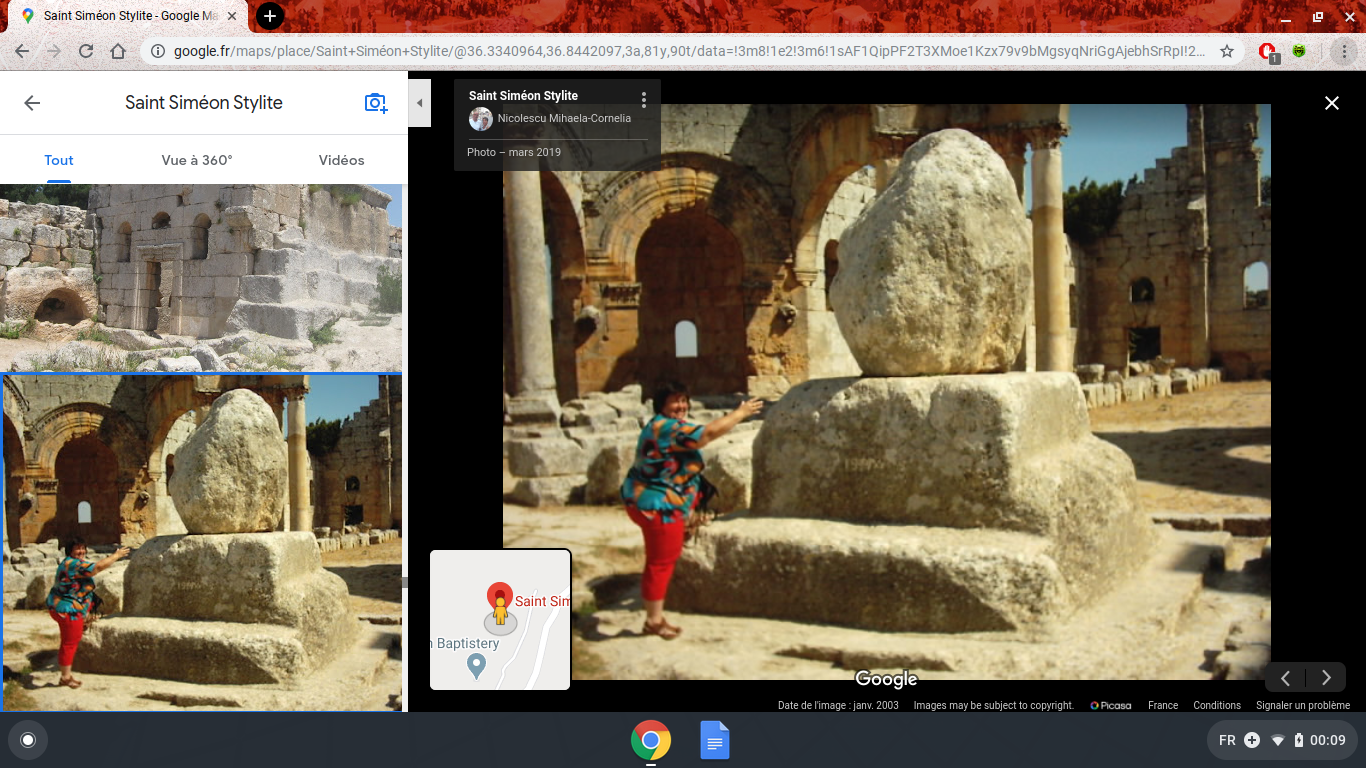 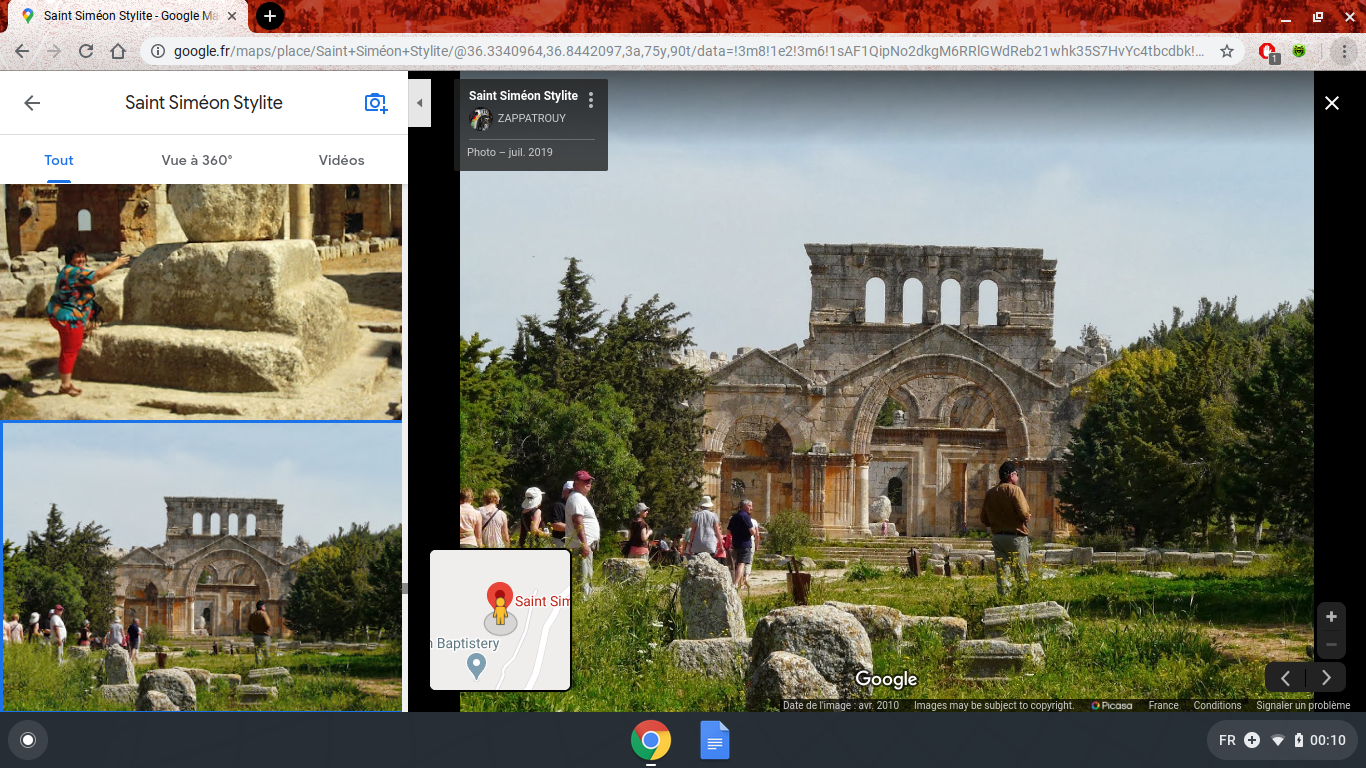 Congratulations and
Jubilations. well done SAA heroes. That is awesomE news.You have been
working consistently for 7 years.Your hard work has brought you
victories against the NATO BACKED HEADCHOPERS. VAVAVOOM

Erdo is almost weeping for the oil

No wonder the Russians are finished playing with Erdogan. Real snake, no doubt! Both men are in fact!

Now a pincer attack in the East… kill them, kill the all.