The Turkish-backed Hamza Division has continued its attacks on the government-held towns of Nubl and al-Zahraa in the northern Aleppo countryside.

On May 9, the group’s fighters launched a barrage of cluster Grad rockets at the two towns from their positions in the occupied area of Afrin. The attack didn’t result in any loses.

A day later, the Turkish-backed group fired dozens of mortar shells at the civilian areas in Nubl and al-Zahraa. Local sources said that no one was killed or injured as a result of the shelling.

The Hamza Division, which is a part of the Turkish-backed National Syrian Army (NSA), has been shelling Nubl and al-Zahraa for more than five days now. According to the group’s media wing, these indiscriminate attacks are a response to the ongoing military operation around Idlib.

These repeated attack could lead to a major escalation around Afrin eventually. The Syrian Arab Army (SAA) maintains a large, well-equipped force in Nubl and al-Zahraa, as well as in the Kurdish-held areas around the city of Tell Rifaat.

What the Russian Intel, cannot pin point them and then blast them into smithereens ?.

klove and light
Reply to  You can call me Al

they r protected by Turkey under an Agreement with Russia…..period…

ps. the latest SAA “attack” in Idlib/N. Hama is less an attack but more of a retreat of HTS, as pointed out in southfront articles yesterday, that SAA has Little to no resistance when conquering 1 town after the other in Idlib………which again Points to an Agreement between Turkey and Russia …..thus…..SAA is “allowed” to conquer exactly those Areas covered by the bs “demilitarized 20 km Zone”…….

and Folks tend to Forget here…that Turkey and ist proxies had a very Long time to Change the demographics in afrin and Idlib….meaning they substituted the General Population….now in afrin and Idlib u have 90% Population which is clearly sunni islamic extremists…please dont Forget that due to the DOZENS of Agreements the past 3 years between thousands of islamists terrorists and Russia each time SAA had them cornered in , be it in douma, aleppo or south syria ee.g quinetra..the terrorista were allowed to leave with their families and light arms to IDLIB!!!!

As far as iam concearned , i ´d fuck on public western opinion, and erase the whole lot of them inclu´ding their bastard women and Children, they are the ones making new Little sunni islamic bastards…..but…. in the real world…this is it…..syria has been partioned 3 fold…….and unless SAA wants to go to war with USA or Turkey……syria will stay partioned….

ps. where i stand is very simple…. fuck the jews and their fucking fake cretad bs satnic Evil Nation Israel,, fuck the USA, jew/zio slave Nation, fuck the british elite.. which are in partnership with the jew/zio bastards……..

who’s gonna fu”’ c you moron?. go and jump in to shit hol

Jihadist ordinance is most likely hidden in buildings.
Move it out, take a very bad shot, and then move away. :)

It can of course it can, but that doesn’t work like that, if someone was attacking Russia directly like this of course they would respond with max., and level anything. Remember Russian bombs and Jets pounding these Jihadists cost money. Russia can do a certain part of the job, but after that it can just give Intel to the SAA and SAA are the ones that should pin-point them and execute them. And you know SAA they are going with Invasion on ground. They don’t have MQ-Reapers and Predator drones etc., if you know what I mean.

Good point, but regards Syria,money should be no object; I say that because the outcome of Syria could lead to an economic boom or bust in the ME (monetary terms only).

Well there is a part in Syria where people don’t give a shit about the war.
A part where let’s say normal Syrians and Rich ones are living as kings, in the Capitol & Latakia and many many more places. It’s like divided Syria. In one part of the country everything works normally there is no war, no one gives a shit about it, and with that not supporting your own country is very bad. I know that money should not be an object for Syria but there is a lot of people who are profiting from this war. Remember war is money, and there is no better time to make money if not in war time. I personally think that Assad is playing a chess, he just don’t give a $hIt when 10-20 soldiers would die. He is interested to run the economy in the Capital and to defend the capital at all costs as much as he can.

I am sorry but I think the comment is absolutely BS. Have you been to Syria, I have and worked on DeZ…. , they were proud of being Syrian and proudly spoke about Assad.

BEIRUT, LEBANON (8:20 P.M.) – The U.S. military and their allies from the Syrian Democratic Forces (SDF) opened fire on a Syrian government ferry that was attempting to transport oil in the Euphrates River Valley.
According to the pro-SDF Deir Ezzor Media Center page on Facebook, the U.S. Coalition forces fired shots at the Syrian government ferry as it was traveling down the Euphrates River.

The U.S. has been preventing Syria from transporting oil from neighboring countries like Iraq because of the Trump administration’s ongoing sanctions against the government in Damascus.

i have a Video too of the attack..Posting in a minute

thats the link to the Video of the U.S. and SDF attack on SAA oil transport

FleshGoredon
Reply to  klove and light

Again, they refer to bild reporting it.

If they had any journalistic integrity, they’d make up their own lies instead of spreading the stale and dumb babbling of this horrible lowlife garbage.

here is a second site of the News article regarding Turkey cancel of s-400
https://www.google.at/url?sa=t&rct=j&q=&esrc=s&source=web&cd=24&cad=rja&uact=8&ved=2ahUKEwiPy83i4ZHiAhVXxMQBHYSVAoI4FBAWMAN6BAgCEAE&url=https%3A%2F%2Fwww.marketwatch.com%2Fstory%2Fturkish-lira-surges-3-after-erdogan-reportedly-cancels-s-400-purchase-from-russia-2019-05-10&usg=AOvVaw2MMYxAzK51VdfcLWGV19BY

Good. That way maybe Russia will take its gloves off with the turkeys.

jorge
Reply to  klove and light

Fake news. The rumor was started by Bild. Turkey has stated its a done deal.

I call FAKE. I have just read it and looked for any other site that mentions it – Nope.

If it is correct though, I hold YOU personally responsible for me pissing me off today even more that I was.

FleshGoredon
Reply to  klove and light

Trump and his proxies Israel, ISIS and Al-Qaeda demands from Iran and North Korea that hands over their all missiles and nukes and plants to America and become Qadafi and Sadam Hussain. LOL 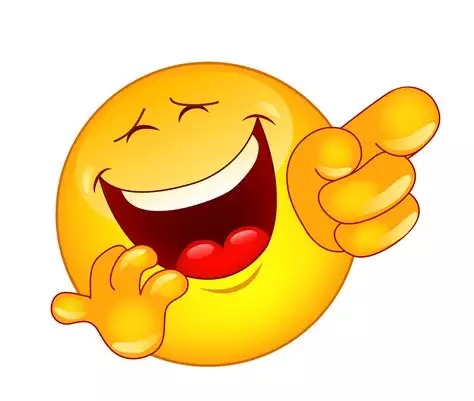 Can you imagine how fucking dumb are they??
No strategic planning where to hit , just let’s throw them maybe they hit something… ( their heads on a rock)
My kid is smarter than this dumb idiots
They don’t stand a chance they are a waste for earth

Jihadist trash can hit something if launching at an area target like Aleppo.
A rocket attack on Russian airbase over a week ago was off by over 2km to the east. LOL
Good that they waste the ammo blowing up dirt. :)

You can call me Al
Reply to  Andrei 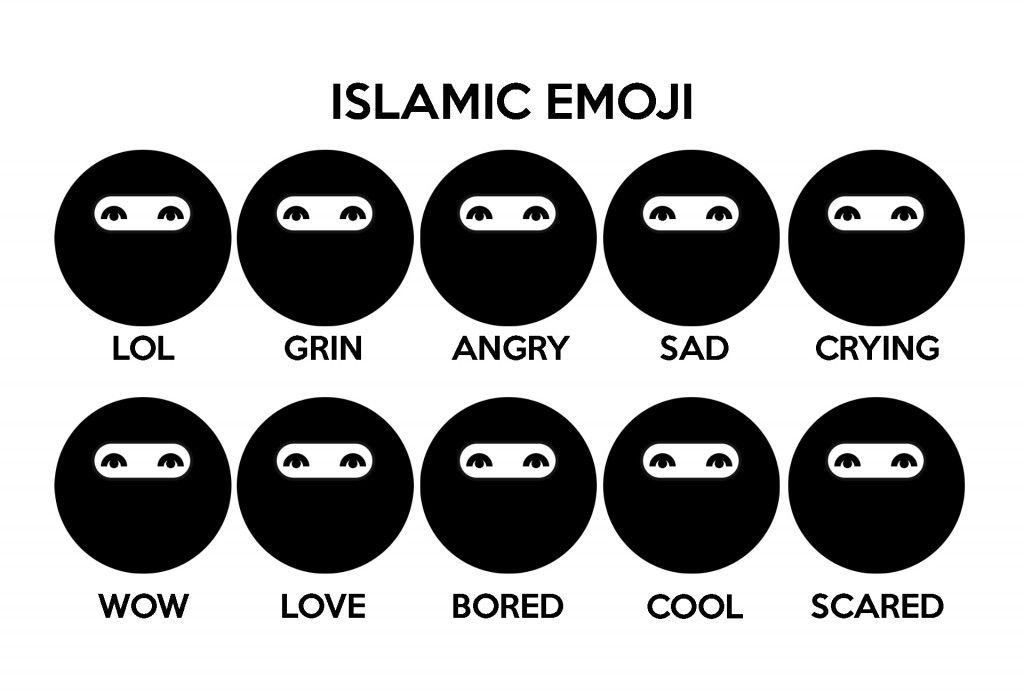 I have a feeling members of the Syrian mukabarat are encouraging these dumb terrorists to keep firing rockets. Anyway, this will allow the Syrian Arab Army to liberate more land.

There could be something in that, you know.

America is going to destabilize another country in the Mideast region.

Yes, it always bothers me that Erdogan directly supports terrorists who are fighting against the Syrian Arab Army and no one calls him on that.

That is in Kraut.

FleshGoredon
Reply to  You can call me Al

It’s a ‘news’paper, which ranks on the bottom in the dreg of all yellow press shit-rags.

Nothing they print has any value whatsoever. Julian Röpcke (#JihadiJulian) is on their payroll and not even their weather forecast holds any truth.

Not even worth to paste into google translate. Complete and utter bullshit, shame on whoever wastes his time to read it.