In his first response to the reportedly deployment of the Syrian Arab Army (SAA) in Manbij, Turkey’s President Recep Tayyip Erdogan said that the Damascus government is running a “psychological operation” in the northern city.

“Turkey’s goal is to teach YPG [the People’s Protection Units]/PKK [the Kurdistan Workers’ Party] terror group a lesson, and we’re determined to make it happen,” Erdogan told a number of reports on December 28, according to the Anadolu Agency.

“We are against the partitioning of Syria. Our goal is terrorist groups leaving there. If the [terrorist] groups leave, then there is no job left for us,” the Turkish president added.

Few hours ago, the YPG announced that its “forces have withdrawn” from Manbij due to Turkish threats. The Kurdish group called on the SAA to enter the strategic city and its surroundings and the army answered the call right way.

A high-level Turkish delegation, including Foreign Minister Mevlut Cavusoglu, presidential aide Ibrahim Kalin, National Defense Minister Hulusi Akar and intelligence chief Hakan Fidan, will be in Moscow on December 29. The issue of Manbij will likely be the core of the Turkish-Russian meeting. 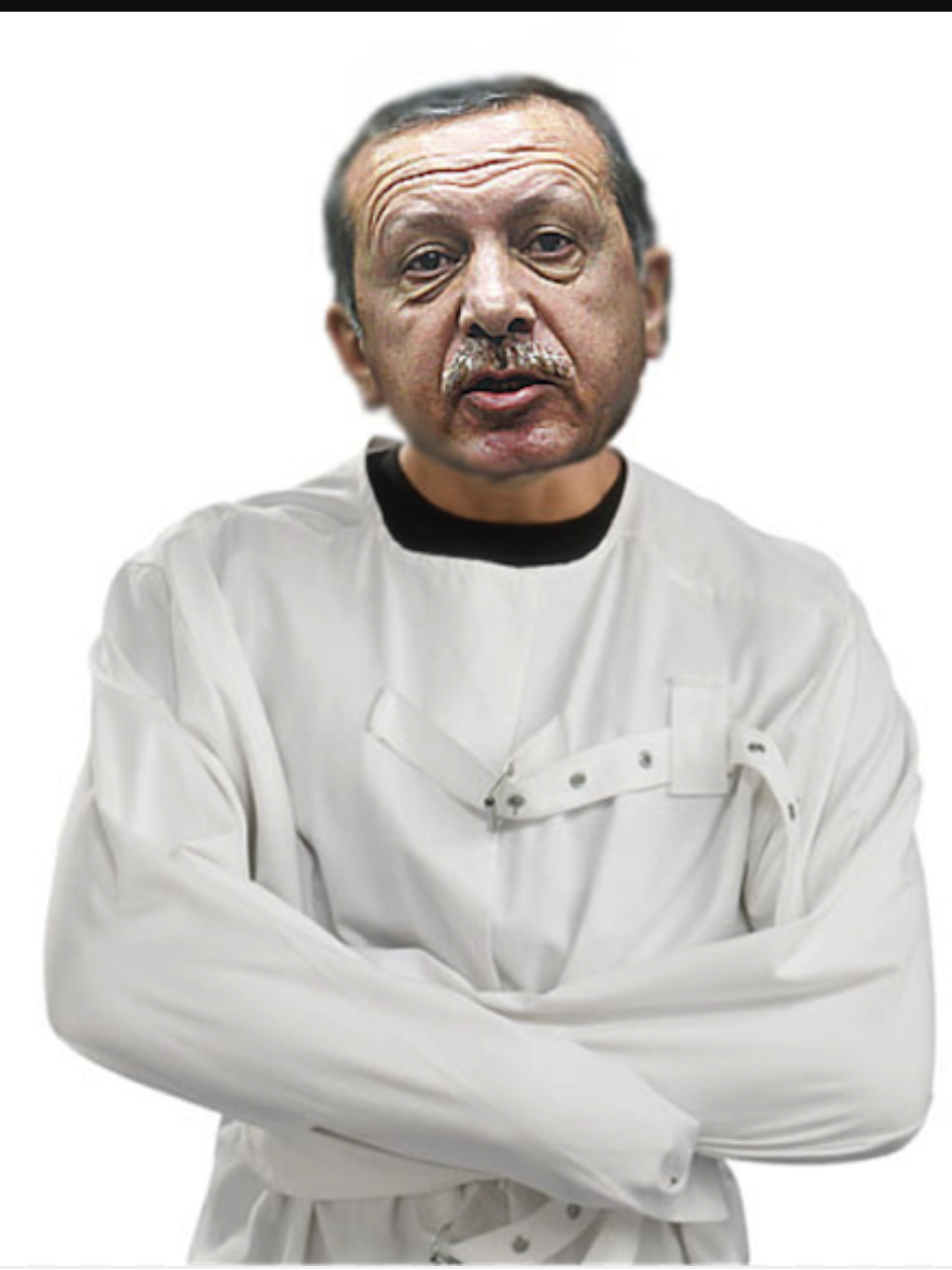 Many leaders go crazy with power. All humans are susceptible to that mental state even with power over animals and family etc..

Wise words, tho some go even more besirk than others bro

That is very true Lupus.

ALL leaders go crazy with power. That’s usually when their effectiveness declines as competent people leave their governments and get replaced with yes men. Turkey passed that stage long ago.

The British Government is now replete with incompetent’s .
What happens then Barba ? :)

In a democracy increased incompetence eventually leads to election defeat or a Night of the Long Knives from within the party. That’s how Thatcher got ousted from power. I reckon in the UK unless the Conservatives up their game be prepared for a Corbyn government.

In authoritarian governments election defeats don’t happen, and as long as the army and secret police remain loyal the incompetent leader remains in power. But once his position becomes weak he might be ousted from power by a putch from within or a popular uprising in where the security forces change sides. Or when he becomes stupid enough to piss off the security forces, as happened to Robert Mugabe.

Folks with Power are Caught in the Web of The Great Khazarian Mafia & Their Knights Templar….It is the whole System that is Corrupted in the First Place… let’s see what happens if you take down the Top of The Pyramid and throw them under the Guillotines..just chop their heads off…..if that doesn’t work….perhaps it’s time for more drastic solutions to get rid of Evil….Most leaders in the World at the Moment are a bunch of Treacherous Greedy Assmunchers… in the West practically all of’m….There’s a Little Devil sitting on each Man his shoulder whispering in his ear…. the Question is whether you listen to the little Fucker or not…right?

The reaction of the french President who is buying more weapons for the Police and Gendarmes , supports your view. It is time for a real revolution with the Left and Right unifying against the corrupt French Zionist government.

Well when Gods of Jupiter start buying more Guns for Their Praetorian Guards….it tells us something about their Plans for running their future Divine Autocratic Dictatorships…Buying Guns for Ruling the Scum is born out of Fear for the Scum….Live by the Sword….you’ll die by the Sword…. Awakening of the Scum is a lovely thing….and it can only Grow Bigger…. it won’t get less…

Many leaders go crazy with power. All humans are susceptible to that mental state even with power over animals and family etc..

I am going to LOVE watching the action in the coming months, pass me the popcorn!

seems everybody’s a clown besides Netanhyau. 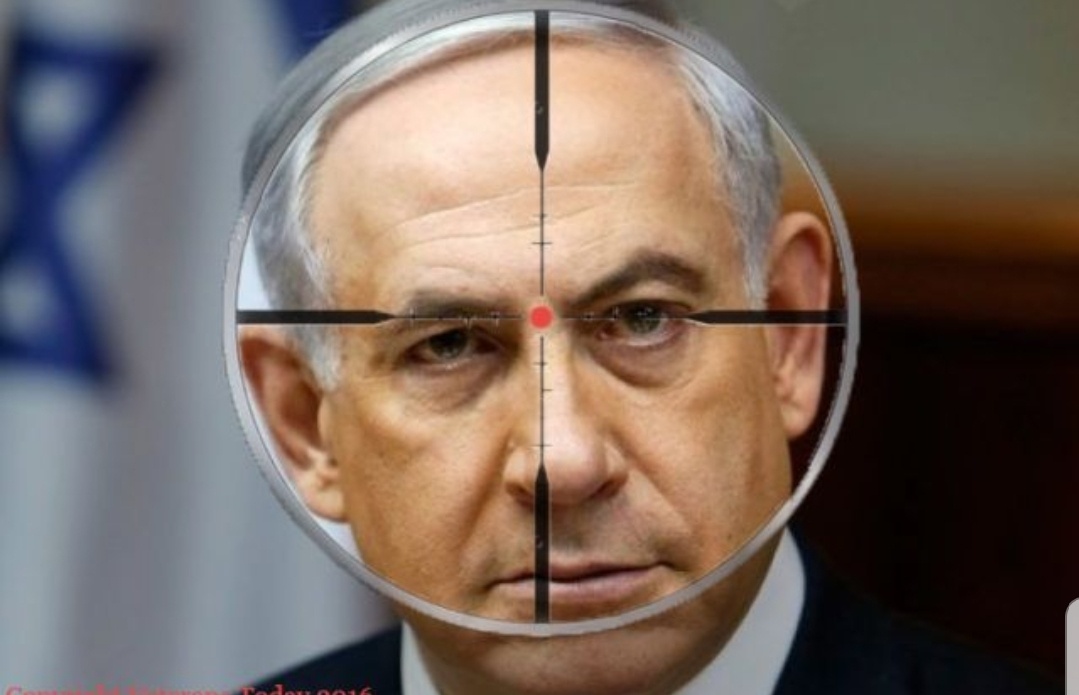 so
Reply to  Lupus

There will only be another in his place. Its the ideas (zionist judaism) that must die. Ideas sponsored by Love instead of fear.
Of course that doesn’t mean he shouldn’t be convicted for crimes against humanity.

Hasbara Hunter
Reply to  so

Bwahahahahahahaa there we have Miss Agent Nathalie T. Langley again….

I will be eating something else than Popcorn Miss…..???

Piss on your popcorn!

I still think Erdogan, Putin & Assad played a very good game….everyone bought their Story….the Turks did some Sabre Rattling up in the North….Trumpster pulls out cause he finally accepted the U.S. & their Lapdogs were defeated…Kurds get scared…Mister Assad together with Mister Putin were already waiting for the Kurds to have a little conversation & to do a little Negotiating….next Problem to solve will be to find the Kurds a new place to stay somewhere in Syria….Erdogan doesn’t like to see them return to the Syrian/ Turkish border is my guess….a little Safety-Zone of 30 Kilometer guarded by Syrian & Turkish border patrol might be an option….the Kurds kinda Squandered their opportunities…..

He is a monster

like in afrin they do the same in manbij, re-use old footage lol

Looks to me like Er DoG an is just reusing the same old Turk lies and deceptions. Turks only attack a sure thing, never where they may get slapped down.

He should just reconvert back to Christianity and be a Turk- killer like his great grandfather was. That would be nice.

The sultan will not dare attack Manbij now the SAA are in control – how would he justify it.

God told him to do it perhaps :)

God told him to do it perhaps :)

It will be up to the real decider in Syria … Putin and the Russian elite; Erdogan wouldn’t risk pissing off the big bear but if the big bear says a-okay then maybe he will.

His plan is to finalize all the big powers crushing the arab spring uprising. The counter revolution is still moving.

Hopefully, we shall see. So far so good i would say.

Hopefully, we shall see. So far so good i would say.

The Goal of Turkey President is to Eliminate its long time enemy the YPG PKK, SDF.

He is on the loose.

He thinks a game of tic-tac-toe is a psychological operation.

He thinks a game of tic-tac-toe is a psychological operation.

I’m getting my popcorn ready for the Turkish-Syrian war. If it came to that, Turkey would crush Assad like an insect because the SAA is so laughably pathetic. If Russia can get some accomodation from Turkey, they’re not going to spend more money on Assad than they need to, and Iran is too far from home to render any serious opposition to Turkey.

Ultimately, expect the key players to carve up Syria into spheres of influence.

Russia isn’t going to throw the Syrians under the bus just because something else comes along. Russia has to offer something to the world that the USA and the west currently isn’t. That’s being a dependable partner rather than being a corrupt opportunist who can’t be trusted. Russia has said all along that their mission was to return Syrian lands to their rightful occupants. Handing Syria over to the Turks doesn’t meet their mission objectives aside from the fact that backstabbers make for bad partners.

so
Reply to  Natalia T.

Its ok. Just wait until the next time the Russians find out that his plane is about to be shot down. By his own Army! What do you think will happen? PS. I think his plane will be shot down. Hard to enjoy a dictatorship when your Dead.

Natalia T.ranny yeah, eat popcorn and stop eating shite… anyone who hopes for more blood in Syria should choke on its own blood asap.

I’m getting my popcorn ready for the Turkish-Syrian war. If it came to that, Turkey would crush Assad like an insect because the SAA is so laughably pathetic. If Russia can get some accomodation from Turkey, they’re not going to spend more money on Assad than they need to, and Iran is too far from home to render any serious opposition to Turkey.

Ultimately, expect the key players to carve up Syria into spheres of influence.

” If the [terrorist] groups leave, then there is no job left for us,” the Turkish president added.”

Its high time then for erdogan to withdraw all his sponsored terrorist factions and close his border to supplies to all the other illegally armed terror gangs in Syria.

Those terrorists that he does not really want in Turkey could be sent to the EU where they belong. :)

“We are against the partitioning of Syria, Erdogan says ,the muster mind of Syria’s Terror, is talking a lot of garbage.”

Lets not forget to praise Trump who despite all the opposition from the new world order deep state traitors got this breakthrough of peace to happen.

Funny. Don’t forget you’re talking about a guy who can’t even tell the truth about his own weight. I’d argue “this breakthrough of peace” (if two armies massing for battle can be called peace) was brought to you by the SAA and Russian Tac Air. Emperor Fake n’ Bake? Not so much.

Well only he could move the us troops out. Neither russia or syria would have.

Trump did it for one reason and one reason only; the deep state has him by the balls and his plan is go to the people and argue see I’m the anti-war President you voted for so vote for me again … the Syria/Afghanistan withdrawal decisions were all about trying to get re-elected in 2020.

He cares for america and americans. Other wise I dont really disagree with you. But its not desperation he always wanted to do so but let supposedly more experienced people convince him to keep them there.

Now it’s clear the status quo is hopelessly fucked. The smartest people are fucking idiots and hes given them enough rope to hang themselves with god willing.

Now the Russians will say a calm “No” to the delegation. Without much publicity. And Erdogone will have to swallow it. They will say some general BS like “Talks were constructive” etc.

Why would people criticise Turkey when it id behaving well? Erdogan has shown restraint. This is good.

The whole world is running a psychological operation against Erdogan right now, they worked out the best way to get rid of a madman, is to let him get rid of himself, give a madman enough rope scenario.