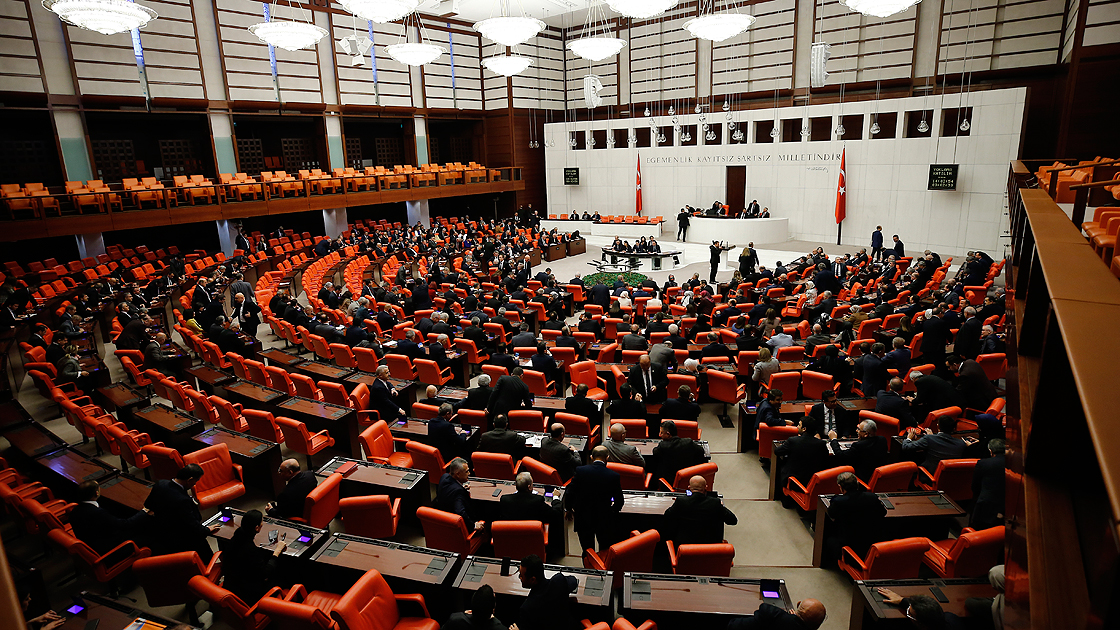 On January 2nd, the Turkish Grand National Assembly convened under the chairmanship of Parliament Speaker Mustafa Şentop to discuss the Presidential motion concerning the deployment of troops to Libya.

After approximately 4 hours of discussions and negotiations, the vote on Turkish President Recep Tayyip Erdogan’s motion concerning the deployment of troops to Libya was accepted.

The notion passed with 325 votes “for” and 157 votes “against.” The decision was accepted with a wide applause, by the majority MPs.

The vote on the Presidential motion on the deployment of troops will be the only item on the agenda of the Turkish parliament for the day.

Political party groups were given 20 minutes to speak, and after that the reading of the text of the resolution began. Negotiations followed, and a final vote was cast.

Prior to the vote, Turkey’s ruling Justice and Development Party (AKP) and its far-right Nationalist Movement Party (MHP) ally support the bill, meaning it should comfortably pass.

The secular main opposition Republican People’s Party (CHP) vehemently opposes sending troops to Libya, while Meral Akşener, the head of the opposition nationalist Good Party, is to meet the party’s members of parliament to discuss the bill before the debate.

There were no surprises, and whether the deployment would happen remains in question, since Ankara left itself a little room to maneuver. The approval of the bill doesn’t require Turkey to deploy any forces, but rather gives it a 1-year window to send troops to assist the UN-assigned Government of National Accord.

Turkish Vice President Fuat Oktay, told Anadolu Agency that Turkey’s decision to deploy military forces in Libya would depend on the level of violence in the country.

“This is totally related to the situation there. We are ready,” Oktay said in an interview. “Passing the motion in parliament has a political message. Why should we go there if the attitude changes after the motion is passed and they (Haftar’s forces) say ‘we are withdrawing, we gave up assault’?” he said.

Turkish Backed Terrorist are already in LIBYA , NOW the Troops are coming Approved by TURKEY Parliament

TURKISH PARLIAMENT APPROVES MILITARY MISSION IN LIBYΑ This budget line approved by parliament of Turkey is money the European Union has given to help refugees and money she has stolen from the Syrian government from the oil looted through the proxies. She is trying to play the role that Russia plays in Syria by stating that “if the legitimate Libyan government asks us for help then we will intervene” claiming that her actions are legal. This venture of Turkey will provoke a lot of reactions from the surrounding countries whose interests are affected and the final destination of Turkish expansionism policy will lead her to the brink of disaster. Russia and the US will first dismantle and distract her financially and the looting will follow.I hope Greece will have a piece of the pie.

Maybe all his Idlib buddies can follow they must be getting fed up with Syria.

The LNA giving up the assault to liberate their country of nato and US pirates. Not likely. The Turkish admin are in cloud cuckoo land if they think that a threat of Turkish troops will put a hold on any LNA advance. And what about their nato buddies, what do they have to say to Turkish involvement without nato approval? The US and nato are very quiet on the whole matter.

Lots of fluff from the Turkish Vice Pres about violence.LOL Bipartisan support to send troops to attack Libyan’s has more likely been reached due to the promise of profits gleaned from new oil&gas contracts.

The Turkish admin may well be thinking that since all other nato countries occupying Libya have had filled their pockets with Libyan oil and gas, that it may as well be their turn to exploit the country and in the process support a gov’t hated by the Libyan people.

I guess it’s now or never for the Turkish admin because they will not get a chance later.