Cars with Turkish officers are in Syria

On Sunday, officers of the Turkish Army held a meeting with Hay’at Tahrir al-Sham (formerly Jabhat al-Nusra, the Syrian branch of al-Qaeda) officials in Darat Izza town in the northwestern Aleppo countryside, according to Syrian opposition sources.

The Turkish officers entered Aleppo governorate via the Atme border crossing on the Syrian-Turkish border. They were escorted by Hay’at Tahrir al-Sham (HTS) fighters.

Several videos that shows the Turkish officers cars entering Aleppo governorate escorted by HTS fighters were published by locals on social media. This is the first evidence of a direct cooperation between the Turkish Army, a member of NATO, and HTS that’s a terrorist organization according to the US and all other NATO countries.

The Darat Izza meeting could be a prove that there is an agreement between Turkey and HTS indeed. However, the meeting could also mean that the upcoming military operation of the Turkish Army and Free Syrian Army (FSA) is mainly aimed against the YPG and the Kurdistan Workers Party (PKK) in Afrin city, not against HTS in Idlib governorate.

In a related development, Turkey’s President Recep Tayyip Erdogan said that the Turkish Army and FSA operation in Idlib governorate is in progress without any problems, according to the Turkish Anadolu Agency. Erdogan also said that Turkey will not accept to be “cornered by threats from Syria and Iraq”.

“The process, which began yesterday and was implemented this morning, is continuing without any problem …The efforts there [in Idlib governorate ] are continuing smoothly with our support for the Free Syrian Army,” Erdogan added.

According to opposition sources, the Turkish Army was deployed right on the borderline with Syria. However, Turkish Army units didn’t enter Idlib governorate yet.

Uau the Turks are in deal with Al Qaeda

this is so wrong – turks cant be trusted

i hope Putin do realized that he can not trusted Erdogan/Moslem Brotherhood forever..

You are absolutely right my friend, ”turks cant be trusted”
But, as I said before, after the Kurdish referendum in Iraq, everything changed.
It is in the interest of Turkey to join forces with Syria, Iraq and Iran in the face of a very obvious hidden effort from Israel and the United States to help the Kurds to fulfill their dream of a state of their own for the benefit of their new sponsors in the region. Think about it, my friend

do you mean turkey agenda is seize afrin from kurd and meawhile helping HTS in hama and other region syria facing against SAA?

if yes, then turkey is truly terrorist.. sorry.

Nop. Turks only care about Turks.
And right now the Kurds are their real problems to solve, my friend.

Maybe my friend, but with the weight of Russia as an ally of Iran, Syria, Turkey and Iraq allied with the last three against the Kurds, I don’t believe the United States fool enough to put his beard on such a big fire to support Israel from the Kurdish side.
Apart, enough they have, the damn Americans with the madman of the North Korea to get involved in other people’s problems I think.
Americans are crazy but not silly

what do you mean turk only care about turk is helping HTS fight against SAA in hama? and helping FSA since beginning to make a riots in all syria?

and arming MB terrorist to kill many civilian in syria?

Erdogan is MB leader. there is no way MB can join in coalition with SAA which is sunni moderate and Iran shia.

MB is follower Hasan AlBana and Sayyid Qutb, ideologist and hardliner thinker. and their idelogist is hate everyone including sunni moderate and shia..

Don’t worry every thing will be alright. God knows better than us. Read my post above. Currently the biggest threat is not Turkey, FSA and HTS but Kurds.

It is beyond my comprehension how the Russians can think they can trust anything that Muslim Brotherhood sack of shit Erdogan says. I know the Syrians don’t.

As expected, Erdogan said a long time ago “We will not abandon our brothers in Aleppo!” this was of course referring to the terrorists. But no matter. They are all just different bricks in the one same zionist wall that the people of Syria, Palestine, SAA and their allies will have to tear down!

It’s the fact that one week the Turks say and do one thing and do another and it’s usually in league with the terrorists.

HTS and FSA are smaller threats than Kurds and ISIS. America, NATO and Israel building a very big country which will be consists of Turkey, Syria, Iraq and Iran. So think about it. If Turkey takes whole Middle East I will be more than happy because then america and their allies cannot break them. The American, NATO and Israel strategy is to divide and rule on them.

All a cover up to esteblish larger Turk militairy presence in Syria to attack their real enemies in Efrin. HST/ FSA/Turks are the same manyheaded monster

I hope what you wrote is real.That would be a succes by turning enemy to another like other countries trying to do to turkey

So america and russia working with ypg is totally normal but when it comes to turks talking with hts ,turks can’t be trusted…
We already know what happens to countries make the mistake of trusting you

idiot turk. because since beginning russia always in syria side.

and since beginning, turkey back up all terrorist in syria.

and you want to compare what russia did and turkey?

turkey is traitor and have slave mentality. turkey claims that they are moslim. and turkey supporter always said turkey always defends Islam.

fucking shit liar. for many years turkey begging begging to join europe. for many years, turkey always to become nato and israel’s slave. turkey is king of beggar..

you say ypg is an ally of syria.You will se what kind of allies when you see them tearing Syria apart
Our Syria definition is even different.
Syria is Syrians not dictators from minority.

how can I educate myself while you say nothing against my comment and talk nonsense .
here :
what I say = russia working with ypg
what you reply = because since beginning russia always in syria side.

Stop being a troll , the Turks along with the dutch I find to be the real traitors to humanity as they will sell out anyone.

Your point towards President Bashar al assad, right. Bashar al Assad is from majority or from minority, nobody count this but people vote to a person that has capabilities, good education and could communicate efficiently. 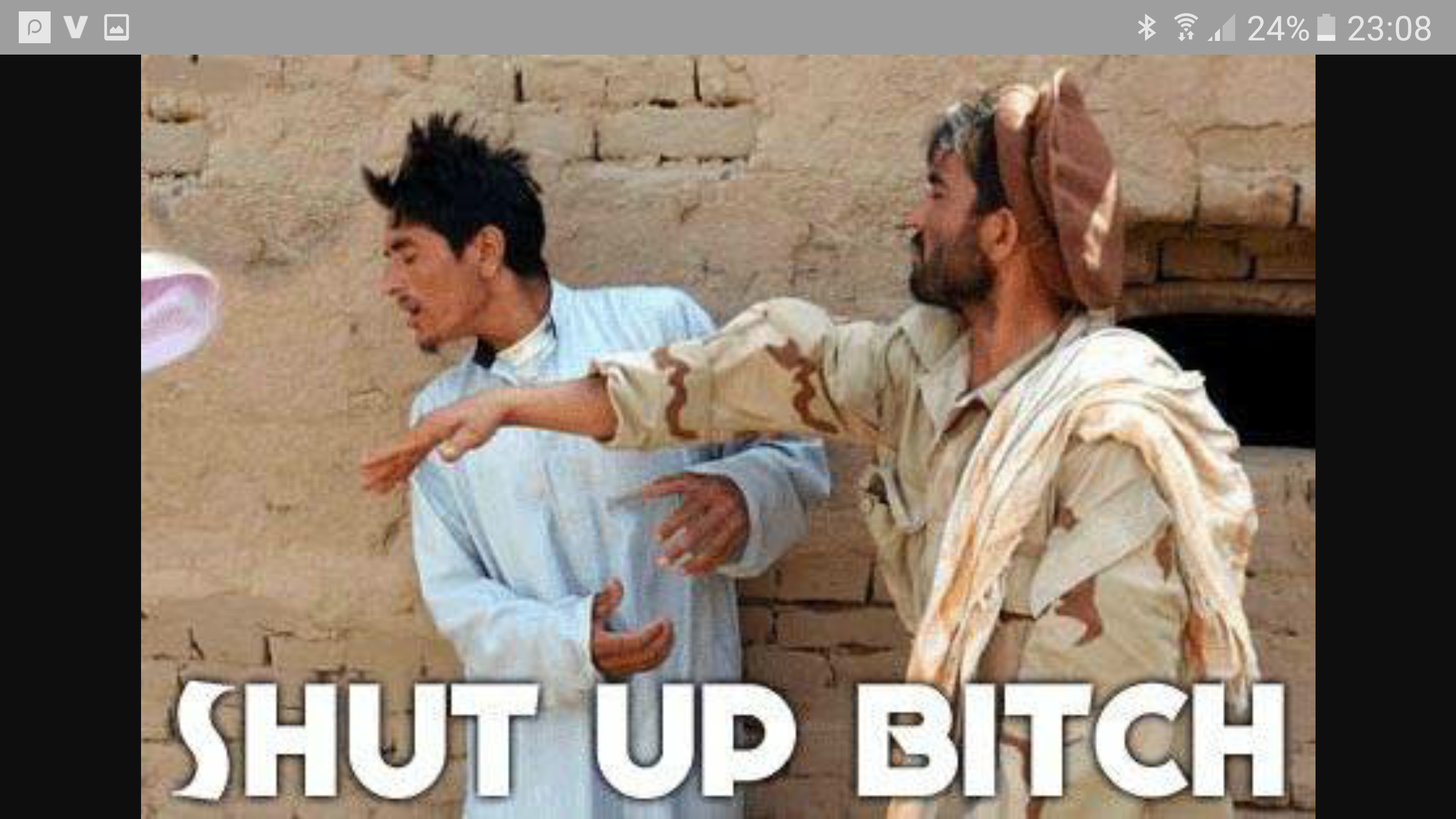 why are you showing moslem gays?

:) .Hardly anyone makes me laugh here my friend, but you alright and so much funny in your comment.

What you gonna do Ringo what you gonna do, when Allah gives a retribution and a deliverance to me, my friends call me the sleeper not the silly bugger.

wow.. unmasking true face erdogan.. I hope with this event, Putin realize that you can not trust Moslim Brotherhood forever.

By history, Moslem brotherhood can not be trusted. In egypt, they killed egypt prime minister, Fahmy Nokhrasy in 1948. In 1952, members of the Moslem Brotherhood destroyed some 750 buildings in downtown Cairo. they tried also killed Gamal Abdul Nasser. and afterward the language known by Moslem Brotherhod is violence until the highest Moslim Clerics In Egypt banned MB.

in syria, they always using violence to revolt to legitimate goverment. during 1976-1982, MB always use violence to bring down goverment. when 2009, Qardawi, the highest clerics MB met with Assad, qardawy said Bashar assad is the best leader in Arab because he help hamas.

and what did Qardawi say in 2011 shortly after the revolution? Qardawi said that Assad is kafir infidels, shia, dictator and an obligation for every Muslim to kill him.

if anyone still believes in MB then he is crazy or he is stupid.

Here in Greece we say have a Turkish as a friend but keep a stick always with you.
And believe me we know a lot about Turkey.

Here’s why HTS and Turks are being friends: the idlib front facing kurdish afrin is under HTS control. The Turks want them to hand it over so turkey can contain Kurds. Turkey will not fight HTS and HTS would like to redeploy to the south to fight SAA at Hama.

”Win – win” but not for much longer.
Because Russians are very resentful and do not forget so easily.
And so, the fatal attack on the HTS leaders is only the beginning of the end of those evil terrorists on the part of the angry Russians, being something very personal to them.

Yes my friend, I hope that too. 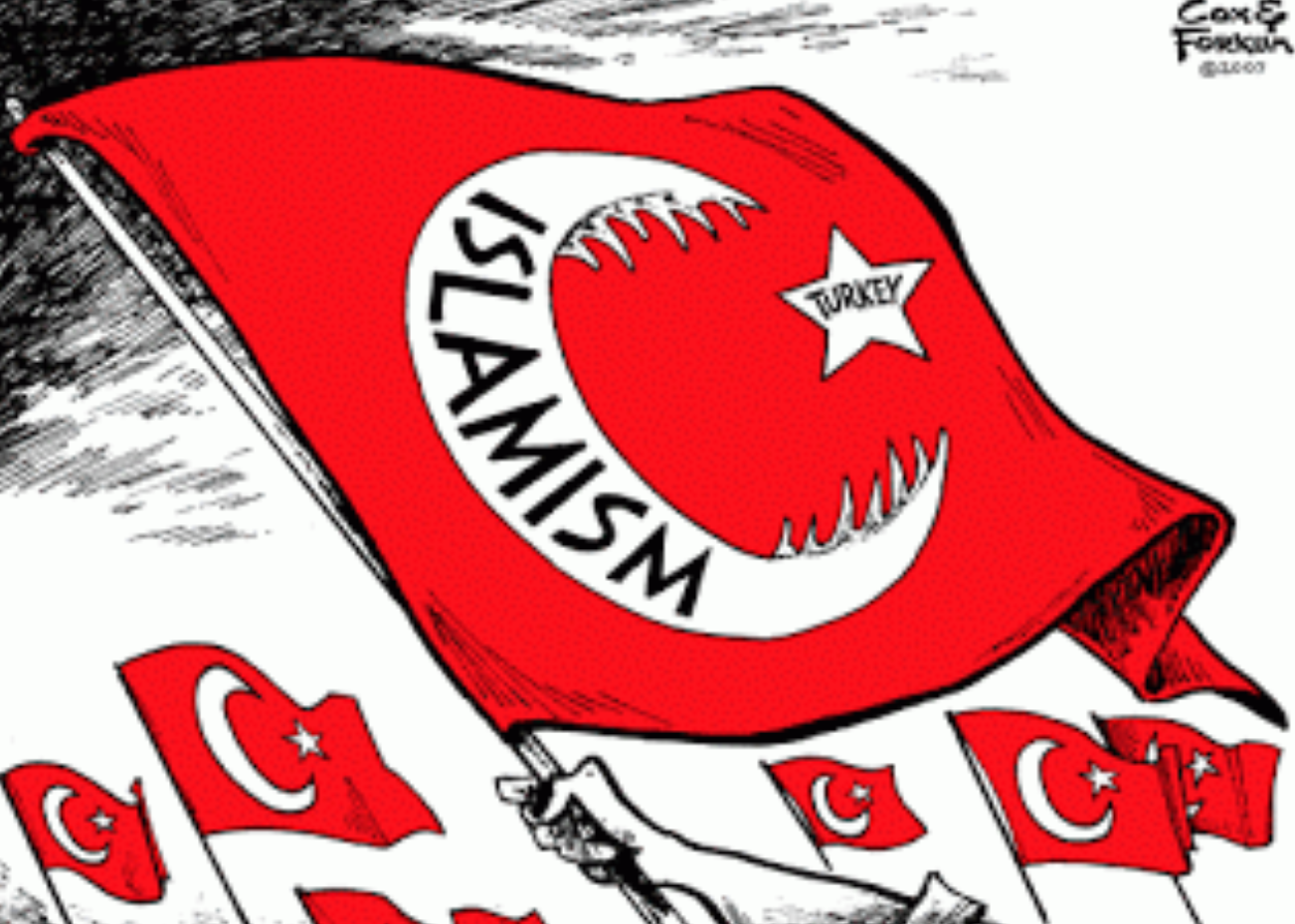 in ur ugly face after i did ur mums

but i already said pant if you can understand lol :D
and where are you from ?
using wolf as an avatar is turkish nationalist thing as I know

Sorry not even close to being a Turkgay symbol they are more suited to foxes which is more to their liking.

Once again Turkey is showing itself to be only kurdophoob.

HTS do not concern them at all, only as an obstacle getting to attack SDF.

SDF continues to fortify and soon they will have 50k+ fighters redeployable towards Afrin, DeZ and the turkish border.

You have so much reason mate.

Seriously, I am not at all surprised.
Inviting Turkey to Syria is like inviting Saudi Arabia to Syria.
No difference!

Of course and the biggest difference is that in Saudi Arabia there are no Kurds dreaming of independence, as in Turkey, Syria, Iran and Iraq.
Reason for which it is convenient for Turkey to join forces instead of disturbing its closest allies countries against the Kurds, and even more so after the false Kurdish referendum in Iraq, my friend

I don’t understand the surprise.
When did Turkey say it would fight HTS?
Through where do HTS get their weapons?
Turkey’s only agenda in Syria is the Kurds.
Erdogan welcomed the official invitation of the Syrian government to enter and surround Afrin.

HTS is a CIA monster, AAS is the Turkish monster, they have been in little spats but all will not go well for Turkey. HTS is still the number one project to destroy for Russia and Syria and other parties interested in their destruction. The Turks had their SOF there and the HTS met them on the road.

One just needs to have in mind that Turkey supports terrorists one way or another, that is all. One must not think that they are in Syria to kill all terrorists and help Russia and Syria.

makes me laugh…..Turkey a superpower trying to strike a deal with the enemy hts…….cant afford a civil war right?your brothers are now the enemy?no way. the preparations for war made me wonder….a couple of tanks only, some artillery?where were they going?a weapons show?not even the amount for a minor exercise…..the Russians wont like that……maybe it was all a show from the beginning….tried to convince the HTS brothers that the only way is to give the province to FSA and move elsewhere were it is safe for them. then Turkey will have fan killing Kurds near the occupied territory. i dont think Russia or Syria would mind given the fact that Kurds are US pawns .