The Turkish military launched on October 2 several rockets at positions held by Kurdish forces east of the occupied area of Afrin in northern Aleppo.

According to the Syrian Observatory for Human Rights (SOHR), the shelling targeted Menagh Air Base and the outskirt of the city of Tall Rifaat.

“There were no immediate reports of casualties,” the London-based monitoring group said in its reporter.

Menagh Air Base, Tall Rifaat and several towns south and east of Afrin are jointly controlled by the Kurdish People’s Protection Units (YPG) and the Syrian Arab Army (SAA). Several units of the Russian Military Police are also deployed in the region. 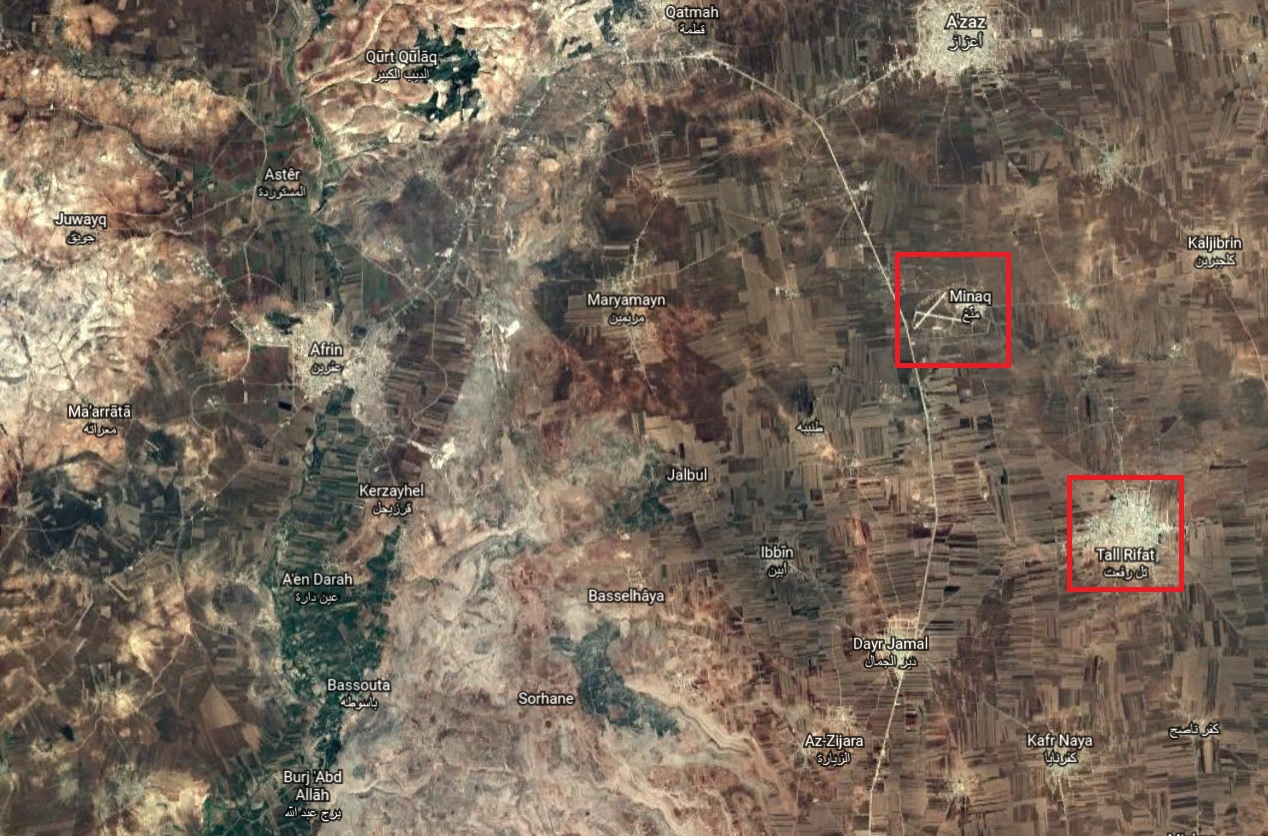 The so-called Afrin Liberation Forces (ALF) and other Kurdish guerilla groups are launching attacks against the Turkish military and its proxies from the YPG-SAA area on a regular basis.

A day earlier, an artillery shell launched from the YPG-SAA area landed in Afrin’s city center. The Turkish shelling could be a response to the incident.

turks and kurds go together like icecream and mustard and that is the precise reason why the safe zone in syria northeast will be unsafe shortly when turks will have to decide kurds and americans or syria with no kurds. easy to decide – the unhinged morons of Americá, aka usa, will be out the window and so will the kurds.

This article failed to mention the Russians and Turks have jointly coordinated patrols in this region, the joint patrols are supposed to stop the ALF easily crossing into Turkish held territory and attacking Turkish interests, but they haven’t been effective at all. But the Turks always know where the Russians are now and can easily avoid bombing any areas they know the Russians are operating in, so I suppose the joint patrols are at least helpful in that way, but they’re not very helpful to the SAA and the civilian population that have to live there, they still have to put up with the Turkish bombardments despite the joint patrols.