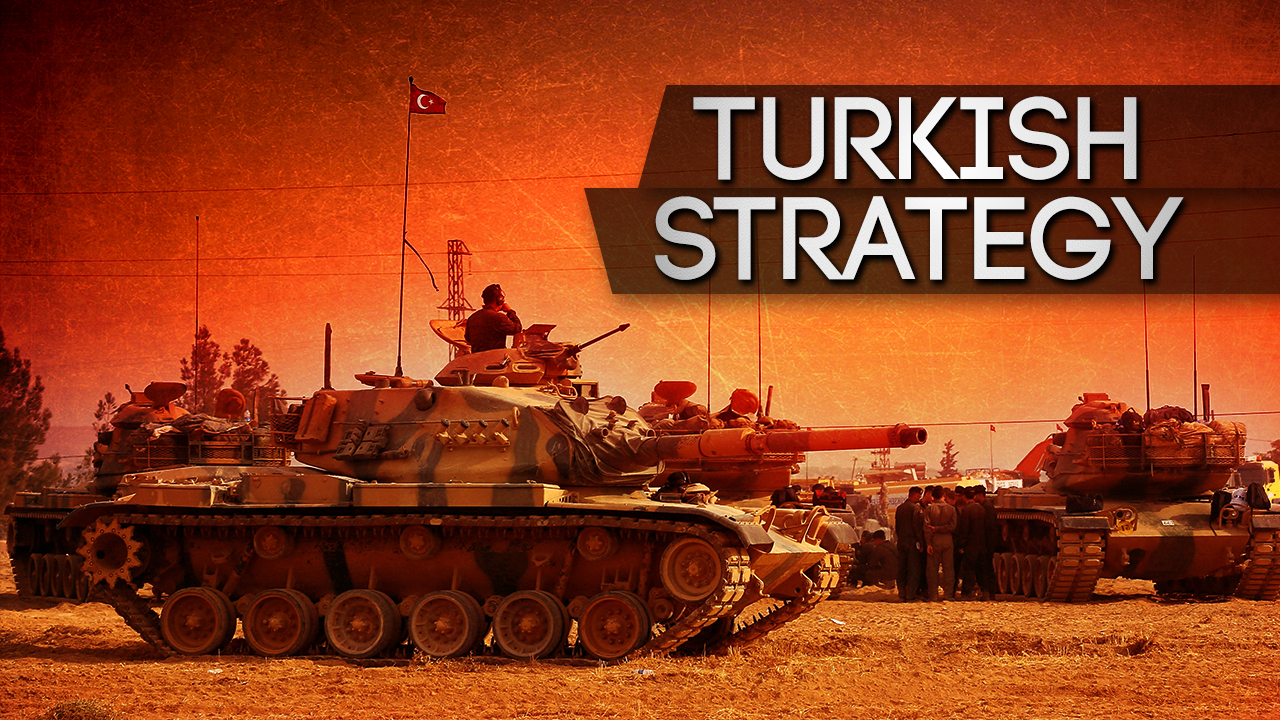 The Turkish forces continue to mobilize their soldiers alongside the militias affiliated with them on the battle fronts with the Syrian army within the “de-escalation” area in northern Syria.

On June 14, major movements of Turkish military columns were spotted moving to the fronts in the northern countryside of Latakia and the Al-Ghab Plain in particular.

The sources confirmed that military crowds represented by more than 15 armored vehicles and a truck transporting Turkish soldiers had headed to the battlefronts in the Al-Ghab Plain in the countryside of Hama, while other military reinforcements arrived at the fighting fronts in Latakia countryside.

As for Idlib countryside, the sources stated that the terrorist organization Jabhat al-Nusra mobilized their militants on the fighting fronts in the Jabal al-Zawiya area, monitored the military movements of the Turkish forces, pushed heavy vehicles and artillery to the front lines in Idlib countryside.

In response to the Turkish military movements, the Syrian army, in its turn, deployed military reinforcements on the various fighting fronts in the countryside of Idlib, Hama and Latakia, with the aim of repelling any possible attack by the Turkish forces and their armed factions.

The movements of the Turkish forces warn of the possibility of preparing them for a new attack on Syrian territory, especially since the sources of the Syrian Documentation Center had previously monitored, during the past few days, Turkish movements in the Idlib regions, some of which represented the repositioning of the Turkish forces on the fighting fronts in Jabal Al-Zawiya, in conjunction with the establishment of a military base in the vicinity of the town of Al-Bara, where armored vehicles and tanks were stationed, coinciding with the placement of a number of cannons in its vicinity.

Ahaha..Turks are poor(they were always poor btw) so they cant mobilize or attack anyone anytime.A little embargo-sanction from dumb Slavians or Allmighty Usa will fuck their butthole.

Biden let Erdo-gay talk, and Biden didn’t say anything about Turkic-isis…Biden forgot what he said and Erdo-gay jerk himself off most likely. No, I not joking Erdo-gay did jerk himself off, Biden most likely said fuk off like how he said it to Australia and UK at G7.

Also, SAA is not Kurds to lose 1.5/3 in few weeks to Turkic-isis Zion. We see how things go.

Kurds were invaded because of shithead and Russian BETRAYAL after being forced destroying fortifications as well by the blond shithead. If SAA would fight alongside and Assad agree autonomy, they could finally SQUEEZE the UNHUMAN GENOCIDALS and ITS CHIHUAHUAS, and even strengthen PKK through weapons and assistance, so that turkSHIT could be a past nightmare for all the World

How is your mama?

If the turkoid beasts try anything they should be bombed into oblivion.

These movements are not aimed at attacking Assad’s forces. They are a response to provocations and threatening movements by regime forces. They will not attack unless attacked. Turkey is just preparing for whatever the Russians and Assad are planning. Assad’s forces will see hell if they try anything. The TB2 drones are enough to wipe out much of his forces. Neither he nor Russia currently have any effective defenses against the TB2 let alone other more advanced Turkish drones that are capable of dropping glide bombs which are traditionally dropped from manned jets. This is not to mention the pin-point accurate missiles which are so accurate that they can hit a tank designated by surveillance drones hundreds of kilometres away. There are also the secret long-range missiles in Turkey’s arsenal. Missiles developed by Pakistani and Turkish scientists and which require no testing because they are tested in Pakistan.