On April 19, the Turkish military established yet another “observation post” in the northwestern Syrian region of Greater Idlib.

The post was reportedly established in the area of al-Ram, next to the town of Bassams in the southern countryside of Idlib. The area is located south of the strategic M4 highway, which links the coastal city of Lattakia with Aleppo city, the country’s industrial hub. 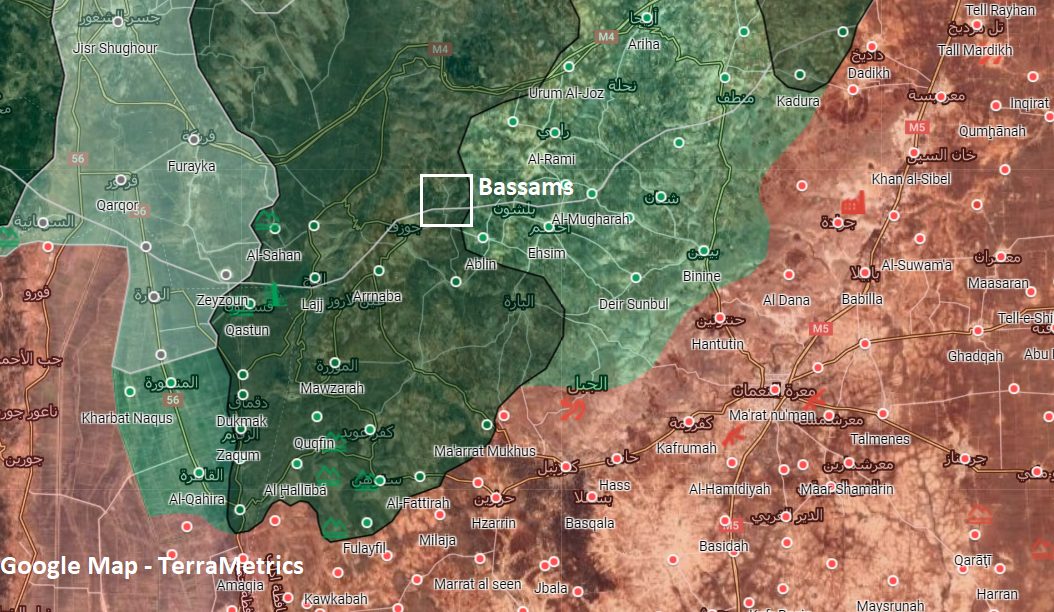 According to the London-based Observatory for Human Rights (SOHR), the Turkish military has established 59th posts in Greater Idlib.

These posts, which were supposedly established to “observe” the ceasefire in Greater Idlib, are in fact fortified military positions. Each post hosts dozens of Turkish troops. Heavy weapons, including artillery and rocket launchers, are also deployed in many of them.

Turkey had to reopen the M4 under the March 5 agreement with Russia. The establishment of new posts near the highway could help to facilitate this goal. However, it remains unclear if Ankara is planning to respect its commitment, or if it is preparing for a new confrontation with Syrian government forces.

59 ”observation” posts !!! Erdogan is working overtime during the COVID-19 epidemy… Will Russia accept this ? I doubt it…

Perhaps Russia doesn’t care, but I doubt Syrians will take it easy

again for the 99% donks and Putin cock suckers…….”great Job” …fantastic work Looking all smooth and well for SAA—sarcasm out

ps. the reason why the 1% can NOW fake a pandemic and ORDER the 99% selfimpose quarantine is because you fuckers ARE ZIONIST BRAINWASHED DONKS!!°!!!

Only a madman who has lost all his senses or a treacherous Zionist pig, could have the idea and come to the conclusion, that a turkish Invasion and occupation of syrian land would Benefit the legitamate Government of assad.

They all run the same Zionist satanic Agenda…be it in Russia or China or uk or USA etc…..

everything is done after a controled playbook…….Control Control Control…..this is the key element…CONTROL…….no matter if you are in USA or luxemborg or Russia or China etc… CONTROL…..were by the final curtain is the

no matter where you are…….this will be the final solution…….

it is a NANO Technology Tattoo, it cannot be seen with your eyes on your Skin, only after Special lighting is applied…….this is the “mark of the beast” ….. find it funny?????

A well-armed speed bump is still just a speed bump. Syria isn’t going to attack them directly until it has the capability to drop Turkish F-16s inside Turkey. At least the precious few operational F-16s and even fewer pilots that Erdogan will sacrifice to defend the observation posts if necessary.

We’ll see how many F-16s/pilots the Turkish people will tolerate losing for absolutely nothing before they finally string the Erdogan crime family from lamp posts in Ankara. The Syrian invasion was never popular in Turkey. Turkish soldiers’ lives being wasted in Syria isn’t going over too well with the average Turk. Now the repeatedly botched Turkish government COVID-19 response and half-lockdowns that are still destroying their fragile economy but failing to contain the disease? Millions of Syrian refugees but 25% unemployment among men in their prime working years? Food riots and hyperinflation are just around the corner – we’ll see how popular Erdogan is then. Erdogan can’t print his way out of this one or contain the rage of the Turkish people for much longer.

Remember when the Turkish lira was .40 to the dollar a few years back? I’m sure the Turkish people do. Smeagol has transformed all of Turkey into a bigger version of Idlib. Nice job, knucklehead.

Perhaps someone should tell Erdo that small and large military outposts were made redundant during and after WW2. Such ‘Platoon or company’ bases failed in Afghanistan and Vietnam.

These days, missile accuracy is such that fixed fire bases are the lazy option of control.

Do these ‘observation posts’ ever get used as fire bases today? Seems Turkey mostly uses long-range artillery far away from the Idlib observation posts, and the Turkish troops at the posts are mostly used as meat-based forward spotters. Maybe I got that wrong.

The overall intent seems more logistical – like headchopper supply depots and pre-placed invasion armor and troops if/when Turkey ever decides to move directly into Idlib and occupy what is now headchopper territory. Who knows if it would ever happen, but Erdogan is making the most out of the potential threat. The SAA can wipe out any individual post, but the real threat is all of these posts activating at the same time with long-range Turk artillery support and more armor flowing in from Turkey backed by Turkish air power. I doubt the SAA forces in Idlib could withstand that. On the same token, I doubt Erdogan could withstand the assured Russian non-military response against Turkey again if they tried something that stupid.

This will ensure an even sharper drop in Turkey’s ability to maintain these posts. SAA advance is looking to be so fast that Turkey will have to negotiate the safe extraction of Turkish troops from Idlib after they have been completely overrun and residing in SAA controlled RED SPACE.

designed so the turks can observe their jihad proxies scurrying away in defeat…r their drones unable to “observe”?