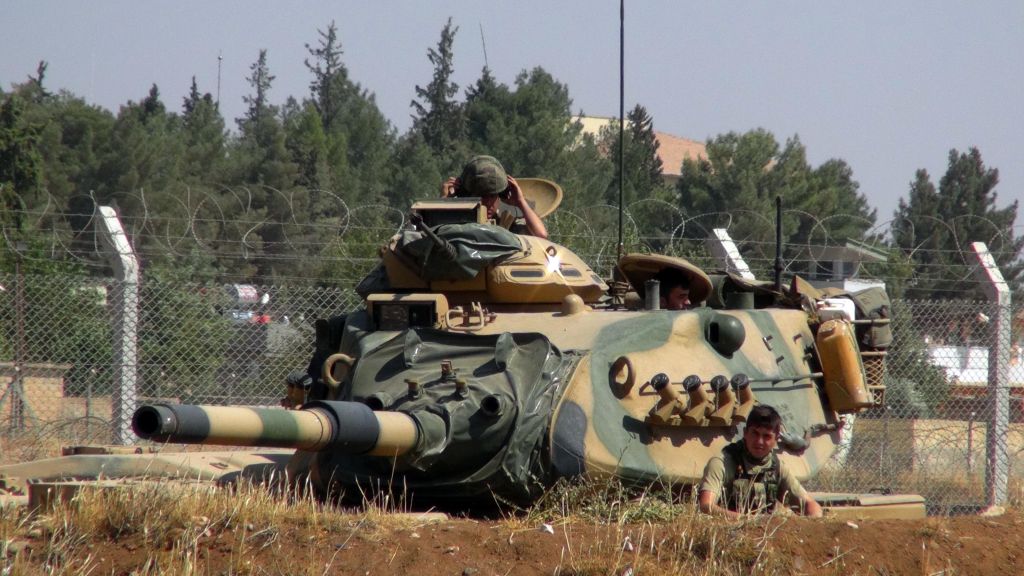 The Turkish military has established a mega-base next to the al-Bab al-Hawa crossing with the northwestern Syrian region of Greater Idlib, the Step News Agency revealed on March 17.

A source in Turkish-backed forces told the pro-opposition agency that the base, which is named “Cilvegözü 50,” is the main point for the Turkish military on the border with Syria. All the decisions related to the movements of Turkish troops in Syria are being made there.

According to the source the Turkish base currently hosts:

The Step News Agency shared a video of the Turkish base which is located 1 km to the north of the border line with Syria. The video shows dozens of vehicles as well as surveillance systems in the base.

According to the agency’s sources, the Turkish military will further expand and fortify the base in the upcoming few days. Three checkpoints will be established around the base.

The Turkish military maintains more than 60 posts and bases in Greater Idlib, where many terrorist group are active. Thousands of heavily-armed Turkish troops are currently deployed there.

Turkey appears to be building infrastructure that would support a large military deployment in Syria for the long term. Ankara is clearly not planning to leave Syria anytime soon. This could only further inflame the war.

“”” Turkey appears to be building infrastructure that would support large military deployment in Syria for the long term. Ankara is clearly not planning to leave Syria anytime soon. This could only further inflame the war.”””

Do not listen to Erdogan’s vanities, actions speak louder than words.

You don’t count “moderate” terrorists as Turk soldiers that will use those IFV’s “armored vehicles” yet Turks might count them….

That will make a nice target for a shit storm of ballistic missiles.

like pearl harbor, the cia and turkies/gullen militairy will do anything to allure syria or russia in to a war with turkey. This is a bait they can’t refuse but hopefully will.

Could be a target for false flag

The turkey would do better to get out of the way, the agreements are clear, terrorism will be eradicated from Syria and first of all from Idlib, so when the rain of missiles on the positions of the terrorists starts, the turkeys that are still nearby will be just an unpleasant one. inconvenience, after all they had all the time necessary to move to safer areas, and will be remembered just as collateral victims.

The bigger the bases the better target for Iskander’s, Karlibr’s, bombs etc. Turkey will receive lesson from Russia in due time

you forgot the M.A.D. Turkey use this against Russia and use Russia at the very same time to emanzipate themself from NATO.

Turkey are withdrawing Syrian mercenaries from Libya after a deal with the US. Turkey moves a vast amount of equipment and troops to Syrian border. It makes me wonder what kind of a deal Turkey and USA agreed upon.

Very very bad turks base will be sweat target for balistik missile. Not that from Russia / Iran, rather could be false flag from ISISrael.