The Turkish military has deployed additional troops and equipment, including a mortar detection system, in its main observation post in the northwestern Hama countryside.

“The [Turkish] convoy entered from the area of Khirbet al-Juz, through rural Idlib, and headed to the observation post in Sher al-Maghar, which was surrounded by al-Assad forces from the western side recently,” the Enab Baladi news outlet quoted its reporter as saying on May 24. 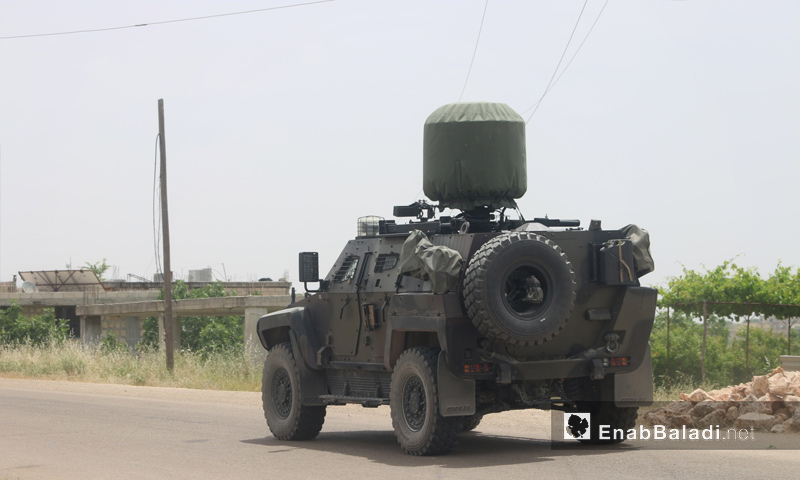 SERHAT II is a mortar detection system developed and manufactured by Turkey’s ASELSAN. The system provides a 360° azimuth coverage and has a detection range of 6km. 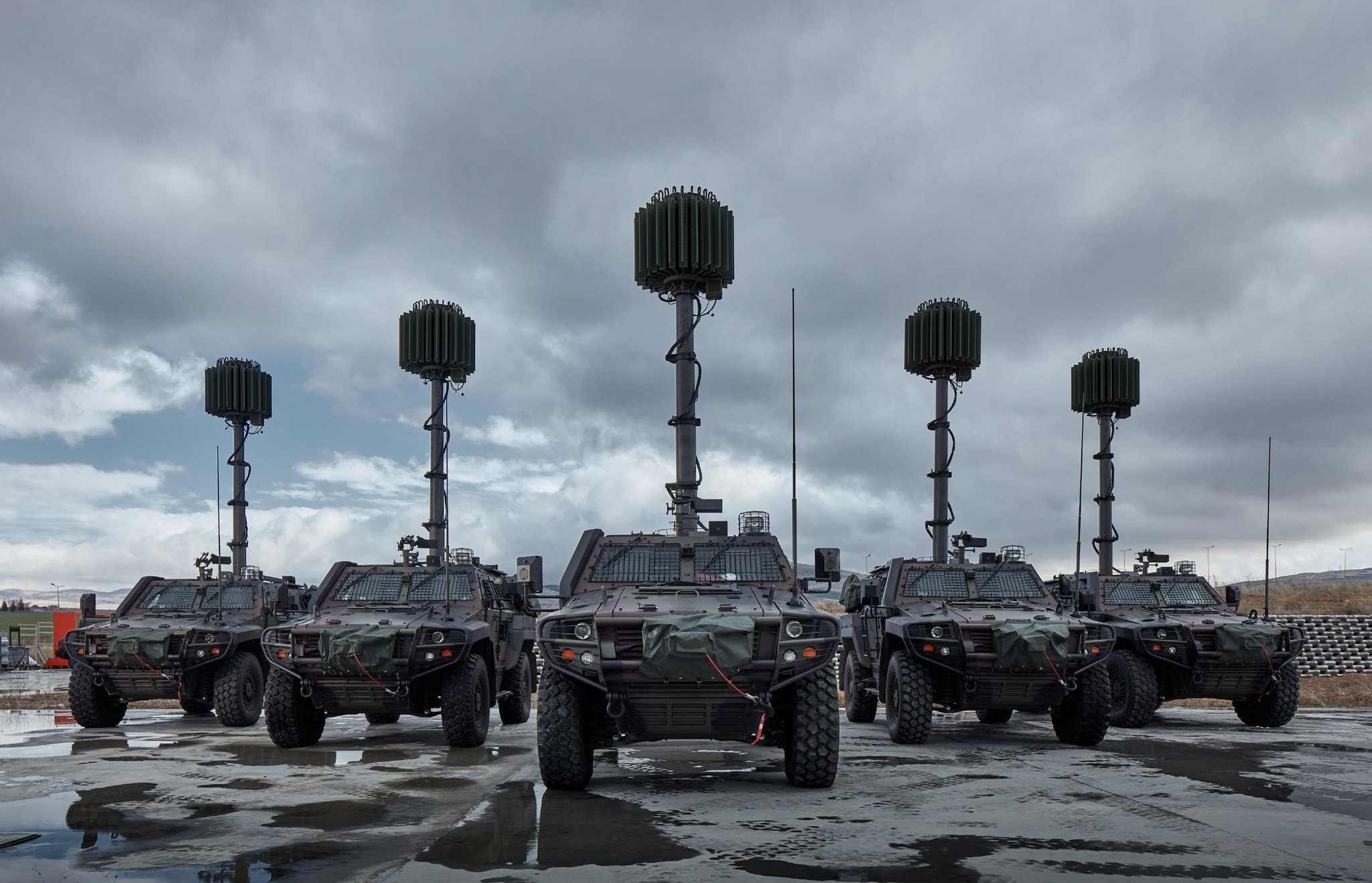 The Turkish observation post in Sher al-Mahar was targeted with mortar attacks twice in May. The first attack, which occurred on May 4, injured two Turkish service members.

Opposition activists held the Syrian Arab Army (SAA) responsible for both mortar attacks. However, these accusations were not officially adopted by the Ministry of National Defense of Turkey, that has not identified the attackers yet.

The deployment of mortar detection system indicate that the Turkish military is working to determine the source of fire, and in some cases even to strike back.

well this is the result….in afrin, in Idlib, in hama…absolutely ridiculous

for the breavest of the brave my houhti Brothers, who like hezbollah , dont take no shit…..ps. funny how russia voted with uk and USA against the houthis in the security council and for the Saudis…..….hezbollah, houhtis would never trust the russians…never… and they know why!!!!

Victory of Islam over who? Aren’t the patsies working for murica all moslems fighting against a Moslem country,all for Uncle Sam?

thast the houhti Slogan i Quote…i aint no Moslem…..ps… the Saudis are Moslems????yeah on paper Maybe only no true Moslem can sit in the same room with a Zion ist jew without trying to starngle him……

As usual. One more having been forced amputated by birth as well as the brain was too. Some patent.

Even muslims say, there at least are 3 sunni versions of Islam as welll as the Shiit one.

Maybee You are number 4 far out.

I can do sentence fragments too you danish nazi!

Arnte
Reply to  klove and light

“God is the Greatest, Death to America, Death to Israel, Curse on the Jews, Victory to Islam

this is the houhti Slogan they use in each Video u see…..ofcourse i translated it from arabic to english!!!

But we are talking about Syrian, you brain dead, piece of shit.

i see you have not blocked the shit4brains yet.

No he is blocked, the screen just updated.

I want to show you a screen shot, but, well you know.

Which God is the greatest. You have no patent in Gods. It seemes there are many of them.

Even so, I only see bad people and many of them. Gods seemes to have some lack of influence.

Even muslims seemes to have many being very far out Cousins.

Muslims.jews and christians have the same god, come on you know that!!

I dont see that. Not even muslims can stay together in peace not seperatet by concrite walls and with no opium.

1 GOD, many prophets – even my Muslim mates reluctantly agreed.

I wasn’t aware that that the hourthi’s war cry.

Syria needs to send in some planes to knock out Aselsan. I know it is hard and suicidal but so was Doolittles raid on Japan in WWII. The planes and/or its bombs must be able to take out the factories and put them out of action for at least a year .

Syrian are not Japaneses, they run away from terrorists when they see they can not overpass them, even leaving sophisticated weapon at the place.

Those are not Syria. The fight against Syrians and helpers.

Next time You can make corrections such as Hesbollas, Iraniens, Russians and Palestniens. And dont forget “forced recruitments”.

A bullet a day send the spendables away…

and here for the smart asses and the upcoming war with Iran which i mentioned Always since years is inevitable..(and some comment back to me with “you are inevitable”..lol….. they dont even know what the fucking word means..and thats exactly the Problem with 99%…uninformed,,dont read books,,,degenerate plain and simple stupid) and as i have written in the past days…….the troop number of US Forces i iraq

TEHRAN (FNA)- A senior Iraqi lawmaker blasted the US for not pulling out its troops from Iraq, and underlined that the number of American forces in the Arab country has considerably increased. “A large number of forces and military equipment have been sent to Ain al-Assad without any permission from the Iraqi government, noting that the number of American forces in Iraq has exceeded 50,000,” Member of Iraqi Parliament’s Security and Defense Committee Karim al-Mohammadawi told the Arabic-language al-Ma’aloumeh news website. The Iraqi lawmaker reiterated that the US plans to turn Ain al-Assad airbase in al-Anbar province into a key center for its air force in Iraq. He noted that the US wants to turn Ain al-Assad airbase which is a regional base for operations and command into a central airbase for its fighter jets.

i got ridiculed last week when i wrote that the true us Forces numbers exceeeds 30,000 already without counting the 16,000 working at us embassy…… welll here u have iraqi parlamentarians Talking of 50,000 US troops!!!

Well, look in the mirror. Those numbers has been well known for years.

And You are wrong too. Many of those foreigners are not even from USA but helping hands from the coalision.

Denmark as a very small one has had upto 250 but they have been as teachers, logistics and radar experts.

You – of course – also forget, that we were called back as helpers for Bagdad hardly having any armny as well as airforce. They have now.

The many You mention as affiliated to the their Embassy are civilians or semicivilians transporting supply and some even from Basra to SDFs in Syria.

seriously , anybody believeing this russian bs is either a Zionist dirty jew, totally brainwashed, or plain and simple on either drugs or on booze!!! ps. not even “normal” stupid Folks belive this bs anymore…it is RIDICULOUS

Of course Russia knows this and allows Turkey to do this. What Putin do not expect is that Turkey gives weapons to terrorists to attack Russia military basis, and that is already happening. Well, mmaybe it worth to give up military basis for selling S-400, for having gas pile line, and for constructing nuclear reactor in Turkey.

Oh do be quiet especially regards, repeating your self – please.

This is a war, not a battle.

If we ever get to the end of this long road and it is obvious that Turkey let the Turkish pigs do what they wanted, I will be the first to apologise.

Akepenin yan kolu Cehape
Reply to  You can call me Al

You can call me Al
Reply to  Akepenin yan kolu Cehape

you getting to be boring kid. In war what is happening it is normal, if you are in any hurry why dont you go there and show them how is done? Just dont forget to take with you a lot of diapers you need them, if you survive that is.

I WW1 they had very good results by triangulating horns for listening.

The importance in that is to hit back fast before mortars are moved. The weapon against that listening is the same as for tanks and artilley. When the barrel gets hot, You move Your equipment to a new position, when it cools off. The new positions already are prepared.

The WW1s were quite accurate and fast connected by radion to own heavy artillery. Radars and the rest might be faster responce.

Using masts like that says direct visible in the walkie talkie freqenses or radar for real.

Maybee the soldiers use periscopes too. Arnered Techs help too. Haha. No white helmets.

It probatly works well, but they might be good targets themselves.

Haha. Nice to see old days now and then. I would say aircrafts mainly are too fast and has to be found on low distance.

Denmark has had another system, which worked well. The home defence had a lot of small towers all over. They could catch airplanes below the radars well and send messages to the airforce having rapid response.

Assads could use that against Israel as an option giving how many and direction. It wasnt expensive. The local homedefence was unpaid but were light armed by the goverment incl. many mines for the roads to delay Russians.

Not expensive is a good option for people which hardly can effort to fight, but of course it worked because it was very well organised too.

Nato several times were surpriced. Even very flat its possible to hide jets in the valleys of Denmark, but they are seen even inthe dark and do make noise.

LOL, they might be effective against mortar attacks but what about long range artillery, the SAA has lots of those too, LOL. Look President Putin, your mate Erdogan is setting up equipment that will not only inhibit your SAA allies from attacking them, but will also allow them to retaliate against the SAA if they do, looks like the Turks don’t intend on giving up this OB post without a fight.

Any anti-radiation missiles left in the SAA arsenal?

These radar are for help and coordinate terrorists attacks to SAA.