On October 18, the Turkish Armed Forces deployed a large armored unit in the northwestern Syrian region of Greater Idlib.

The unit, which consisted of several Leopard 2A4 battle tanks, Kirpi and Vuran armored vehicles, took position at the town of Josef in the southern Idlib countryside. The town is located south of the M4 highway, which links Lattakia and Aleppo.

The Turkish Armed Forces may be planning to establish a post in Josef. Earlier this week, a new post was established near the town of Qoqfin in southwestern Idlib.

The military buildup in southern Idlib coincides with reports of a near Turkish withdrawal from a post besieged by Syrian government forces in northern Hama.

Turkish forces are making preparations to withdraw from the post, which is located next to the town of Murak. The withdrawal process will reportedly start within 48 hours.

The situation in Greater Idlib remains far from stable. The remaining militants in the region are violating the March 5 agreement on a regular basis. Turkish forces are doing nothing to stop these provocations. This may soon lead to a new escalation.

Well someone has to protect those light armored Russian patrols.

And tanks are the best option for that ? You’re fooling yourself.

I bet if Russians brought their own tanks you were saying that’s the best option :)

No, I would say that’s a stupid use of tanks. Totally ineffective for said role.

You are very right. It’s a stupid waste of tanks.

I think a tank crew have better chances to survive an IED than armored truck crew.

Zio-America’s experience in Iraq would beg to differ.

Ied’s destroyed a lot more humvees than abrams in iraq, take a break with that vodka, komrade.

” When losing an argument resort to name calling and put downs. ”

Thats fine, believe what you desire. However, if you think performing patrols in a tank is a smart and worthwhile endeavor, you would be going against the whole history of armored warfare, but I’m sure you know better then all those generals and tacticians.

I hate IED’s, I don’t like to spread myself too thin :)

Turkey fills the gap of retreating Americans, in ME and Central Asia. The current war is also a very good advertising for Turkish drines, I bet they will make lots of sales.

Perhaps Turkey should post some Leopards west of Al Bab.
No wait, probably not a good idea.

um why shuld they use heavy armor for patrols? I mean they can but thats a very stupid waste of a valuable asset on the ground not to mention how large heavy and expensive they are to operate.

Just in case scared Russian soldiers pay the tickets for the charter tank.

littearly nothing what you just said makes sence.

We are so different that we can’t understand each other, almost like aliens.

Why would you use sarcasm against Russians. Don’t you know they are not permitted even to smile:)))

He was of jewish russian and german swiss ancestry though. Still, those don’t laugh either. Interestingly most of the academics that created socialism were German. But Russians took it very seriously instead.

They were used with mass murder, ethnic cleansing and collective punishment way before communism, cuz they are stepe people so communism fits like a glove. 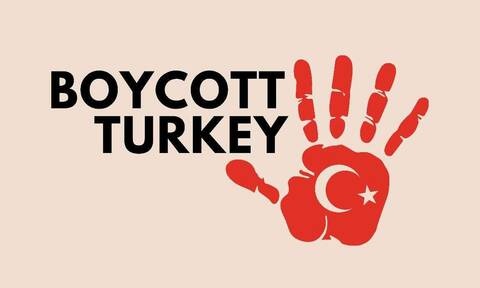 And who gives a s*** iceberg

Actually Turkey is not a tank power at all. They are more into Motorized infantry. A tank power is Russia, so if indeed tanks will become useless in future warfare, Russia will be the first country thinking what to do

This is a show off. Turkey can’t do much now in Syria, because it is already heavily involved in war in Lybia and Azerbaijan. They can’t even protect theirs Wahhabi proteges.
Empty threat, and there we have large protest against Erdogan and pkk and entire goverment. Of course msm won’t say a thing about these protests, even if bloody hell happens.
The masquerade is over and masks falls down.

Libya has a relative peace going on, and in Azerbaijan they have few jets, mostly involved with drones and their operators.

Anus.. if Türkiye wants they can reach Damascus in one week…

You had 8 years.
Your al nusrah pets never got the job done, what makes you think you can?

Mike whatever you call them I don’t you a Jack’s.. t.. Turks there two to stop kurdish terrorist reaching the Mediterranean Sea and stop them firing Turkish City Killing Innocent Turkish people using mercenary is part of the game

Even though as an Indian i have differences with Erdogan, I admit that Erdogan is the only leader with balls in the middle east.He has been doing what he says so and it seems that the Saudis will lose to turkey.

Until today this leopard tank have prove nothing in combat ,,,

per capability its a good tank, but due to lack of real action, the upgrades are not fully relevant to modern warfare

Tanks are just drone fodder, at least they are if you’ve got plenty of drones, so I think Assad needs more drones, and he needs really good ones and he needs them fast, because we don’t want a repeat of the last performance.
I wonder why none of the brilliant military strategists made contingency plans for a possible shock and awe operation the likes of which Erdogan has now launched not once, but twice, first here in Syria earlier this year, and now in Azerbaijan/Nagorno-Karabakh.

all assad has to do, or his army-people, is to get the leopard into the cross-hairs of a manpad and erdogan will regret allowing such a costly instrument into enemy-territory. not even the best of the wests armed stuff can survive a hit by a manpad of today’s capacity and that is why tanks are better off in the flatlands at speed. standing still they are like ducks in a row.

the war in syria is drawing to a close and the turks can’t do much about it neither will the dumbed out morons from the disunited states of A and that leaves the kurds and they will be dealt with once and for all. and once that is done turkey, iran, syria, iraq and hezbollah can agree on how to get the thieving and murdering jews out of palestine once and for all.

As I walk to a grocery market to buy vegetables on a serene Saturday morning in my calm and peaceful tiny town, I always dream of Turkish Leopard Tanks scaring people, stinking up the street, poisoning the environment and destroying the beautiful silence.