The Syrian area of Afrin is under a “complete” control of the Turkish Armed Forces (TAF) and the Free Syrian Army (FSA), the Turkish General Staff said in a statement on March 24.

According to the statement, Turkey is now conducting efforts to help civilians return home in a secure way.

Separately, Chief of General Staff Gen. Hulusi Akar announced that there are still few villages, which Turkey seeks to capture south of the city of Afrin.

“There are 3-5 villages left in the west. We will arrive in the suburb of Aleppo called Nubl-Zahra and Afrin will be completely secured soon,” Akar said at a conference in the capital Ankara.

According to the Turkish military, 3,733 “terrorists” [in other workds Kurdish fighters] have been “neutralized” in the framework of Operation Olive Branch in the Afrin area.

Kurds reproduce like rabbits; 30-40 people in a single family. 3733 is not many; reinforcements are on the way. Their women are working hard. It takes a lot of ammunition to eradicate this problem…

And when they reproduce so fast , they are doomed with poverty and lack of sufficient education.
Ideal puppets and cannon fodders for their masters.

Google giving to new employee $97/h to complete few jobs from a laptop .. Labor for only few hours & stay more time together with your own loved ones .. Any person can also catch online jobs community!last weekend I bought a brand new Chevrolet after I been getting $6072 this five weeks .it is absolutely the most rewarding however you will not forgive yourself if you don’t get it.!mx863x:➪➪➪ http://GoogleWageInternetBusinessOpportunities/get/pay/98$/everyhour… ♥f♥g♥a♥♥♥s♥o♥♥m♥s♥♥n♥c♥♥♥q♥♥j♥♥♥o♥v♥♥n♥u♥♥♥e♥m♥♥w♥♥e♥♥g♥♥♥q♥♥♥u♥♥♥r♥♥t♥♥g:::::!ox552l:bzo

they don’t charge for google search. You can always search & learn for free..

so, fuck your grandpa!

you cannot fuck me. I am a man. Sodomy is the kikes’ and their puppets business, like yourself. My avatar must mean something to you…

no I am not. but I am also not a Jesus fondling polytheist scum like yourself!

You’re a shitty goatfucking raghead, don’t deny it. Your brains are full of termites and maggots, like most Turkish degenerates.

I’ve never met any turk who is a man. They are all weak, fragile creatures. I could break their little bones with my bare hands.

unfortunately Turks do also… all the Orc races do

I don’t know what otcs are , but I am sure they have taken care of greeks all the time in the past. that must be what is bothering you. your comradfes: another crappy group of people. were you supposed to be in the streets throwing Molotov coctails in Athens now?

The Ottoman’s needed the Greeks and others to be their Janissaries all Khazars are like that even those that fled to Israel.

What the hell are you talking about, dude?

The Kurds of Iraq: Nationalism and Identity in Iraqi Kurdistan
By Mahir A. Aziz
keep in mind the wide spread polygamy ; 8-10 mostly relates to the singe household of the patriarch, not considering other households with his other wives… 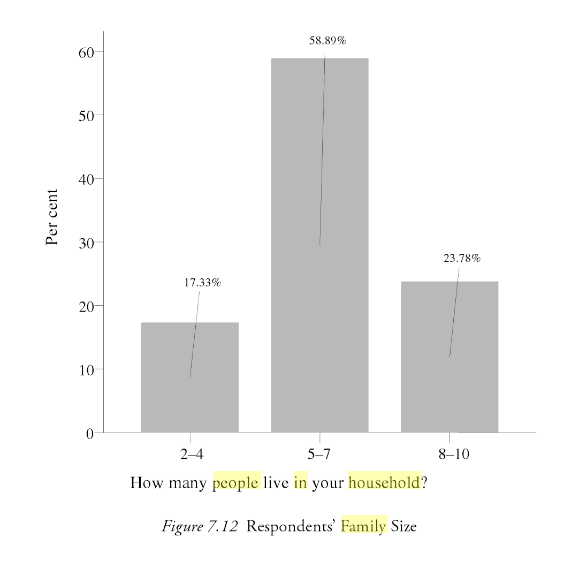 Look at fertility rates of south eastern Turkish cities in the second link. Moshe is right.

go live with them and tell me when you are back!
what is lmao? internet kid terminology?
Don’t make any assumptions as to my education. you might be shocked…

Its not “internet kid terminology” its called basic demographics, something you have absolutely zero understanding of. Household size is not fertility rate dipshit, the 2 are completely unrelated concepts.

Yes, on average the kurds have slightly higher fertility rates than Turkish people, but again household and family size is a completely irrelevant measure for that. It doesn’t add any credibility to your argument. 30-40 people in a single family? My god you are fucking retarded. Even subsaharan Africa doesn’t have average family sizes like that.

And again, I can clearly tell that your “education” is lacking since you are incapable of making basic nuanced distinctions between the different meanings of terminology, meaning you do not know what the fuck you are talking about in the least when it comes to a topic like demography. I wouldn’t be “shocked” by anything, you have no proper formal education or you’re a fucking delinquent who never paid attention to school, and it is very clear to everyone here.

You’re a pathetic, weak, uninformed blithering autistic piece of shit. If you died today, the world would be a better place. I bet even your family would celebrate, bitch, you’re a fucking intellectual embarrassment even to those that have similar views to you. Completely useless rat, inferior and pathetic.

hamster already answered you. moreover, your number as far from 40!

Ignorance is not a bliss. They lied to you.
You dont know anything about it , at least try to shut up and learn from time to time.

While some guys grunt here from joy and bliss like moslem piglings, this is huge strategical loss for Syria. The animal betrayer ruskies sold out syria.

As i know, syria is not part of russian federation:

Ruskies shut up! and pay lot,lot,lot of money for assad, that he helped you with qatar pipeleine.

So, you grunting pig commenters, i remember exactly, how much effort needed assad to split the aleppo and idlib terrorists in 2 parts. how many brave syrian soldiers paid with their life for this goal. And now?! Ruskies sold out syria.

Though syria took the less valueable part of idlib, the terrorists have now the strategically and economically much more important afrin. and again form one unit!!

Russkies are demons. they give you little help and then take your body and soul. i saw it in my country. i wish, we were freed by yanks in ww2 not by these ugly betrayer, thief rats!

Karma brings justice. I will laugh, when chines take siberian oil and gas fields from russia. then ruskies will have what he want. shame, empty turkish and other pipelines, shit in hand, because they are not able to produce anything valueable.

assad had make dieal with israel and usa. syria would be flourishing country. there was never single one country, which would flourish being friend of russia. ruskies pull down each others to their level.

that’s all coward greeks do, you are a typical example..

you mother is a coward little orc

if putin were not allow enter, ubtil tiday turks sit at home.

This is wishful thinking unfortunately, which is why the pro-Assad commenters who are “celebrating” the Turkish invasion are delusional. Turkey is not simply going to “leave Syria” and the Russians are not going to simply go ahead and annihilate them out of nowhere. At least with the kurds there was a chance that the SAA would come to some sort of agreement and reclaim territory. Turkey and its FSA headchoppers aren’t going to hand over territory and are going to continue to demand that Assad step down.

Of course, if I am proven wrong in the coming months and Turkey does indeed withdraw/gets kicked out, then I will eat my own shit and publicly admit that you were indeed correct. However, I think you are foolishly delusional if you think the Ottoman turks are every going to leave. The only time they have ever left any area in their long history was when they were forced out by open warfare and rebellion.

Turkey has every intention of reviving its own caliphate. They may say they are against Kurdish militias, which they are, and they also have bad relations with Israel, but they are certainly no friend of Assad or Iran.

But again, most retards, particularly on this site do not understand the complex geopolitics of the region and instead choose to view the world as black and white.

Why would Assad make a “deal” with the USA? The only “deal” the USA was offering was for him to step down while arming the jihadist opposition. The USA doing its usual thing meddling in the internal affairs of other countries.

If western and gulf countries simply minded their own business, stayed the fuck out of internal affairs and just engaged in honest trade and mutual respect rather than funding terrorism, stoking sectarianism, and pushing regime change, we would not have a long and protracted civil war. The so called “rebels” would’ve been crushed in the first 1-2 years of the war, and Syria would maintain its territorial integrity, and your beloved kurds would at least be able to maintain some dignity under Assad.

I have some sympathy for the kurds, but the idiots played their cards wrong and overreached while being used as cannon fodder by the US.

Far not, in case of deal he could stay.

Errr… I do love things that are lost in translations.
The statement by Hulusi Akar says, we will reach the Nubl-Zahra area (not arrive into the area). Which should indicate the operation is intended to stop at the SAA controlled region.
The source of the information is Anadolu Agency, the unclear translation belongs to them as well.

Turks butcher the most WESTERN and modern followers of islam, the kurds- and Southfront cheers. Kurds are the diametric opposite of wahhabis. Putin loves Israel. Israel is the blood brother of Saudi Arabia, the wahhbai state. So Putin wants the wahhabis to win over all other forms of islam. Hence the fact that Putin propaganda outlets are boosting turkish atrocities against the kurds.

PS all the DEEP STATE outlets that were cheering the fall of Assad also 100% support the Turkish invasion. People with a brain on our side would be troubled by this. Putin and the Deep State clearly on the same side with respect to Turkey.

Kurds are more religous than Turks. You only see a few thousand communist kurds, there are 25 million kurds. Western media is brainwashing you.

Did you just go full retard? While you are at it with the lies why don’t you claim Vietnamese people are ethnically superior to lets say aboriginal Australians, because why the fuck not right?

Listen moron the kurds devote their lives to their clans and in that hierarchy religion is deeply rooted. If you want to spew some western propaganda at least be blunt about it,