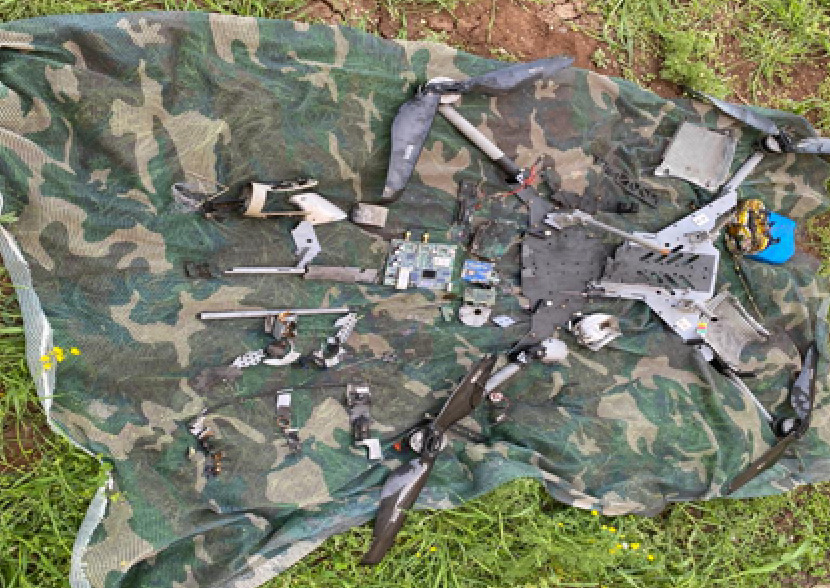 One of the Syrian soldiers wounded in the Turkish shelling. Click to see full-size image. Source: the Hawar News Agency.

On April 29, the Hawar News Agency released footage showing the werkcage of a Turkish Kargu loitering munition that crashed a day earlier in the northern countryside of Syria’s Aleppo.

The loitering munition crashed in Sewarxa, one of several towns held by the Kurdish-led Syrian Democratic Forces (SDF) in the southern part of Afrin area. According to Hawar, a Turkish drone was flying over the town when the munition crashed. No casualties or material losses were reported as a result of the incident.

Kargu, which was developed by Turkey’s defense contractor STM, can carry out reconnaissance and attack missions. The loitering munition has a maximum range of five kilometers and an endurance of 30 minutes. It was designed to carry different types of warheads.

The loitering munition can operate in a swarm and has AI [artificial intelligence] image processing capabilities with support to facial recognition.

In the last few weeks, the Turkish military escalated its attacks on the SDF and the Syrian Arab Army in northern and northeastern Syria. Ankara may be preparing to launch a new military operation in the war-torn country.