The Syrian Arab Army (SAA) have repelled a large Turkish-led attack which targeted its newly-established positions in western Aleppo.

Al-Qaeda-affiliated Hay’at Tahrir al-Sham (HTS) and the National Front for Liberation (NFL) took part in the attack that was launched on February 12 afternoon. The Turkish military artillery and rocket launchers provided the militants with direct support.

Despite Turkish support, the SAA repelled the attack within an hour. Furthermore, the army’s BM-27 and BM-30 heavy rocket launchers responded to the attack by targeting the sources of fire. 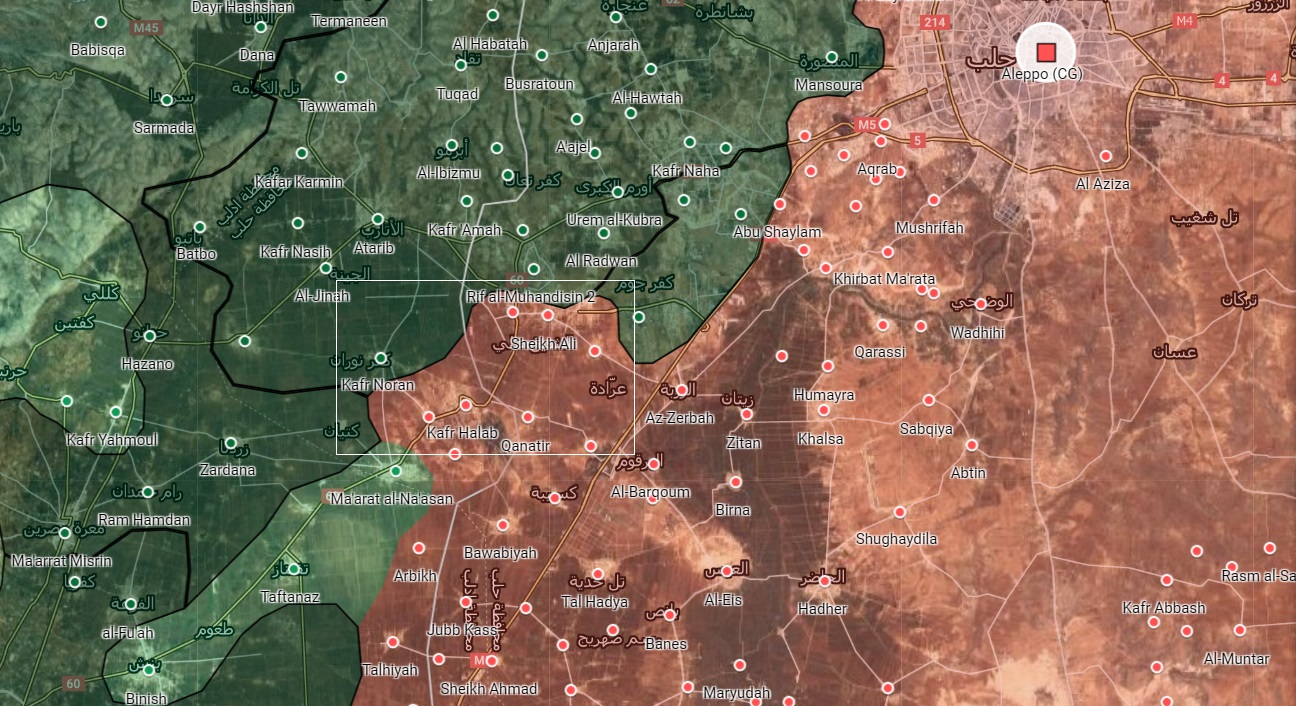 According to pro-government sources, more than 13 Turkish-backed militants were killed in the attack, which targeted the towns of Miznaz, Kafr Halab and Sheikh Ali.

During the attack, a suicide vehicle-borne improvised explosive device (SVBIED) of HTS attacked a position of the SAA in the outskirt of Sheikh Ali. Pro-government activists claimed that the suicide attack was carried out under the cover of Turkish artillery, claiming that the SVBIED was destroyed before reaching its target.

A day earlier, the army repelled a similar Turkish-led attack in southern Idlib. These attack are a very clear example of the close coordination between the Turkish military and terrorist groups in Greater Idlib.

The skies are flooded with Russian drones watching their exact movements … when they stop, HEZ forces light them up with KORNET party toys … it’s like drawing moths to a lit candle … 15% of TURK armor brought in has already been turned into junk.

QUESTION: Brigadier General Mustafa Abido, Commander of the 134th Infantry Division, Mechanic, killing Fein? Why do they say in Sinai while he died in Libya, he and 15 Egyptian soldiers and officers? Balha Al-Jaaan kills the finest sons of Egypt by lying and by betraying the constitution, which stipulates that the people are the only ones who have the right to wage wars outside its borders with its national army and its sons. (Translated from Arabic)

How is that relevant here?

so the turkish observation posts are they getting any food, hezbollah and saa nearby should play games with them so that they don”t get bored from time to time try to sneak in in a tunnel scare them out or throw some cow shit at them or even human shit it’s a good fertilizer they can grow potatos

SAA need hit hard Turkey, when Turkey on the move.Everybody make the same stupid mistakes. Waiting and allowed enemy gother all forces and ready to fight or starts attack. SAA can only stop Turkey advances and bring into negotiation table when Turkey will get hit hard and quick. Otherwise, SAA will pay huge price and Russia will only limit itself to cheap talk.

Turkey is no better than Israel, both are invaders, occupiers and terrorist states.

More to come. ? ISWNews Analysis Group: Despite Erdogan’s threats, the Syrian army and Resistance forces are advancing with all of their power against the positions of terrorists in the northwest of Syria.

Therefore, today new regions and villages in the southwest of Aleppo such as Sheikh Ali, Zahrat Sheikh Ali, Arnaz, Aradah, Arbikh, Abu Shulaim and Tal Al Hindasah were liberated from terrorist occupation. Now, the positions of terrorists in Orum Al Kubra and Soghra, Reef Al Muhandesin 1 and 2 are under heavy artillery fire by the Syrian army.

I´m wondering about the Turks. Cause, if there would be a war between Syria and Turkey and there would detonate just a few shells in Antalya or Alanya with or without dead people, the turkish tourism industry will become great problems and the whole turkish Economy will become insolvent. Erdogan could not finance the war again and he would not be voted again.

Let´s pray for peace between both countries.

Exactly, a war would ruin Turkey’s economy and all the bets would be off what happens next. Even semi-dictators like Erdogan need stability at home.

Erdogan wants the whole Idlib region for his own. Because his efforts are failing, and american neocons need an inroad, Erdogan is to meet with US troublemakers any day to discuss their nato business. It seems habits die hard.

Erdogan also seems to flipping the bird to the Russian admin, which won’t be looked on lightly by the Russian population. Turkish tourist industry? what Turkish tourist industry? Whilst the Tourist industry wrestles with the reason why beach resorts are empty, the military could be wrestling with the reason why their S-400’s fail to operate or cannot get a signal. Russian pilots shot down by Russian ground equipment wouldn’t look good no matter how it’s spun in the press.

One thing is for sure, the SAA need to get a move on. They have been delayed enough by empty Turkish ceasefire agreements.

Kananda
Reply to  Assad must stay

steven seagal is a heavy drunker and loser