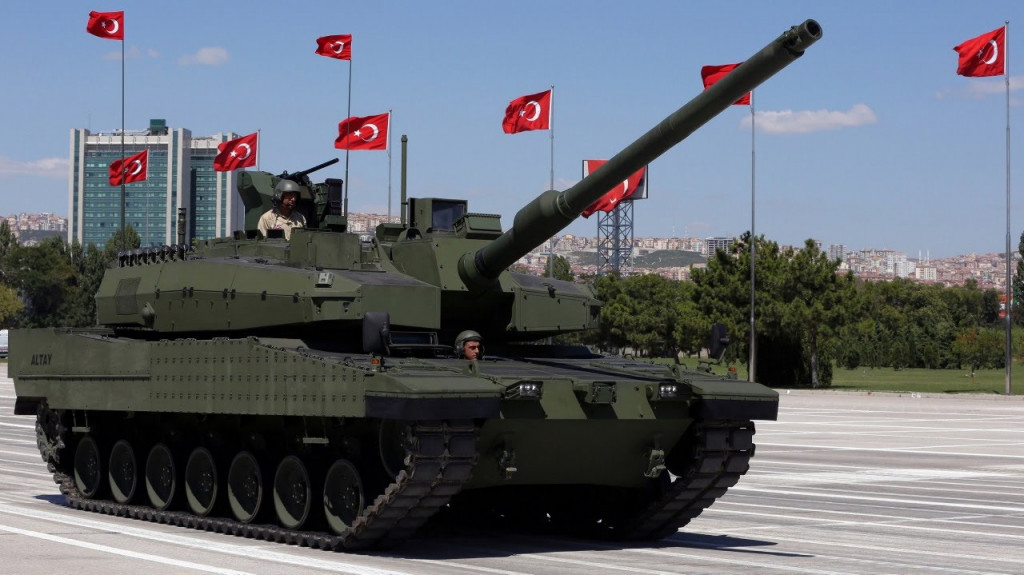 According to Turkish Prime Minister Ahmet Davutoglu, the Turkish Armed Forces are ready to invade Syria.

“If necessary, we can take the same measures in Syria, as we took in Iraq, in Qandil [the mountain range in Northern Iraq],” Le Figaro cites Ahmet Davutoglu. The statement references to attacks that Turkish military conducted against PKK positions in the Qandil region of Iraq in 2015. These attacks were made without any agreements with the Iraqi government or a UN mandate.

The Turkish Prime Minister also added that Turkey expects to get the support of its “friends and allies”.

However, the real goal of the Turkish actions is far away from opposing militancy or even ISIS in Syria. On Feb. 13, Turkish military started a cross-border artillery shelliing against the position of Kurdish YPG units which fight ISIS in the Aleppo province of Syria. Such actions are clearly helping ISIS to hold the ground in this area.

These statement confirm the Erdogan regime’s agressive attitude over any attempts to solve the Syrian crisis with diplomatic measures. The militants backed mainly by Turkey, Saudi Arabia and Qatar are losing the war. Furthermore, major militant groups (ISIS, al-Nusra, Harakat Ahrar Al-Sham and other affiliated organizations) supported by these countries are officially recognized as terrorists. Thus, Turkey has already lost any kind of diplomatic standoff over Syria.

Thus Turkey and ‘its partners’ are pushing to escalation in the region:

I am under impression that the warmonger and warcriminal Stoltenberg is pushing this world into WW3 on behalf of his globalist puppet masters. That man is not having ONE single thought him self and must be considered a absolute danger to the world. Think of him a someone that has been infiltrated into Norway and now poses under the Norwegian “peace minded” nation and therefore seems more likely to not start off ww3. Its the opposite that is his mission as he is a agent for the zionist/jesuitt globalist and nothing more. He does not have one drop of Norwegian blood in his veins.

He is more probably a khazarian and his wife is for sure jewish.

Actually he is a socialist and when the west had Reagan and Thatcher he voted for NATO to be disbanded….. But since the west is now socialist-corporationist while Russia got 13 % linear tax and no extra taxes on fuel, cars etc. so Stoltenberg is the boss of NATO. The same man who wanted it disbanded back then when the west was good guys and not bad like they are now.

How about he is a shameless opportunist who would do anything for self promotion and a buck. RR

I complement his history: before turning to socialist he was Mao-Marxist. What can anybody expect from him in the future? He can be blackmailed from anybody and everybody.

Stollenberg, Turks, Saudis, and others – just remember what Putin said about half year ago “if will take about 10 minutes to change USA to rubble.”…and USA know it, so all of the Turkish posturing is just what it is – nothing

We will stop most of their missles and then we will fly over the glowing remains of what used to be Russia.

and the US could easily do the same to russia slick. Your point?

When Russia kicks their ass, what will America do ? Hopefully nothing.