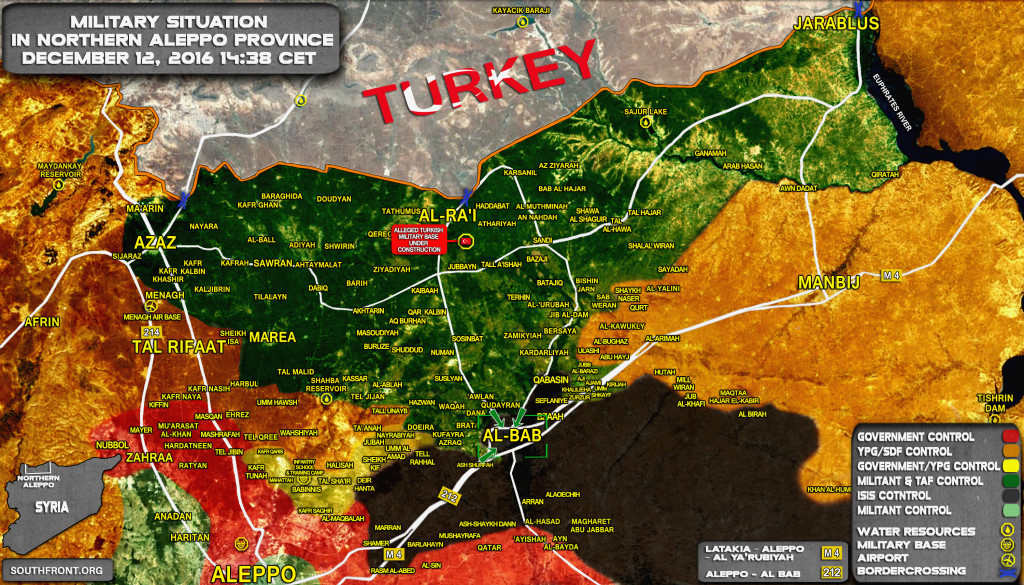 Turkey-led forces (the Turkish Armed Forces and pro-Turkey militant groups) have launched a fresh attempt to retake the town of al-Bab from ISIS in the Syrian province of Aleppo.

Meanwhile, the so-called “Free Syrian Army” (a shaky coalition of pro-Turkey militant groups) announced that its units had passed the administrative border of al-Bab. Local sources report intense artillery strikes in the area. 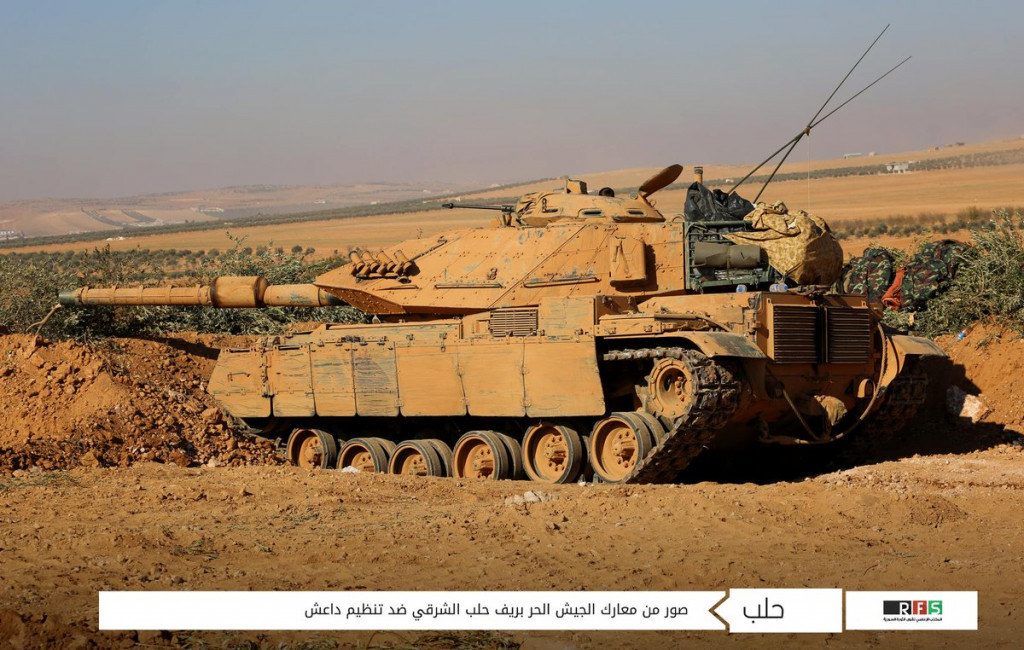 An ISIS battle tank was destroyed by Turkish forces: 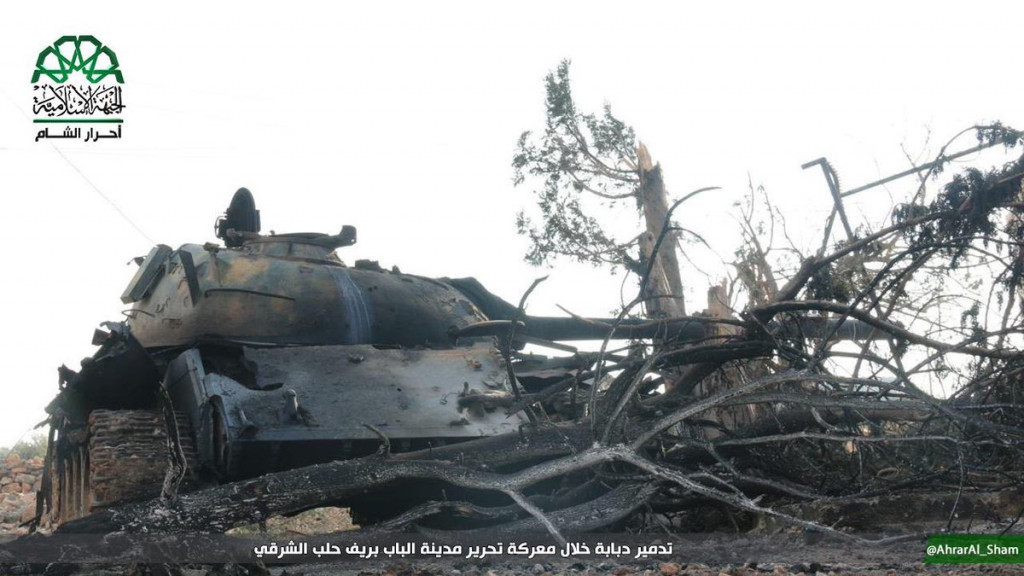 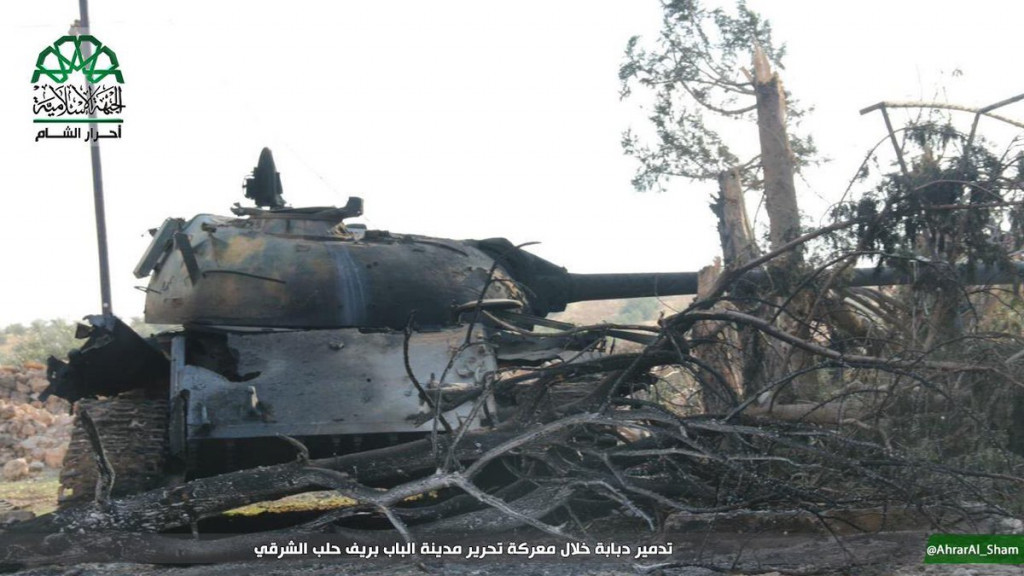 ISIS is destroying a Turksih battle tank east of al-Bab: 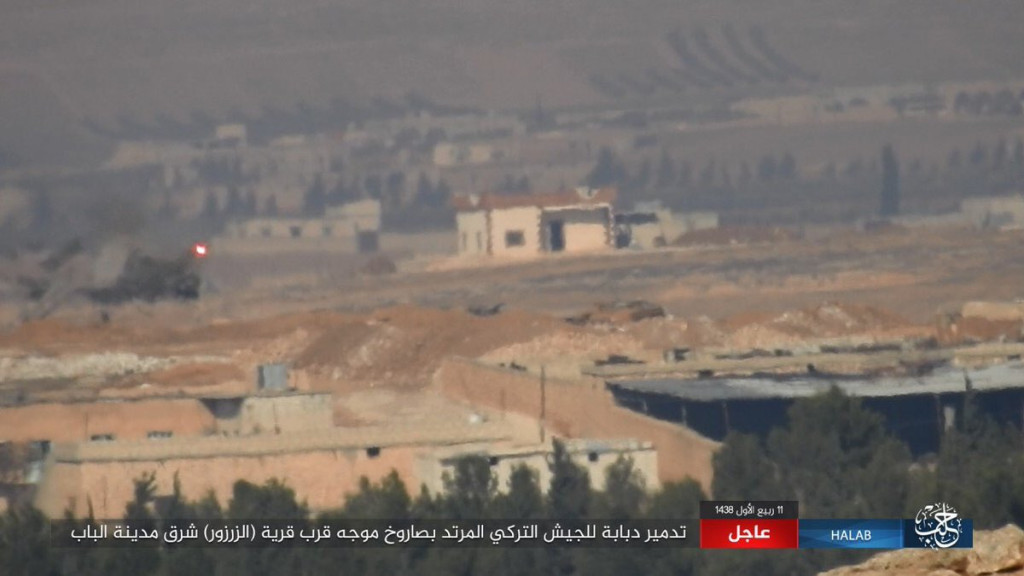 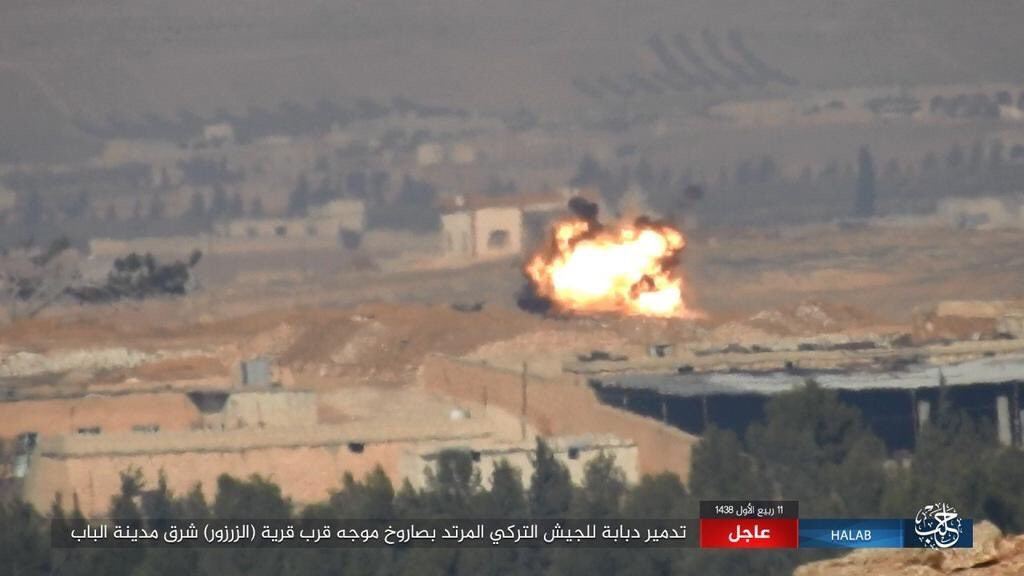 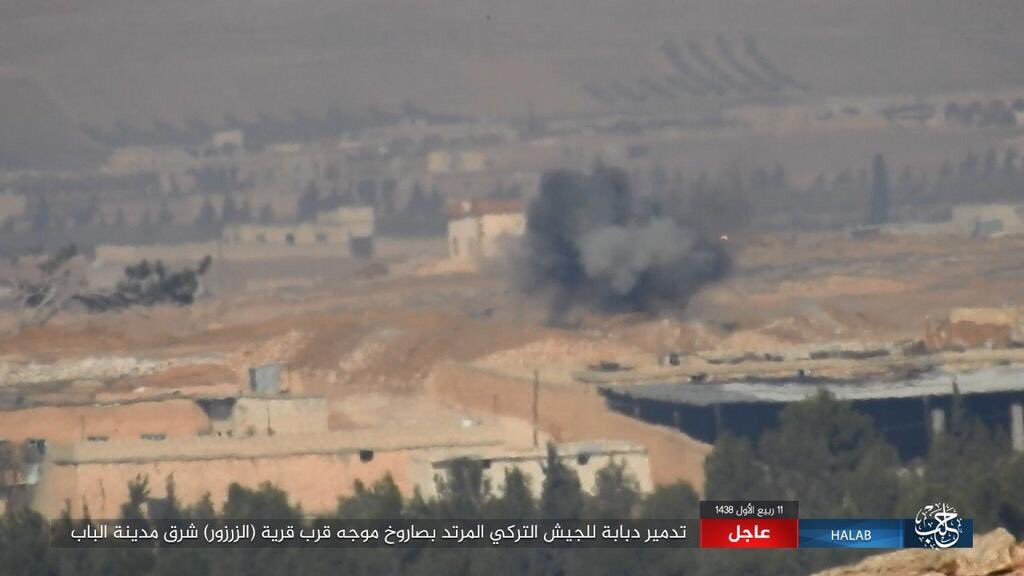 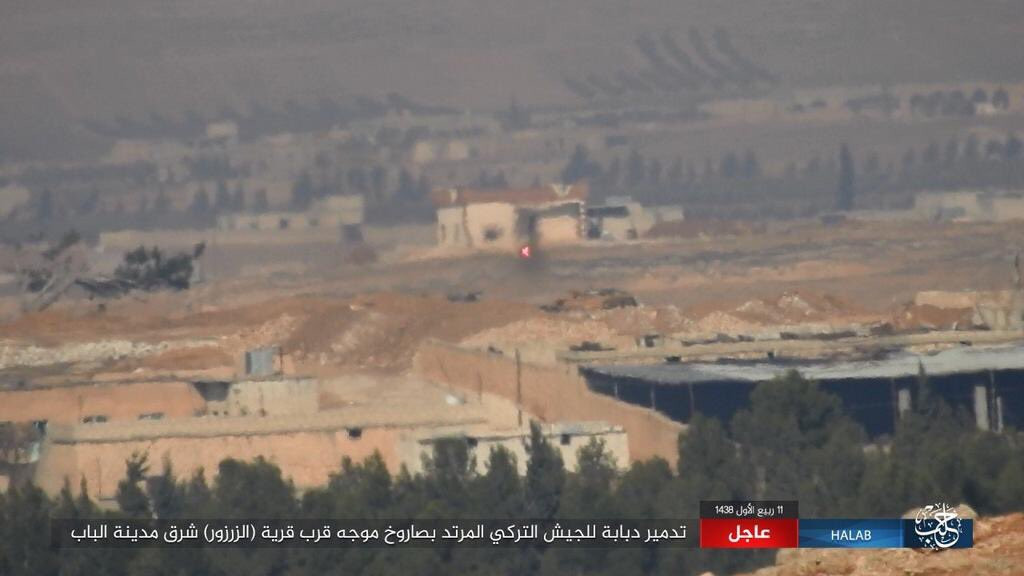 There’s no storming operation here. It’s just a staged show by the Turkish Intelligence and Isis designed to release Isis forces for operations in Palmyra. We hear no news of heavy combat or Turkish casualties being sustained at a level of the Iraqis in Mosul. Isis seems lax in using it’s usual IED’s and VBIED’s on the approaches to Al Bab. That destroyed T55 could have been left there by the Syrian Army years ago. It looks like it was in a static defence position. Isis rarely if never employs any vehicles in this manner. Furthermore the up armoured M60 tanks and armored personnel carriers being used by the Turks would be easy prey for the Kornet and Tow missiles that Isis has. This operation is a sham. The Turks are probably positioning troops to encircle or attack the YPG in conjunction with Isis.

It is not just a M60. It is an upgraded Sabra M60 with self defence system identical to Merkava with up to date technology not any worse than L2 probably even better in some aspects.