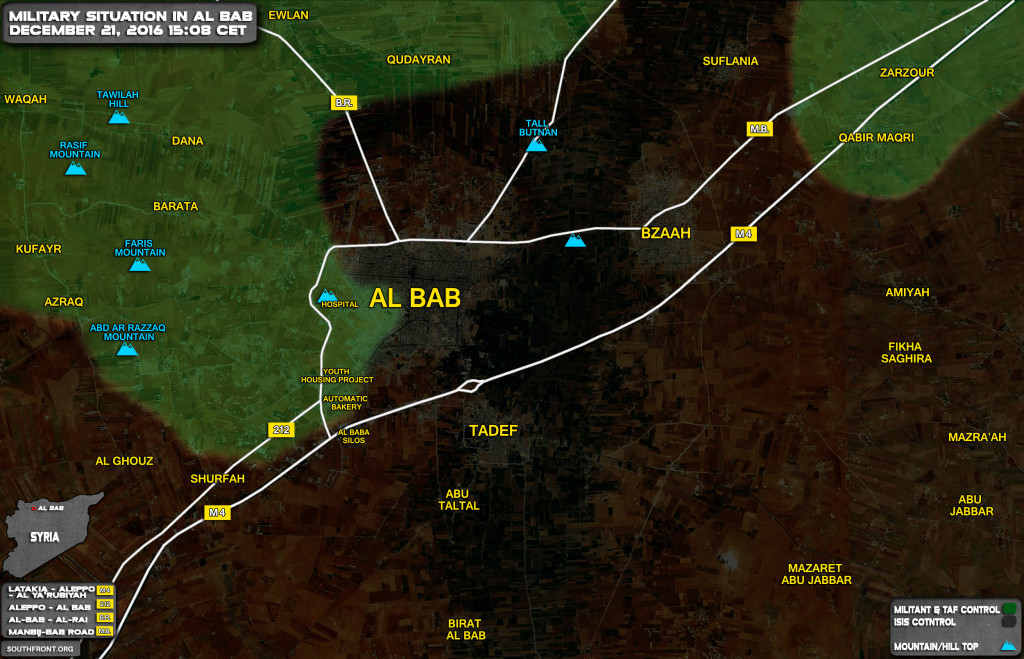 Pro-Turkey militant groups and the Turkish Armed Forces have seized from ISIS terrorist group key positions in the western part of al-Bab in the Syrian province of Aleppo, according to pro-Turkey sources.

On December 21, Turkish forces secured the al-Bab hospital, the Youth Housing Project and the Automaitc Bakery after  a series of firefights with ISIS units. The advance was massively supported by the Turkish Air Force and Turkish artillery units.

The al-Bab hospital is located at the top of a strategic hill in western al-Bab. So, now Turkish forces have a fire or a direct control of about 30% of the town.

Meanwhile, photos from the ground show a high number of Turkish military personnel among militants involved in the operation. Likely, this explains the recent advances of Turkey-led forces in the area. 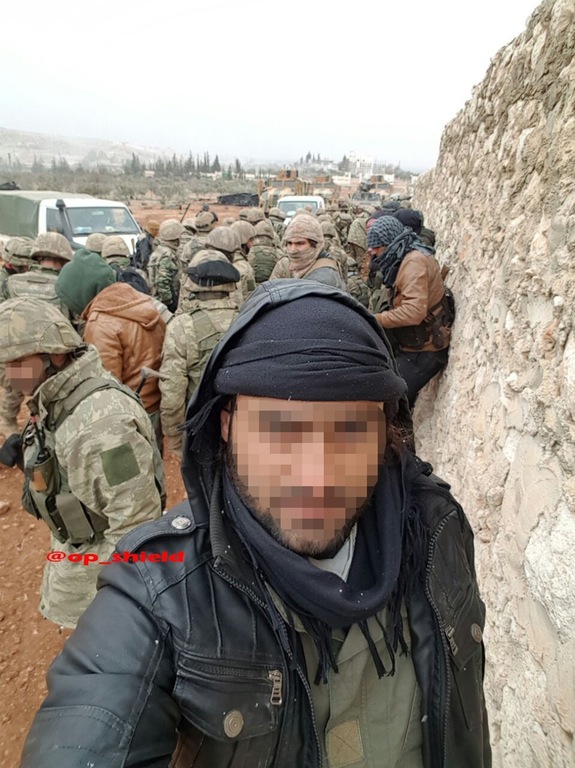 So Russia has agreed to let Turkey take control of Al-Bab? I realize that Turkey can cut off Russia from the Mediterranean and make reinforcement and resupply of its forces in the region extremely difficult, but are the Russians going to let the Turks achieve their goal of annexing northern Syria? It looks like Russia is beginning to reduce their support for the Syrian government and people.

Do not be surprised at all. Probably it will not be the last concession to Turkey. You forgot to mentioned that the main militant’s enclave of Idlib borders Turkey, they are not isolated as they were in Alepo. That said, without Turkey consent any gains in Idlib would be small, slow and would come under a heavy price for SAA. Probably Idlib will have a special status, as well as the Kurds and the area currently occupied by Turkey. The militants in center and south Syria would be given a choice to come to Idlib or face Syrian Army without any support. As I see it, that everything is moving towards the partition of Syria.

The battle for Al Bab is getting hot. Turkey has announced loses. They hoped that ISUS would retreat, but this may not be the case. Let FSA and ISUS claw away at each other, while SAA is relaxing and watching the new videos.

Daesh has retaken the hospital an Aqueel hill.

The Turks have had to bring in reinforcements already. Apparently two mechanised brigades and a commando battalion wasn’t enough. It seems the Mad Sultan is having a pretty negative effect on the TAF. I guess he is getting his Ottoman Empire back after all…right down to their third rate military. Poor Ataturk. A lifetime of work undone by one delusional president.