The National Syrian Army (NSA) has renewed its ground operation around the town of Ras al-Ayn with a direct support from the Turkish military.

According to the Syrian Arab News Agency (SANA), NSA militants advanced south of the border town in the late hours of October 19, capturing the village of Umm al-Asafir.

The village is located on the road linking Ras al-Ayn with Tell Tamr, where several units of the Syrian Arab Army (SAA) are deployed to support the Kurdish-led Syrian Democratic Forces (SDF).

In the morning, the NSA backed by battle tanks of the Turkish Armed Forces advanced east of Ras al-Ayn capturing several towns and blocking the 25 highway. However, the SDF managed to reverse the militants’ gains within a few hours.

Despite the heavy clashes around Ras al-Ayn, a convoy of first responders and medical personnel was able to enter the town in the afternoon. Dozens of injured people and corpses were reportedly evacuated from the conflict area.

Kurdish fighters were supposed to withdraw from Ras al-Ayn and other border areas under the U.S. sponsored ceasefire announced two days ago. However, the ceasefire has collapsed.

“Kurdish fighters were supposed to withdraw from Ras al-Ayn ”
How can they, since NSA controls the road going south to Tal Tamr?
Looks like this 5 day pause will not work out, but at least they got the wounded out.

The Kurds will not surrender, they are armed with thousands of anti-tank missiles and they know how to use them, a situation will be created like in Yemen. The Turks will end up weakened.

This situation is completely different to Yemen.

klove and light
Reply to  iosongasingsing

stop bssss… u cannot compare the houthis with the kurds…ridiculuos, absolutely ridiculous!!!!

Have not heard much about N Yemen lately.
Did MBS come to his senses and agree to a ceasefire ?

you dream, as klove has just said, there is not way to compare Houties with Kurds. kurds are far away by many orders or magnitude from Houties (Yemen).

Thousands of anti-tank missiles from where/who? The US had brought plenty from Iraq for use by US troops, but were warned by Turkey last year not to give any to the Kurds. That was back when Turkey mattered and the US didn’t want to lose their Turkish base at Incirlik.

The US claimed (for what that’s worth) that they didn’t give the Kurds any heavy weapons, MANPADS or ATGMs. No doubt the Kurds were able go grab a few ATGMs from head-choppers over the last couple of years. Maybe even a few MANPADS. But I would really be surprised if the US was dumb enough to leave any US-supplied MANPADS or ATGMs for the SDF that might find their way to PKK, where they could be used inside Turkey, itself. Even the SDF using US-supplied MANPADS or ATGMs against Turkish head-choppers or TAF inside Syria would piss off Erdogan. The US would be booted out of Incirlik and Turkey would leave NATO.

No evidence so far that the Kurds have used any in the current Ottoman invasion or even have any to use. That, aside from a few months-old YPG videos of ATGMs used against SAA armor.

I have no doubt that SDF has taken out NSA and Turk vehicles with ATGM’s.
But we see no videos right now, this may be a decision made higher up.
In other words: We are being attacked, just look at the media news ?

My comment has nothing to do with Kurd’s right to protect themselves from invading head-choppers and TAF. Personally, I hope they have 10,000 AT-12s and pick off Turkish armor all day long. My comment has to do with motivations and past actions of treasonous US leaders and what they would perceive as their ‘best interests’ = backstab Kurds and try not to piss of Smeagol too much.

The US Department of Defense designated money towards a thousand or so lighter AT-4s (LAW) for ‘SDF forces’ in 2017, but were pretty stingy giving some (if any) to the Kurdish SDF during Raqqa. That’s why Plan B was to have Marines level the town with 155s first – the SDF wasn’t going to go in with nothing but small arms and a few RPGs. I don’t blame them.

So if the US was so paranoid about the Kurds getting anti-tank weapons, even for Raqqa, then I can’t believe they would have left any for them now. That’s the problem with relying on psychopaths running US regime change ops; they don’t trust the people they’re supposedly ‘liberating’.Kind of like the real goal is actually to weaken the newly-liberated, break up existing nations and create permanent chaos in the Middle East. I know… kind of ‘conspiracy theory-ish’. I blame the drugs.

It is easy to imagine how the conflict will unfold and that is that the Kurds will not give up, that the ATGMs they will use in abundance against the Turks will provide them with the SAA. Maybe the tows ripped off at ISIS.

It seems that the Kurds have also been betrayed by their most important sponsor in the area. So this time Trump didn’t listen to the Jews. Did the prophet of Israel Trump turn his back on the chosen people and their wars? 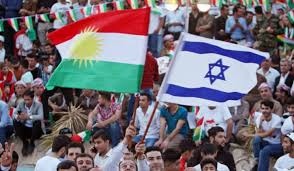 He doesn’t want to lose the election and the Jews have become a liability. The extent of anti Judaism and anti Zionism in the US is masked by the Jew controlled msm and almost 100% Jew gerrymandered Zionist legislature. Who try to portray Jews and Israel as having broad based public support. But the pills show a different reality. And it doesn’t take a rocket scientist to put 2 and 2 together to see that all of the wars in the middle east and the Iran hysteria are for Israel.

Oghuz Turks, go back to Altai.

The cavalry’s coming but will it be enough to help in a breakout, reinforcements are coming from both east and south in a rush to break the siege but the Turks know they’re coming and have aircraft to stop them, the cavalry might not even make it yet.
Or will Russian intervention save the day, a humanitarian corridor that will allow the SDF to mostly slip out with the rest of the civilian population, maybe if the SDF is really lucky, but they haven’t been very lucky at all lately so I have a bad feeling about that possibility.
Amnesty international is having a field day though, the indictable war crimes are mounting up against Turkey and it’s proxies, there’s lot’s of video evidence and independent verifiable sources to sustain the claims, NATO will have a devil of a job trying to protect Erdogan and Turkey from this now, that’s if they do try to protect him, I suspect they’ll just let him be crucified for his behaviour.
-NATO member country guilty of numerous war crimes in Syria-, has a nice ring to it, hopefully that’s what we’ll all be reading soon in the headline news, or at least indicted for war crimes, the guilty part comes later.

a strategic mistake from the Kurdish side. every analyst was warning them about the encirclement and they still have fighters there?why?its a hopeless situation.those fighters should have evacuated the city and fight elsewhere