Turkish ground forces, mostly special forces units, are quietly developing their ground operation in northern Iraq. The formal pretext of the effort is to combat the Kurdistan Workers’ Party (PKK) in the area.

Since the last month, Turkish forces have crossed the border with Iraq and established control of a number of villages in the northern part of the country. Their activity have even been reproted in the areas of Sidakah and Mawana.

On April 4, Iraqi President Fuad Masum called on Turkey to withdraw its forces from Iraq as the battle on ISIS in the country is largely over [despite the fact that the security operation remains complicated].

“We do not need the presence of any military forces on the ground in Iraq, but we need cooperation with the countries,” Masum said in an interview with al-Hayat newspaper. “Foreign troops are not allowed to launch military operations inside Iraq or occupy parts of the country.”

The Turkish military presence in northern Iraq since late 2015 has been one of the key reasons of tensions between Baghdad and Ankara. Turkey has repeatedly assured that it “respects” the Iraqi sovereignty, but is not hurrying up to limit its military presence in the north of the country. 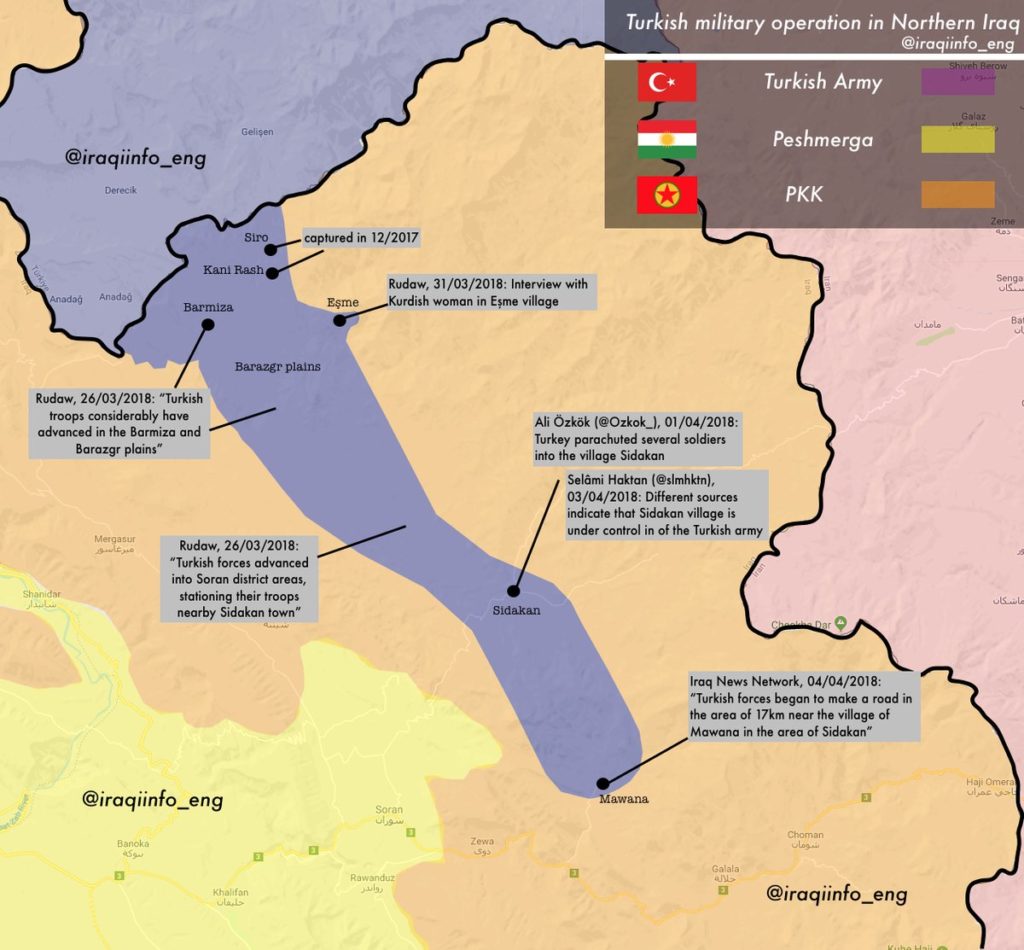 If it’s quiet then they have made an arrangement somewhere. What’s Peshmerga or PKK statement on this ?

If Turkey is not uniting all Muslim states together to fight against Israeli brutal evils. Then definitely they will not trust each other and will fight with one another.

“were neutralized”…..what a wonderful PC term.

I think a turkish Kurdish alliance is in the works…well they got a new patron.

Its pretty obvious by now, the peshmerga doesn’t want to associate with the PKK at all at least not when push comes to shove

Turkish movements in northern Iraq coming on the heals of rumors of possible coordination between Kurds and Iraq against ISIS pockets. I think this front remains quiet because there are to many overlapping rivalries and alliances.

When Barzani sold out the Kurdish people for American/Israeli dollars, he destroyed any chance of the Kurds getting autonomy. Assad had allowed the Kurds to govern themselves in Syria, only to be betrayed by Barzani. Americans/Israelis, all they do is spread death and destruction.

Taking out ISIS and PKK with one stone. What a victory for us all!

Of course, all the regional powers hate the PKK. After all, the PKK stands for grass-roots democracy, equality and accountability. Still, almost everybody seems to be fine with Turkish troops going hither and thither… after all, they are operating within the borders of the Ottoman Empire.