The Turkish Armed Forces (TAF) and pro-Turkish militant groups have once again failed to encircle an important ISIS-controlled town of Qabasin in the Syrian province of Aleppo.

Qabasin is located east of the ISIS stronghold of al-Bab and serves as an key defense point that prevents Turkish forces from flanking al-Bab from the eastern direction.

On January 20, the TAF and pro-Turkish militants attacked ISIS in the village of Suflaniyah in order to seize it and to encircle Qabasin. However, they failed to achieve any sucecss.

Meanwhile, Syrian army troops, backed by the Russian Aerospace Forces, liberated the village of Shamer from ISIS terrorists in the area south of al-Bab. 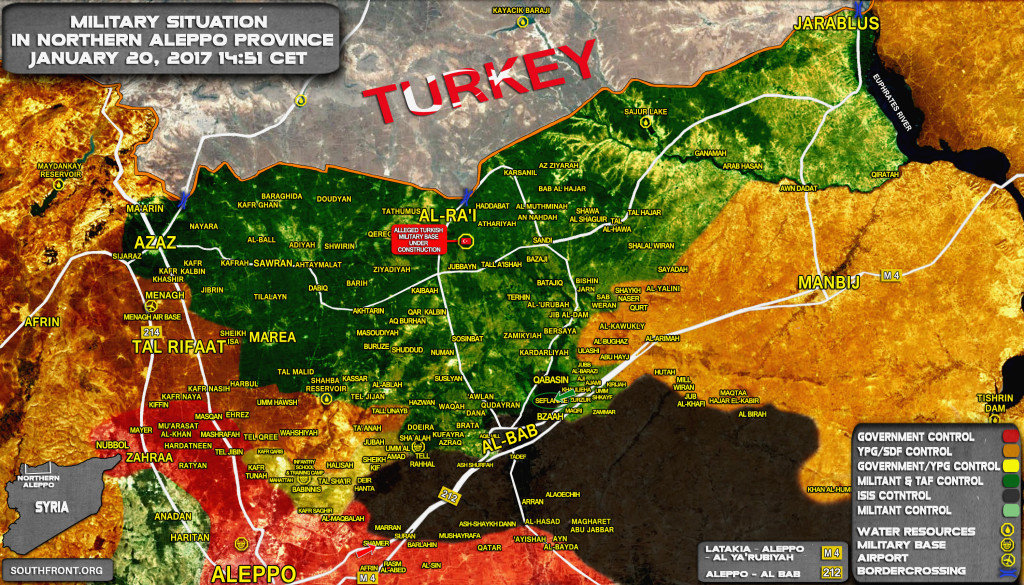 In a way it would be very ironic if Al Bab were to be taken by the SAA. Turkey has sold Aleppo to Russia and Assad in exchange for Al Bab. In the end for nothing?