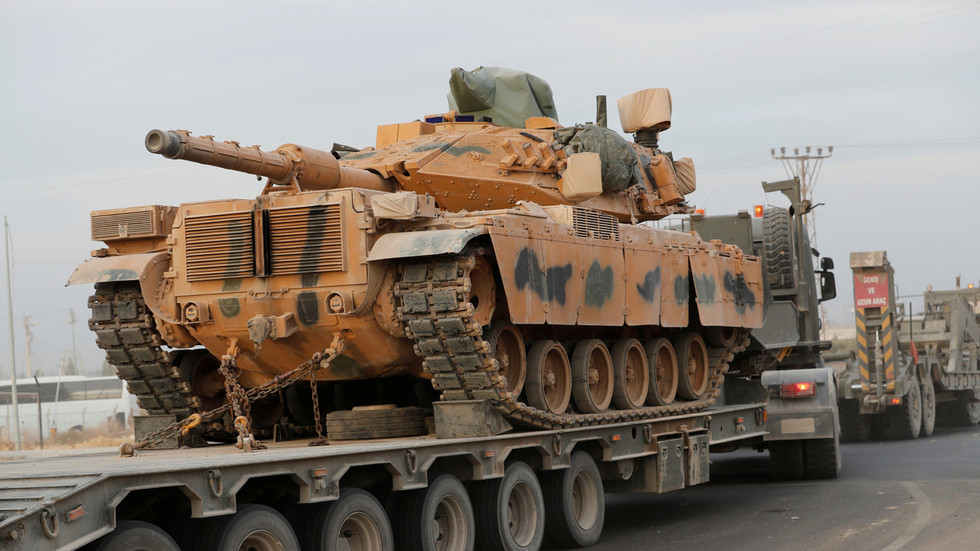 The Turkish Armed Forces have evacuated three posts in the militant-held part of the western Aleppo countryside, Syrian pro-government and opposition sources reported on March 10.

The posts in question were located in the towns of Batabo, Kafr Nasih and between the villages of Zardana and Ibbin. The three small posts were established last year to help the militants fend off a large-scale attack by the Syrian Arab Army and its allies.

A leader in the National Front for Liberation, Turkey’s main proxy in Greater Idlib, told Enab Baladi that the three posts were evacuated as a part of a plan to redeploy Turkish troops in the region. According to the leader, smaller posts will be merged with larger bases.

“What the Turks are exactly planning and aiming for is not yet known,” the leader, whose name was not revealed, told the pro-opposition outlet.

In the last few months of 2020, Turkish forces evacuated a number of posts which were all located in the government-held part of Greater Idlib.

The ongoing Turkish “redeployment” in Greater Idlib will not likely be limited to western Aleppo. In the last three years, Turkish forces established more than 60 posts in the region, most of which were built on a whim.

The redeployment plan is likely meant to improve the security of Turkish forces in Greater Idlib. Turkish troops were attacked on several occasions over the last two months.

Erdoghan is a cunning man, he seems impulsive but he is not, he certainly understood that the west is a dead horse, he also sees the dangerous level of depravity that is exploding throughout the west, he will not die hand in hand with those regimes that in his heart he despises, likely that he has chosen the future in the east for himself and for his Turkey, but he also knows that he cannot change suddenly, the costs of western vengefuls would be too heavy, but at the right moment he will give them the farewell that they deserve it.

He is impulsive, but cunning, knows his (Turkish) limits… If in danger he controls his impulsiveness and ambitions…till opportunity arises.

Erdogan has burned many bridges with the West and Russia in his grandiose attempt to revive the Ottoman Empire ….and now he feels isolated unable to deal from a credible political position.

This picture was funny the first time you posted it, it’s getting a bit annoying now

How ignorant are cia/soros trolls? This is why I TAKE PLEASURE TO SEE THE LGBTQ AND SOROS AND CIA AND EU/BRUSSELPROUTS NO GOOD PROTESTANT WHORES LOSE! only sin unforgivens that of the unrepented,fk the usa ,fk cia,fk soros,HARDEN THE FK UP!

you better pucker up…..Sepahbod Soleimani will be avenged in a way nobody can even fathom….He was the flag bearer of Zoroastrians. A true Persian who believed in justice. Nothing to do with politics or religion. When Iran led armies and fleets of Sepah against the Macedonians 2500 years ago, it was people like him at the helm. Darius screwed up letting them live and trusting them earlier and not massacring them out of humanity, or else we’d have the greatest imaginable empire right now. Don’t fuck with me, same same with the camel jockey in 600AD. We could have wiped them out, but we didn’t……if you are not backing Iran today you are a traitor!

Whoppitty doo brah……So what? Iran beat these guys in the SyRaq…..big deal! Assploding yourself in a market is not a mean feat.

don’t matter….viva a la kir ba koont tho…….modr jende get a grip……you ain’t shit. Coming here stirring the pot like a nigga…..lol….don’t got the manpower but wanna talk big, as if you can make the change?….GTFO! Let Iran do its holy deeds…….put them all to death quietly now……..ssshhhhh…….Go back to your small town in eastern europe.

soon they will evacuate from whole Idlib

NOTHING WORSE THAN READING BULLSHT FROM LIARS,THEY PRETEND THEY DON’T KNOW? We know allright,all in good time will become to the fore,hard pain long overdue for spoilts brats!

My oh my … you ruskies are ‘talking real proud’ the ‘vodka induced wisdom running high’ … eh?

Enjoy the moment … I hate Erdogan

Maybe a subtle signal that he doesn’t care if the SAA retake these areas.

Every turk and every azeri is terrorist scum.