The Turkish Armed Forces have evacuated one of their last two observation posts within government-held territory in northwestern Syria.

The post in question is located near the town of Tell Touqan in southern Idlib. Ruptly released on January 13 footage of Turkish troops withdrawing from the post along with their equipment. A unit of the Russian Military Police escorted the departing troops.

While Turkey is evacuating its posts in government-held areas, it is boosting its military presence in the militant-held part of northwestern Syria, known as Greater Idlib. Most of the new posts were established in the al-Zawiya Mount in the southern part of the region.

Under an agreement with Russia reached last March, Turkish troops had to reopen the Lattakia-Aleppo highway, M4, and neutralize terrorist groups in Greater Idlib. These commitments have not been fulfilled yet.

The recent surge in militants’ ceasefire violations and Turkey’s unwillingness to take action may soon force Damascus and its allies to take matter into their own hands. The only way Turkey will deliver on golden plate Idlib and Nortt Syria to assad,iran and russians is when Erdogan looses the elections to CHP.

And even then CHP cant do this. Leaving Syria means another 5 M Syrians in Turkey.

For Turkey Syria is worth to have a war with Russia.

I thought turks were dumb,but deadset you take the cake!

Very impressing Ypu think Turks are dummer then You.

Not worth to have a war with Russia. Erdogan is afraid of Putin. And he doesn’t care about another 5 million refugees in Turkey. Refugees actually benefit him because he gives them citizenship and gets their vote.

He stopped their advance? Being afraid and that doesn’t fit together. Try to force these 5 million refugees on them and find out what you get

How did he stop their advance? Assad took dozens of villages in weeks and humiliated the Turkish army all because of mistakes made by Erdogan. Russia stopped Assad’s advance, he could’ve taken Idlib at that rate if Russia didn’t step in. 5-10 million refugees already live in Turkey, nothing will change for Erdogan if another 5 million enters Turkey. It doesn’t affect him.

You are just trolling. Waste of my time. Didn’t Turkey put 100.000 troops on the ground in Idlib to halt Assad advance and killed scores of his men like flies. If the agreement weren’t signed the Turks would have been in Damascus by now stop fake acting tough. It’s Turkey that has 10-15% of Syria not the other way around

Use trolling about sober reflexions dont clean Your own position.

Russians never would have Turk advance to Damaskus as well as they have no logistics for it at all.

Maybee some of the famous Aleppo Soapnearby would make it. At least I have hope for it.

If the Assad provacations didn’t stop they would have eliminated Damascus and invaded the entirety of Syria. It would have been WW3 started over significiant stuff like Idlib not worthy for the Russians but if they had to fight the Turks it would have been for something greater then that

I dont think so.

Russians dont want to exploit all oil and gas rights in Syria at all. Where do You get that crap for. The agreements with Assads are Russians sell weapons and food for oil.

Your v ersion is highly incorrect in other parts as well. Its true the Assad parts of today has socalled empty drilling wholes. Modern tech, which Im not sure Russia has at all, can take up 3-5 times more.

I also will remind You, You are wrong about the ownerships and rights. Other countries already has long term agreements about it. Assads and Russian can not just erase that part.

By that the options are up to 50% only for most parts of the possibilities and logistics. Here it would be very strange if Assads could not even support Syria themself.

10k troops for what lol? Assad captured many towns from the rebels including many towns on the m5 road. You must be out of mind to think Russia and other countries would allow Turkey to take Damascus. Turkey having 10-15 of Syria isn’t an accomplishment dumba$$.

I don’t think they have manpower for an attack on idlib , Also the presence of isis in central Syria would grow significantly if SAA divert troops from there .

Damn your either in denial or just have low IQ. Some dumb folks post here and that is an understatement

Well it happens Ypu take more to keep the important parts. Yes, its a little blured to me

I agree. Turks has gone to the limit and with no real succes in the taken regions.

Whatever it is, thats no buffer or safe zone

he needs to give them jobs if he wants a peaceful country, not citizenship.

You got to be a mighty big moron with low intelligence to stay in the middle of people you terrorised and hurt for a long time who also have the power to wipe you out any time.

Russia & US Are Building Up Their Forces In Syria Ahead Of Biden Inauguration
https://www.zerohedge.com/geopolitical/russia-us-are-building-their-forces-syria-ahead-biden-inauguration

Zerohedge mainly is a fake.

There is not a single sign for what You write. Zero.

Erdogan has sent 309 Turkish Forces servicemen to death in Syria for nothing… Turkey is loosing again. Arabs will win again.

Assad is serious, every inch of Syria will be free

“Under an agreement with Russia reached last March, Turkish troops had to reopen the Lattakia-Aleppo highway, M4, and neutralize terrorist groups in Greater Idlib. These commitments have not been fulfilled yet”.

There is only one place for those who support terrorists in any-shape is….in hell. 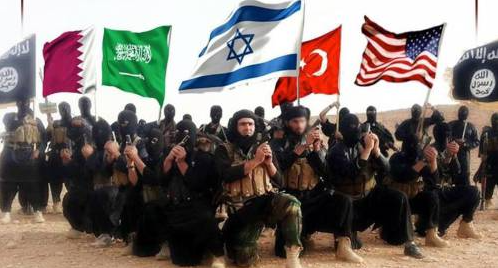