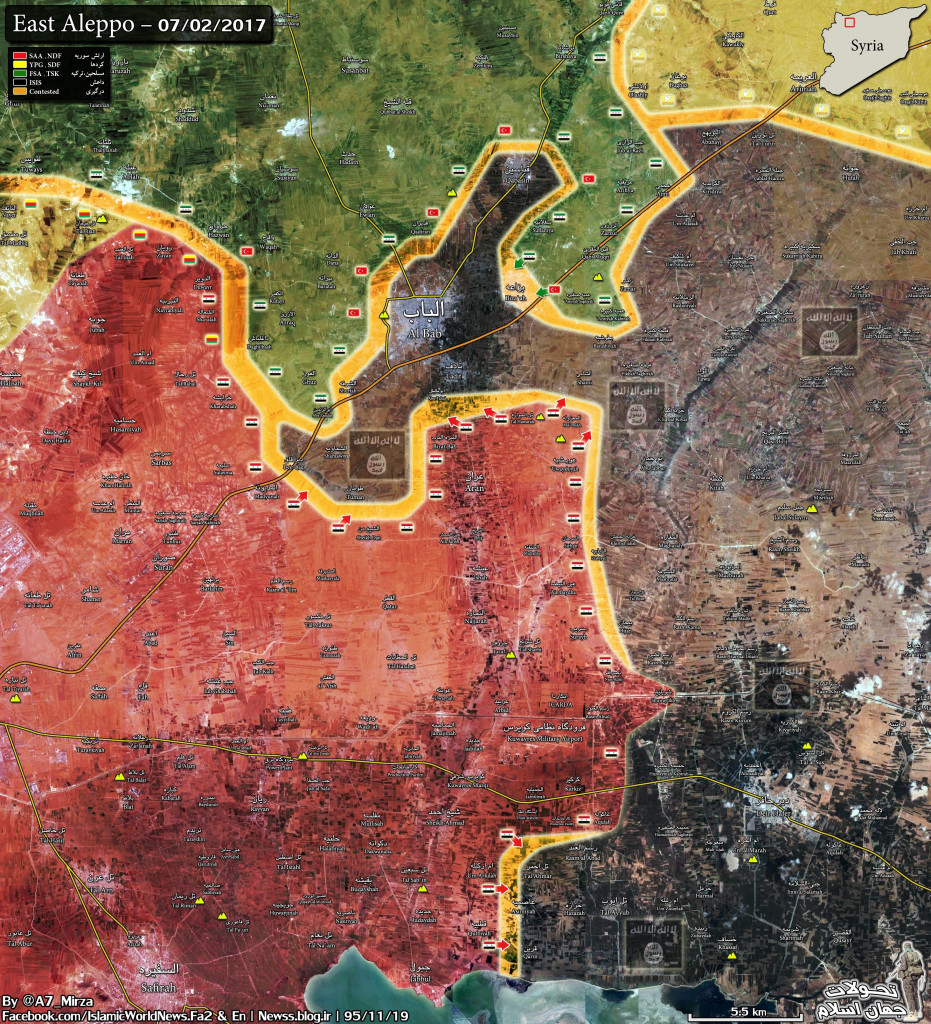 After a series of failures in Bzaah, Turkish forces changed the point of military efforts near al-Bab, targeting ISIS units in the western outskirts of the ISIS stronghold of the province of Aleppo.

The Turkish Army and a coalition of pro-Turkish militant groups branded as the Free Syrian Army took control of the Dalil Roundabout, the Al-Bab Hospital, Sheikh Aqil and Youth Housing Project.

If they are able to hold the area, they will have a fire control over a notable part of the town. 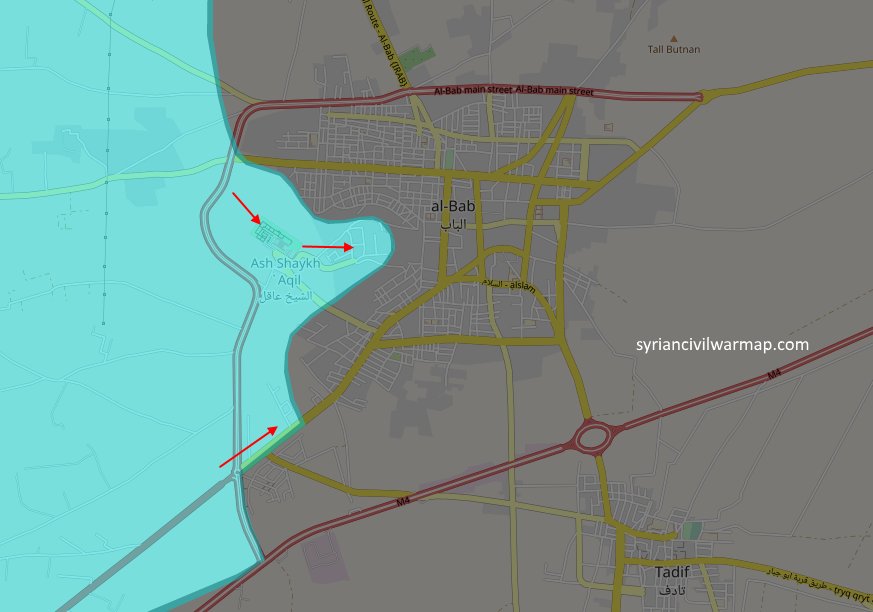 The Turks and their jihadists have proven to be not very affective at holding captured ground.

Good of them to soften ISIS up before the SAA asks them nicely to leave .

The Turks captured the hospital and now the goal is finally capture Qabasin and the other village.

didn’t they capture the hospital a couple of times already and then lost it in the latest months?

They can make a sitcom on how to lose a hospital.

Preciously USA/Nato,Saudis and Turkeys strategy to capture hospitals and converting it into terrorist headquarters.

Al-Bab has no strategic value for SAA at the moment. The SAA’s latest progress has falsely encouraged the Turks to move on Al-Bab thinking the SAA’s recent progress south of Al-Bab was going to make their task easier. SAA will not attack al-Bab but will leave the Turks to take the losses. SAA will then move east & north-east to completely seal the Eupherates Shield progress.

If Erdogan decides to move towars south, he will face a strong opposition inside Turkey. I am 100% sure that just one and a half month before the referendum, he won’t do such a thing.

opposition? Turkey? when did that happen?

You do realise that AKP was elected by just 49% right?

You do realise that army is still secular, right?

Dogu Perincek, leader of Patriotic Party, is constantly giving warnings to Erdogan and his men that a REAL coup will happen if things go too badly in the country.

This guy knows almost all the generals in the army. Much of his sayings are going unheard but… Well. Just wait and see. From outside it looks like Erdogan controls everything but its not like that.

Brain damage syndrome Erdo said he won’t go any deeper then al bab. Get the updated memo. No Afrin happening ever that is why you build your dumb wall around it.

Have you read Erdogan’s latest comments about the next move to Raqqa?

These are just words. Ofc. you are not in Turkey, you are not able to read and understand Turkish news. I assure you that there won’t be an offensive towards Raqqa. Raqqa is just an excuse for Erdogan to extend its stay in Syria after Manbij operation.

You can not make an operation without people’s or other politics backing. Although AKP party members gave green light for this operation, they are already making too much noise for Raqqa. They want and people want Manbij and Afrin, not Raqqa.

Even the army itself is quite restless. Just 2 days ago they made an announcement about the Russia bombing Turkey’s soldiers, going against Erdogan’s explanations. Erdogan had to make a 2nd explnation about the issue but his voice was quite soft and alittle shaky.

People think Erdogan is just free to do whatever he wants but thats wrong. At least to a certain extend. Same as for Putin.

Putin desperately needs a win. An economic win. Sanctions are perhaps not destroying Russia but elites are furious. It’s all same everywhere man. Money goes out; you lose power. As simple as that.

Syrian war is the funniest war with lot of share holders for oil and gas pipeline.Funniest war were enemies are ask to leave a area with small arms and turn around and attack.Funniest war were coalition share holders and Regime supporters are fighting the terrorist.Turkey is fighting Syrians and are bringing in Saudi Terrorist which Nato Support.Russia is supporting regime and betray the regime forces for friendship with USA.Turkey,USA,Nato and Saudis must create safe zones in their respective countries and take the refugees the until the once that uses people as shield are eliminated.

The enemy of Syria people Turkey is representing Syrians in Astana and are opposing Kurdish people and Egypt from being part of representative in peace talk.Turks have promised the Russians that their will get shares in the gas and oil pipeline through sovereign Syria.