On February 25, the Turkish Armed Forces (TAF) and the Free Syrian Army (FSA) captured the villages of Urmanli, Samalik, Sheykh Muhhamadli, Dudu, Wilakli and Kunda Dudu from the Kurdish People’s Protection Units (YPG) in the Syrian area of Afrin, according to FSA factions involved in the operation.

According to the TAF’s general staff, 2,018 ‘terrorists’ have been neutralized since the start of Operation Olive Branch in the area.

The YPG said that its members had repelled an attack by the TAF and the FSA in the village of Omara.

On February 24, the YPG destroyed a vehicle armed with a gun near the village of Chaqal.

I think the question now is what the Turks will do after Afrin. SAA has to secure as much yellow in the region as possible before then. Turks are boasting about attacking the US in Manbij next, but it is probably deflection from their conspiracy to wage war in the government-held parts of the Aleppo Governorate again.

Merijn
Reply to  Assad Did Nothing Wrong™

If there is a deal between the Turks & Assad (which is also very well possible), Turks can be in the Revenge-Mode for the staged Failed Coup by the U.S. Then the U.S. Has got to worry about their stay in Syria…

So far to the latest one month “cease fire” in Syria …

Turkey is busy, while in Greece, the First Greek Reich is rising. An obscure young leader is slowly rising to power, with thirst for conquest.

Yeah, He is rising thanks also to his valiant mentor

This person doesn’t just want to ‘defend’ Greece. He wants to take Ankara. Turkey is unaware of these shadowy developments.

True! He has a HELLENIC EMPIRE in the making once again. He is brilliant and he will be the nightmare for his enemies . Turks don’t know what is coming for them soon.

True. By the time Erdogan realizes he’s been duped, the Hellenic EL-EL forces will have him in chains.

It’s funny that the Turks roam around the Aegean while the EL-REICH forces are roaming in their back yard.

Why Ankara? Isn’t Istanbul, the old Constantinople, what Greeks should be aiming at. And if this who the hell this guy is can do that, he’s welcome to it.

What are you talking about, dude?

Kurds are really traitors of Syria. The rather take over Afrin to turks then to legal government. So, marburg virus in Afrin!

If Turkey decides to annex Syrian lands, which I think is their aim, because nobody will sacrifice lives to take land just to hand it back, Syria should ally with and arm the PKK. I have no problem with Turkey wanting security as long as it hands captured land over to the legitimate government of Syria.
Still, I think they are trying to reenact the Golan Heights here.
That said, the Kurds are stupid. They SAA should have been given dominion ovet Afrin to protect them from the Turks, because they know the Turks hate them and was only looking for an excuse.

Only insanely pro-Erdogan people(whom are literally insane by definition) are asking for annexation of Syrian lands which are like what… 5% of Turkey’s population?

Such annexation is not feesible tpp. It will bring international sanctions on Turkey, just like it did to Russia. Issue is that Russia can survive for a while with such sanctions thanks to its Gas and Oil imports but Turkey is no such country.

There are daily videos of interviews of different people in various cities of Turkey and all are aware of the stuation in Syria. They don’t want war, they don’t want annexation, they just want PKK gone, thats it. From its young to its old generations, all suffered PKK’s deadly terror attacks for years. We had enough of it.

How come and PKK got powerful over the years? Is it the from the support of Kurdish people? Support from the cia to use them as a destabilizing factor inside turkey? Support from energy related companies? Have you made any assumptions? I guess there are many Kurdish political organizations in Turkey but they are not radicalized. Am I right?

I will show you something very interesting. This will also serve as a reason as to why Kemalist(pro-Ataturk) people hate Erdogan’s guts and believe Erdogan is or was a secret CIA-agent or something sort-of.

Unfortunately there is no English version of this page but I’ll explain what the page is about and why it matters.

In 1990s, Turkey’s army, whom had enough of PKK’s terror attacks, started a series of colossal operations against PKK. A fierce and a decade-long guerilla fight has started.

In this link, you can see that in 91, 92, 93 all the way to 99, for a decade fighting was very intense. Every single entry you see here is a clash between PKK guerillas and Turkey’s army.

After this, you can see from here;

In 2004-05 Erdogan is elected and you can see an insane amount of PKK attacks on Turkey from there on. Wanna know why? Here is a video;

Of course video is in Turkish but I will help you understand the important sentence he makes in the video and why it answers the why question.

Rough translation “Our governors, as a neccessity of our orders had not been doing operations against terrorist organisations”.

Thank you Skagos for you reply. Your politics are complex, the perception I have for turkey was very simplistic. I will read your link. Take care. 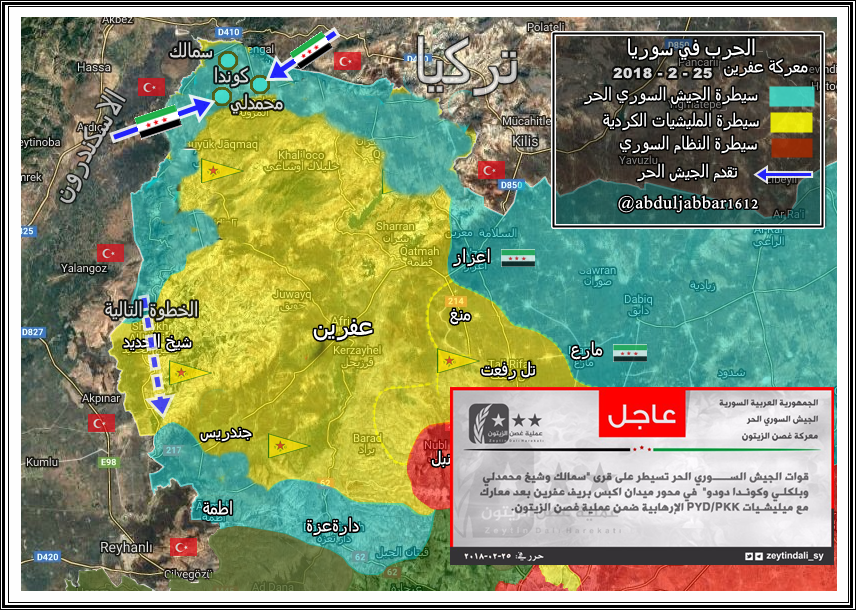 chaqal is Turkish word give back our lands