Pro-Turkish militant groups and the Turkish Armed Forces are advancing on the village of Bzaah east of the ISIS stronghold of Al-Bab in the Syrian province of Aleppo.

Pro-opposition sources claim that Turkish forces have already entered Bzaah and now are close to reseizing the village from ISIS.

If Bzaah is captured by Turkish forces, they will be able to deploy close to the key ISIS stronghold from the eastern direction and will be able to attack al-Bab from three side, simultaneously.

Earlier this week, Turkish forces seized the nearby village of Amiyah. 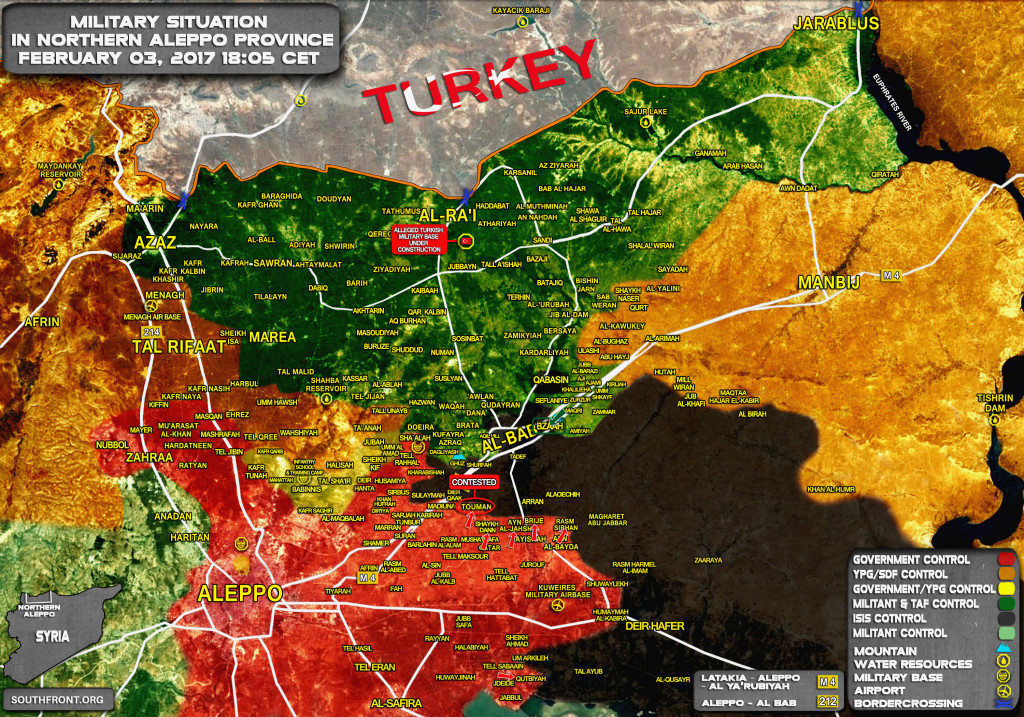 The ES entered the city and then withdrew -https://twitter.com/sayed_ridha/status/827566041676931073 .Pls Southfront update your information faster.

Amaq didn’t say such a thing(that FSA retreated etc.). Hassan Ridha is pro-pkk and just do black propaganda against FSA and TAF.

Here this is evidence of the lack of a fully functioning brain. Hassan is not Pro PKK hes not the PKK night creeper coming to get it you at nights sheesh. Anyone not Pro Sultan is labeled PKK, hes pro SAA.

FSA and the Turks retreated.Dont worry man you will take the city probably after 15th attempts.