“Winners of June 24 elections are Turkey, Turkish nation, sufferers of our region and all oppressed in the world,” Erdogan said. “I would like to express my gratitude to my people, my brothers and sisters who put their trust in me, my alliance and my party.”

Erdogan’s Justice and Development Party (AKP) is also leading in the parliament election with 42.49% amid 99.10% of ballot boxes opened. The People’s Alliance [the AKP is a part of it] currently has 53.62%.

Erdogan and his supporters seem to secure their dominance in the Turkish political sphere.

Erdogan should raise the arm higher to do the proper salute !

If he did then it would be the old Roman salute. Quit living in a fantasy land where people spreading glitter and riding unicorns farting skittles while carrying rainbow flags shouting “NAZI! NAZI !NAZI !

so base on the results more than half the kurdish population, in turkey, voted for him.

There is more. Kurdish leader Demirtaş got onlty 8,60% of total votes in Presidency election, while his party HDP got 11,62 % . This 3% extra votes comes from Turkish left voters who wanted to support HDP for passing %10 election barage. 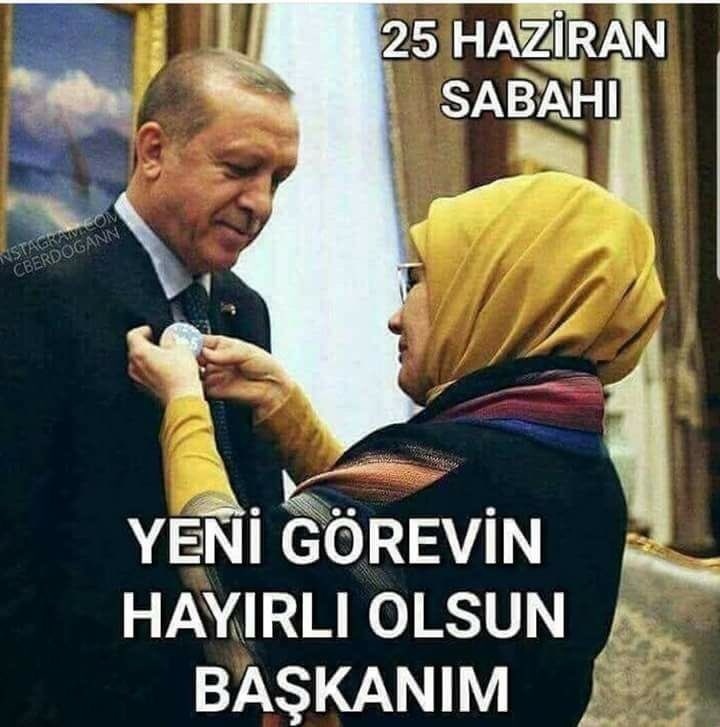 US coup version 2 coming up.

They are strong allies with Erdogan and have been behind him always. The entire coup was fake and made up in favor of Erdogan so that he can seize more power. The entire thing Gulen movement or coup attempt is made up. His in the US and they are also in on the cinama show for the audience

Yeah as i read Ince is only a step behind him in early count. Perhaps it’s the bad narrative pushed above erdogan reelection again by the same actor. That remained to be seen though how much the opposition would challenge the results.

Wow, Well done. This is so good news not only for Turkey but for the whole Middle East. Congratulation to Mr. Erdogan and to all Turkish brothers.

Why ? Erdogan being”elected”is not a win for anyone but bloodthirsty Turks and the Idiotic American leaders who championed him and his predecessors. Turks were never”moderate”Muslims and never will be.

That was another American piece of bullshit noone actually believed!

I prefer Erdogan as a zionist in charge

Turkey is number one in terrorists in Syria # 2 is Saudi as usual Rob your priorities get clouded by a deceptive leader such as Erdogan as he fools me not , he sides with NATO and you think he is going to aide Palestinians as always Assad is the go to in achieving peace in the region as he can get better cooperation among the ME in ensuring a lasting peaceful resolution.

You don’t know the game of Erdogan. He plays the game with too care now. I cannot tell you more here but soon you will see.
Erdogan was the first Muslim president who visited Palestine. Erdogan and Assad are now united and this is a game changer in the entire region.
Erdogan says that never trust on your enemy just play with him.

Problem is I know Erdogan he is an open source book to me and easier to read than Putin and Lavrov. Never believe or trust a Turk to save your life or help you , unless you are at the end of your life and you have no more cards to play then trust your death will come.

it appears Satanovsky was wrong..

That guy (very telling name by the way) together with some others is (his friends Soloviev and Kedmi) not about telling the truth. Their purpose here is to try and control public opinion. Thing is that patriotic movement is present in Russian society so this guys start to yell “We’re the main patriots! We’re even more Russian than you are! We love you Russia and Russian people and we explain to you what is what and who is who.” Doesn’t matter that Soloviev is Israeli (dual) citizen and not too many years ago Kedmi was a head of Israel intelligence agency that was spying on and against us… They get prime time on tv and some start to believe that they are true patriots and want good for Russians. Those who think that Putin controls tv and media here is living in illusory world – nothing changed from Eltsins times and media is majority Jew owned.

“That guy (very telling name by the way)”

“their purpose here is to try and control public opinion”

idk if you have heard about the latest Abramovich stunts. After getting Israeli citizenship, he showed his good side by paying 30 sick kids tickets to the world cup. Of course, the 30 were Israelis – and most medias in western europe are underlining how much of an humanitarian he is.

I’m not saying it’s wrong, but having the kinds of money he has, and getting publicity for 30 (not 3000, or 300), and moreover Israeli (humanitarian acts should go beyond nationality or religion, but explain that to zionists) kids he “helped” should be disturbing for most people in their sanity.

After all, Israel killed 3000 Palestinian children in Gaza since 2007; not a single kid from there is going to see a football match in their lives.

At the start of 90s enormous resources of CCCP were distributed literally by US embassy. If interviewed oligarch wannabe assured that he’s all in for UK/US/Israel and he’s promising to sell his own people at first notice from Washington – he was than prized with factories, oil fields etc., etc. Abramovich is one of those.

the way i see it, Boris Eltsin’s presidency has been possibly more damaging than everything else that happened since the end of SSSR.

Not much information is allowed to reach the public, but from certain things and events that have been divulged, and from today’s perspective, I’m almost certain that he was the center of one of the largest traitorous plots to ever happen in history.

in any case, the ziomedia in general and the ziotrolls here claiming that Putin acts on zionist directives, are indicative of a state of general anguish and impotence that tells us clearly who was the real zionist puppet.

My hope is that what happened in Russia happens all over the rest of those “democracies” where politicians report to hidden elites and not to their citizens.
It’s probably going to be a long and painful process, but some hints are there for people to see, that the cabals have put their medias in “damage control” mode, which means they aren’t all that sure they can keep their power over national countries.

Putin is jew, Medvedev is jew. Lavrov is jew. :P

Get lost Solomon, don’t be boring.

Was there any doubt about this? Democracy… pff.

The longer Erdogan in power the more hard their fallout later. Although i should admitted that erdogan were so good at directing the turks attention around.

Good luck people of Turkey, remember you made the bed, you lay in.