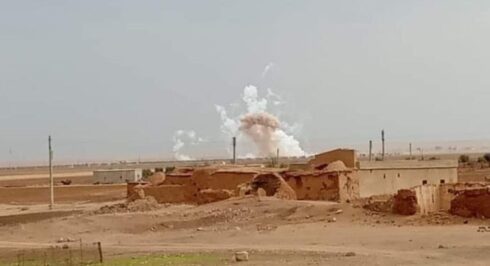 On November 1, local sources reported that a Turkish drone had targeted an SDF military checkpoint in Syria’s Raqqa Governorate. If confirmed, this is the third Turkish drone attack over the past 3 days.

The strike reportedly hit the vicinity of the village of Bir Arab, west of the town of Tal Abyad, killing 4 SDF fighters and 2 soldiers the Syrian Arab Army.

The SAA positions and a Russian observation post in Biar Arab

On October 30 afternoon, a Turkish combat drone, reportedly a Bayraktar TB2, carried out an airstrike on a checkpoint of the SDF near the town of Ain Issa in the northern countryside of Raqqa, according to Syrian opposition sources. No losses were reported.

On October 31, Syrian opposition sources reported an attack by a Turkish drone on a checkpoint near Tel Tamra in Syria’s al-Hasakah.

The drone attack are carried out amid the ongoing artillery shelling of the SDF positions in the outskirts of Ain Issa by the Turkish military and its proxies. 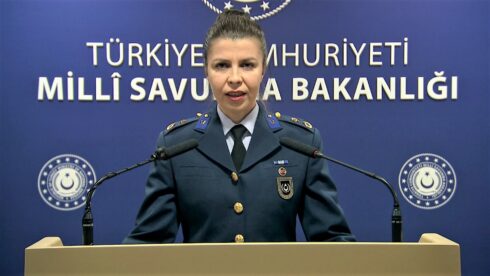 On November 1, the Turkish Ministry of Defense claimed the Turkish armed forces had neutralized more than 2 360 militants of various terrorist organizations in the region since the beginning of 2021.

“In October, 27 operations were carried out in Turkey and abroad, during which 279 terrorists were neutralized. The total number of neutralized militants since the beginning of the year has reached 2 360,” the representative of the press service of the Turkish Defense Ministry, Major Pinar Kara, reported.

Major Pinar Kara added that 169 terrorists had been neutralized in the zones of anti-terrorist operations in Syria in October.

The representative of the press service of the Turkish Defense Ministry also commented on the deployment of a Russian military aircraft in the Qamishli airport in Syria, claiming that the footage of the landing and takeoff of a Russian military aircraft had been circulating in social media. This was not a dislocation but a one-day event, according to Major Pinar Kara.

On October 31, Russian warplanes were spotted over different parts of Syria’s northeastern region where tensions between Turkish and Kurdish forces have been growing. This is an important signal to Ankara, as Russia is ready to deter Turkey in order to preserve security and stability in the region.

That’s nice . No one can comment except for the garbage

Ah , so. comments are back.

Yes what the hell was going on?

I have no idea. Hacked ?? , RT had something similar a few weeks back where all comments were removed in a a minute or less. ?? Hours later everything was reinstated. ?? Now every comment I make is marked as spam instantly and deleted with the note that they have received my request for reconsideration which of course I haven’t even had the time or chance to do so. Effectively banned because ????

No turk bots gloating, how surprising.

Someone take out the trash finally?