On March 2, Turkish Defense Minister Hulusi Akar came with a new group of claims on results of its Operation Spring Shield in Syria’s Greater Idlib. No surprise, Akar said no word about the withdrawal of Turkish-led forces from Saraqib, but revealed some large numbers of the supposed casualties of the Syrian Army.

Ammunition trucks belonging to the #Regime hiding under a building approximately 20 km north of #Seraqib were destroyed by the #TAF. The explosions in the building continued for hours. pic.twitter.com/tzqbp8Py39

It’s interesting to note that just on March 1 the number of ‘neutralized’ Syrian soldiers claimed by Akar was approximately 2,200. Therefore, if one believes into Turkish claims, over 350 Syrian soldiers were killed, injured or captured by the Turkish military during the last 24 hours. This looks hardly possible. Nonetheless, this does not stop Turkish media outlets from spreading these claims as confirmed facts. 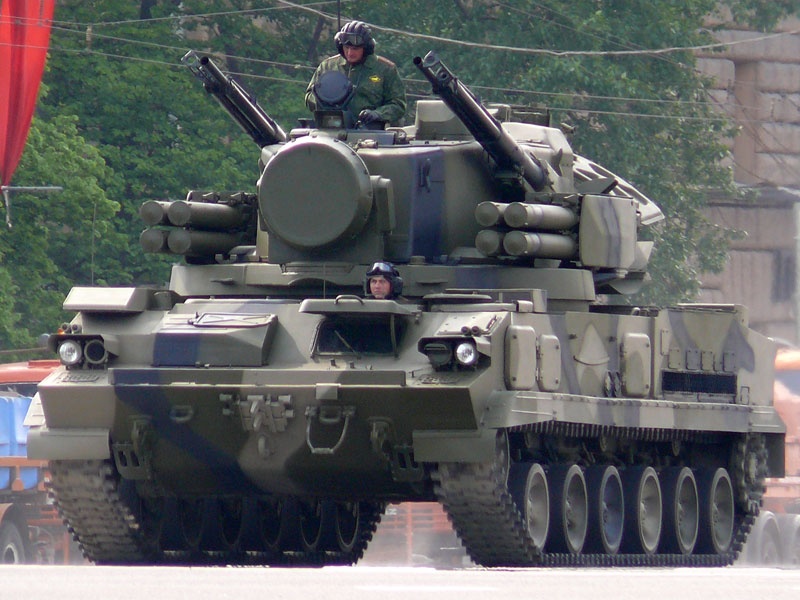 Yeah, mostly turks report in the 1:10 ratio, meaning 1 true dead, 10 reported.
This has been true for most of their operations in Syira, and now too.
The massive attack by drones days ago were 150 confirmed dead SAA+Iranian+hezbollah, so around 220 dead now seems reasonable.
Still too much sadly.

True or not, Syria better accept those estimates if they want to deescalate. If Turkey is after revenge, pretend that they got it. Or they will continue until the public is satisfied.

Nothing but lies and only one is lying better: a jew.

More like 25. The Turkeys should get a prize for telling the most outrages fibs. 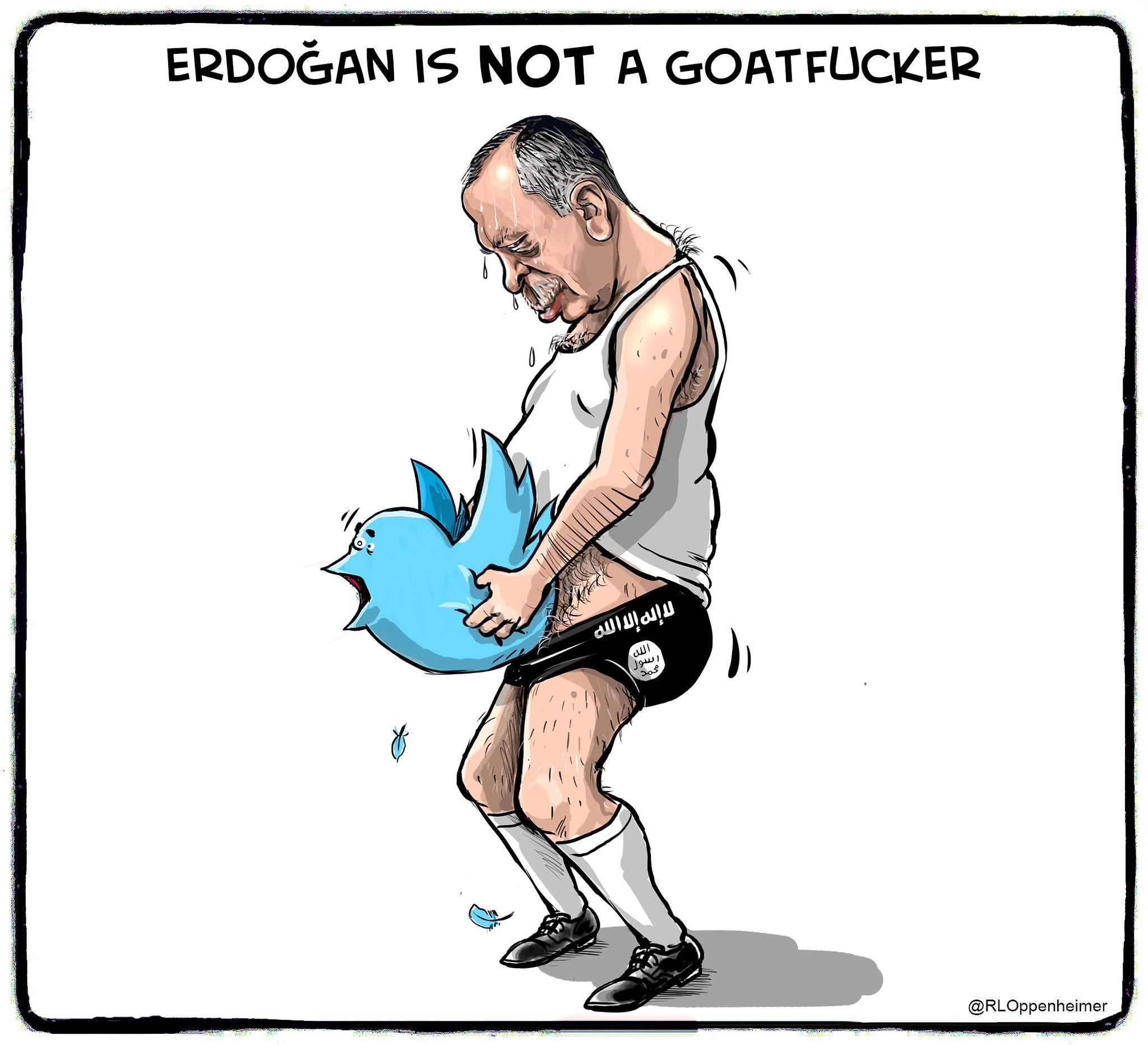 Yes it’s very believable Give Erdogan a month he would have whipped out all SAA and all there allies He’ll take over the Middle East Europe and Africa
China and The US of A will have no choice but to submit in fear to Erdogan. He’ll be the sultan of the universe in less then a year.

And a partridge in a pear tree!

How can rhey give such accurate figure
Its ridiculous
Did they retrieve 2557 bodies ?

Not one actually. It is just Baghdad Bob multiplied by a factor of 100.

Its easy man, this morning their defender minister Akar woke up from a dream and a random number pop up in his head, and said to himself “hey I have an idea, lets add that number to our military report for today,it will be so much fun” and so there is.

TURKISH DEFENSE MINISTER is like the man who had a one night stand with a girl and he thought he had sex with 100 girls in a row.
It is called : The elusive feeling of happiness.

Turks have one night stand literally with goats. Most are fags anyway and not into girls. It is also a FACT.

Don’t forget they are ready to march into Athens and Moscow anytime too.

Yeah I can see their troops from my balcony right outside the gates of Athens, a friend from Moscow also said to me the same.

On a serious note, they are spooked by Russian warning and strong resistance from Syria and its allies and the goat fucker Erdogan is rushing to Moscow to lick Putin’s boot. Strong nations don’t rush to their adversaries capital as ask for a reprieve.

Erdogan is going to Moscow on March 5.
Unconditional Turkisis capitulation ;)
Free XXL Tampax to every hasbarat…
?

Exactly, the goat fuckers are scared of a very strong Russian response and now know that SAA will not buckle and is putting up strong resistance. Libya just signed a defence pact with Syria and Algeria has openly condemned the Turkeys and hinted at sending military units.

Spot on.
Also NATO won’t come.
What a surprise…

I just hope Putin reads him the riot act and no more ceasefires so that the Turkeys can rearm their battered terrorists. Even in Sunni Arab states the Turks are hated.

Everybody knows that Turks want to rebuild the Ottoman empire which means every Arab would be a Turkish slave, that won’t happen.
Also it’s no coincidence P is talking about new generation of weapons, it’s a friendly warning.
The question is not whether Syria will win or not, the question is will Turkey vaporized or not during the process.
It’s only up to the Turks…

Wrong my friend, that is what Israel wants everybody believe. Turkey is just following USA-Israel-NATO plans.

I am disappointed, Ray of sanity appeared.

Since Turkey began it’s operation in Idlib to launch drone strikes, they have nearly 300 killed SAA soldiers, which has been confirmed by video. The rest is BS and all lies.

My guess from the footage and limited payload of drones, perhaps 100 SAA casualties. Hezbollah is very truthful and did acknowledge a dozen lives lost, Iran 1 and SAA perhaps 30-40 as tanks have 3-4 man crew at most and most of the SAA is very mobile or well dug in. Just a few old T-55 do seem to have been hit and a few bombed out buildings. I was a ELINT recce officer on RF-4 and have a good handle on interpreting battle field footage. The Turkeys are liars and should be ashamed.

At this rate, tomorrow the Syrian army will no longer have a soldier. Lol, liars turkis pigs :))))

The true picture is that the goat fucker Erdogan is in panic mode as he promised to roll back the SAA by last weekend, the opposite is happening and the Turkeys are taking serious losses and he is running off to Moscow. The Turkeys have no chance in Syria, believe me, I know their capability and internal problems. If Syria can kill another hundred or so, they will run back. The Turks are notorious for a shallow ego and saving face as they claim to be “warriors”, even though the opposite is true.

Hyper is so stupid, he thinks they are winning!!! LOOOOL!

No he is typical Turk, I know how they think and have very shallow egos. Erdogan is a classic example. They are still harking back to the moth eaten Ottoman Empire that was defeated repeatedly by Russians, Austrians, Persians, Greeks, Balkan nations and lastly and most importantly the Arabs who ended their fantasy and destroyed the sick Osmani delusions.

A lot of turks think they are an unstoppable force of nature Delusional turds they still live in the past.

Here’s the scoop,There are a packa real sick fks free masons branch who want to control the world,

this is no joking matter,understand there from in,whom the aswholes are whom setup palestine and iran to try to bring nuclear war to israel,they cannot stand present leader,mission is to try to oust him too, and hopefully eradicate china,chances are the trolls represent these evil white supremo nazi ideologist wannabes,whoms desperatos so bviously hit china with biological weapons,the plot thickens eh london?

Putin wants to be friends with the global Zioterrorist elite, and granted them some freedom of operation to shape Russia’s socioeconomic realities. China’s economy was developed by that same elite by heavy investments and tech transfers since the 1960s so it’s not easy for China’s corporate state to get rid of them either.

Turkey must put a big number to impress and get confidence of its people. OK, let us give them two order of magnitude higher, not problem.

Turks should be thankful Russia is more committed to avoiding war with the global Zioterrorists and making friends with them than to liberating Syria from the claws of the Zioterrorist invaders. If Syria were able to operate the S300 freely and had an adequate amount of them, Turk F16s would be history, the Ziowahhabi Turkish terrorist airforce would be a thing of the past like the Ottoman empire.

Akar admitted to a War Crime, Turkey must answer before Nuremberg Trials 2!!!!

like the amerikans that fabricated bodycounts in Vietnam, the turks do the same

the consequence for meddling in the syrian war the way turkey and erdogan is doing is going to come back and hurt them much worse than they can foresee now.