The Turkish-backed Syrian National Army (SNA) had carried out drills in the northwestern region of Greater Idlib, the Zaitun Agency reported on August 16.

According to the agency, the drills were meant to inspect the combat capabilities of the SNA, as well as to prepare for any future battle with the Syrian Arab Army (SAA) in Idlib or Aleppo.

Photos of the drills showed SNA fighters raising Turkish flags. This led to a backlash from some opposition activists, who critisized the SNA.

The SNA was formed in January 2017 by several factions in northern Syria with support from Turkey. The coalition is known for its poor combat capabilities and high-level of corruption. The loyalty of the coalition is often questioned as it receives all of its commands from Turkey.

The SNA is deployed in Turkish-occupied areas in northern and northeastern Syria, as well as in Greater Idlib, where al-Qaeda-affiliated Hay’at Tahrir al-Sham (HTS) holds control. The coalition entered Greater Idlib last year with the aim to support HTS.

The National Front for Liberation (NFL) is another Turkish-backed coalition operating in Greater Idlib, side by side with HTS and other groups linked to al-Qaeda. The NFL is also preparing for a possible battle with the SAA.

A recent reports revealed that militants were preparing to launch an attack on SAA positions in southern Idlib. The recent preparations by the SNA and the NFL indicates their hostile intentions.

The photos show rather a motley crew, many of them obese.

Most the wahabinazis are dead, only mentally handicapped are left.

.This is the Hole of KemalReis … !!! There, at the height of the helicopter hangar carried by the Turkish frigate, a deep and wide crack starts, almost 4 meters long, maybe 5 … and with an opening of at least one meter !!! In the photo that NO ONE CAN deny, the number of the ship can be seen faintly on the bottom right … At the back, where the helipad ends, its coat of arms can be seen...TURKS END THE LIES. 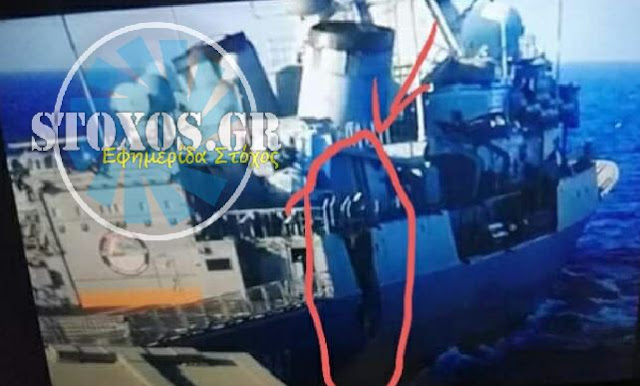 The New Battle For Greater Idlib Is Coming