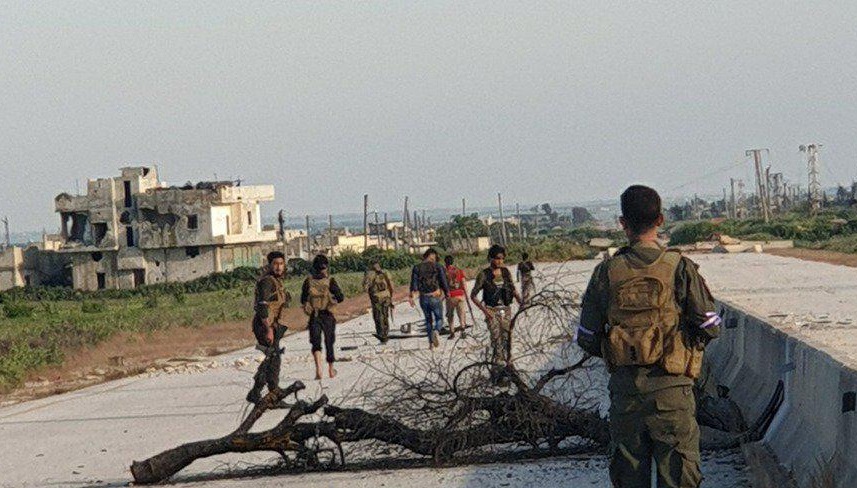 Turkish-backed militants withdrew on December 5 from the al-Mabrukah electrical substation in northern al-Hasakah as a result of a Russian-Turkish agreement, according to the Syrian Observatory for Human Rights (SOHR).

Under the agreement, which was revealed a few hours ago by the SOHR, the station will be handed over to the Syrian Arab Army (SAA). In exchange, the Damascus government would supply the Turkish-occupied border town of Ras al-Ayn with electricity.

“Factions loyal to Turkey have withdrawn from the al-Mabrukah electrical substation, amid preparations by regime forces to enter the station,” the UK-based monitoring group said in a report.

The SOHR also revealed that Russia informed the Kurdish-led Syrian Democratic Forces (SDF) that it will secure the strategic M4 highway, which links al-Hasakah with Raqqa and Aleppo. Turkish-backed militants will be pushed away from the highway.

In the last few weeks, Turkish-backed militants launched several attacks on the M4 highway. All the attacks were repelled by Kurdish forces and the Syrian military.

Russia’s efforts succeeded in de-escalation much of the tension in northeast Syria in the last few weeks. More will likely be achieved in the upcoming days.

Sounds like a fair deal and stops the fighting and killing. Damascus gets the power station and anytime the Turkish factions misbehave they can flick the switch on the town .

No doubt there was some fear involved. :-))

And how can they now torture captured Kurds without reliable source of electricity?!

So many alternatives !!?! I didn’t even realize… well I doubt they have tasers there…. Hmm..

Are you sure you not doing torture professionally yourself?

Why have the good old pliers and bolt cutters , for cutting off toes and fingers , gone out of fashion. No fun anymore.

I can see that I am surrounded with professionals on the subject. Hard times for hard working well experienced, well equipped professionals… Yet without any decent torture job offer or at least occasional victim to stay in shape. Arn’t CIA taking any free-lancers in that domain lately?

Erdoghan needs bringing to his knees …. he has turned Turkey into an openly dangerous terrorist-supporting rogue state, with not even a figleaf of adherence to international law … Karma needs to hurry up it’s meeting with him.

If ever arrives “karma” is never in hurry. Those who wait for justice risque sometimes to die disappointed.

exactly, turkey has nothing good to offer the world anymore, just dirty shithadist rats, nobody wants your neo ottoman empire erdodog, NOBODY!!!!

He is instaled there by CIA now rogue Erdogan’s regime really needs some payback. Many Turks flee, because Gülen is pronounced a terrorist.

“The SOHR also revealed that Russia informed the Kurdish-led Syrian Democratic Forces (SDF) that it will secure the strategic M4 highway, which links al-Hasakah with Raqqa and Aleppo. Turkish-backed militants will be pushed away from the highway.” This is great news! :)

good riddance, there should be exactly 0 turkish backed militants anywhere in syria or in the world for that matter, and russia needs to get much much tougher on them

Yes, they flee in fear. Wahhabis are biggest cowards on Earth.