Turkish-backed militant groups that operate under the brand of the Free Syrian Army (FSA), supported by the Turkish Armed Forces, have seized more areas from the ISIS terrorist group in northern Syria. The Ankara-led forces took control of the villages of Yahmul, Jarez, Sheikh Rih, al-Bel, Baraghitah and Tawaqli near the strategic town of Azaz in the province of Aleppo.

Now, the Ankara-led forces are aiming to re-take the town of Sawran. If this is done, the nearby town of Dabiq will likely become the next target of Erdogan’s Operation Euphrates Shield. Hmm, I wonder who benefits from Arabs ethnically cleansing Arabs?… If all Arabs dies off, then Jews inherit it all. 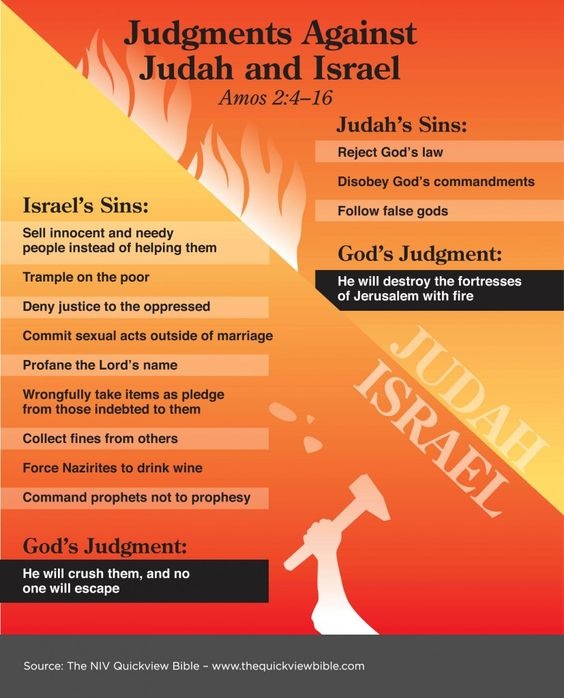 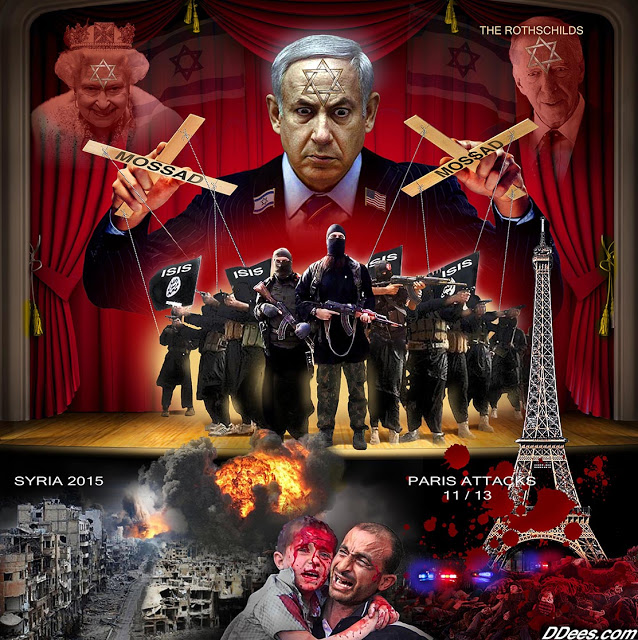 You make no coherent sense, you talk about the existential threat Islam poses to Europe, the West, and yet you… want Islam strong in the Middle East? To not have this threat weakened by anyone, especially Jews? Very conflicted person it seems.

No, he is saying that Israel supports Sunni extremists because it benefits their plans, and thus they are intertwined with those particular Muslims who threaten Europe. And that is true. Aside from the evidence that Israel supports the motley assortment fighting in Syria (several prominent Israeli officials have basically said as much), there is also the fact that since 1973, Israel has been grower closer to most of the Sunni Arab states behind the scenes, and supporting them via the Mossad. Saudi Arabia, Qatar, UAE, Egypt and Jordan are fundamentally allies of Israel. The only exception was Iraq, and thus, away they went. The Mossad helps keep their regimes in power. Of course, publicly their leaders have to say something anti-Israeli from time to time, because their people expect it, but that’s the show for the masses. Israel’s leadership understands that. It’s part of the game, and also helps keep ordinary Israelis in the fortress mentality that their government exploits to control them. It’s like 1984, you see? How Oceania and Eurasia and East Asia pretended to have wars to give their people something to focus on? Do some reading on the connections between Mossad and those states. They are pretty cooperative. They even have something in common on the matter of the Palestinians: none of them want them back! Thus, they cry crocodile tears fro them in public, and denounce Israeli oppression, but are actually quite happy to have the Israelis handle them for them.

I mean, that’s what RARA is saying aside from the Christian rhetoric. Unfortunately, so many people who recognise Freemasons plot (and Israel is run by it’s own masonic sect, B’nai Brith) delve into fervent Christianity in opposition, not realising that those same people created what we know of as Christianity as a control mechanism at the Council of Nicaea. The Jewish faith was just an earlier creation, used to unite those peoples to do their bidding too. The people who run Israel aren’t really devoutly Jewish either. Their ‘religion’ is much older than that. Jews are just more Zionist pawns. They just happen to be one faction’s household pawns. And Islam is just more of the same: another control mechanism to make another group of puppets dance as needed. Sometimes these tools get out of hand. They need people to actually believe in them for them to work, and that has side effects. But they are still tools.

You’re alright Joe, but still, the Jews are alright. It’s perfectly understandable, why they’d be buddies with the leaders of some of the surrounding nations; they don’t want yet another invasion attempt! And with the populations of those countries despising Israel, it’s their safest gamble, their only one. Using jihadists in Syria isn’t exactly what I’d call kosher, but Syria was always a pipeline from Iran to Hezbollah, so it’s fair for them to want this alliance, that wants to destroy Israel, to be weakened.

Your whole 1984 comparison is not entirely on ball, because like I said, look at how many times Israel have been invaded; the threat is real and constant. And look at the Arab Spring in general, how leadership in these nutty countries can change on a dime, from stable to extreme.

Well, I don’t really have anything against Jews, at least not any more than I have against most mainstream religions and their various sexist, fatalist, submit-to-authority overtones. I have Jewish friends. I don’t have anything against Israelis per se, either. The more intelligent ones are usually the harshest critics of their own government’s more questionable policies. I regard Jews and Israelis as just more victims of the same manipulators. They’ve been casually thrown under the bus by their elites as opportunity demanded, the same as everyone else. Neither do I regard Israel as more ruthless or back-stabbing than the US government. I think they genuinely oppress the Palestinians and the Lebanese, but looking at it objectively, they kill far less of them then we have casually killed in Iraq, Afghanistan, Vietnam, Korea or even WWII France. I state facts for the sake of facts, not to prove who is most evil.

Alright, so Israel has it’s reasons for it’s policies, and it may be that those reasons are actually a little more (or even a lot more) rational than our motives for the same policies. I have no objection to that premise. Like I said, I don’t hold that they are the more evil, compared the USA, or even that they run the USA. They are allies and co-conspirators, and each fill their own niche in that relationship. They are linked by their leadership being in the hands of Masonic cliques, though one does not necessarily dictate to the other. However, just because there are reasons doesn’t mean it’s not like 1984. The fictional people ruling Oceania, Eurasia and East Asia probably thought they were doing it ‘for the greater good’ too.

Also, I also think they could come up with less immoral and better ways to solve all the same problems. Supporting Sunni extremism and chaos may make a certain kind of pragmatic sense, but using their very sophisticated intelligence apparatus, their highly trained military, their status as the region’s technological and scientific leader and their worldwide web of connections to create secular, friendly Arab regimes whose people aren’t bent on destroying them would be a better approach.

As I said, the Arab regimes’ rule over their ignorant people is so tenuous that it could and does often change on a dime. Look at how desperately the Saudis are acting, throwing benefits at their civilians because the difference between stability and an uprising is shockingly small. Asking hardcore Muslims to stop being hardcore would ensure the latter, asking them to like Jews would especially.

The stability and the ignorance has varied in degree with the regime, and, the US and Israel have conspired to overthrow all the most stable, secular ones. Iraq was stable under Hussein. Iran had a secular republic before the CIA put the Shah in power, and when they got sick of him they backed the people who run the present regime. They’ve made that worse, not better.

Sociologically, the best way to reduce religious extremism is the same way you reduce crime: you increase education and standard of living. (And by education I mean objective, logical education, not religious education, of course.) People turn to religious extremism because they feel their lives are lacking and unfulfilling. Back when they were poor and largely illiterate, extremist Christian sects in Europe used to act just as barbaric and irrational.

The Saudis are sitting on a pot about to boil over, and they are too stupid to do more than throw money at it, while encouraging and enforcing the very extremist ideology that causes that instability. You can pamper people into quiescence, but it’s hard to indulge people to tranquillity under Sharia law. And the US and Israel support them.

Instead of overthrowing all the more secular regimes, Israel and the US could use their carrot and stick routine to make the governments seek to transform their societies. Yes, you can’t transform them overnight, but you can transform them. The trick is, it needs to at least seem like it comes from inside, not be imposed at gunpoint after an invasion. Offer technology-sharing, technical education programs and joint infrastructure projects, in return for educational and legal reforms. And if the local extremists rise up, then fight THAT war, help the local government suppress the extremists, through the same arms transfers, military advisers and airstrikes we use now to help the extremists. You know, like Russia is doing right now?

There are alternatives. The US and Israel have chosen this course.

You’re missing something though, the threat of rapidly growing Islamic populations, another thing that the West seek to undermine, thus the invasions of burgeoning nations, like Iraq and Syria, that have now been lessened somewhat, despite the still massive birth rates. You don’t want another Egypt, 20m in 1960 and 80m today. The Saudis are too useful and still aren’t ‘big’ enough to warrant a threat, let’s face it, if you took out the foreign workers/slaves that will soon leave once the country really starts to destabilise, you’ve got less than 20 million people easy.

As for advancing other nations, you don’t want to get too friendly, allow them to modernise too quickly. A friend today could be an enemy tomorrow.

*Sigh* The whole Zero-Sum, Deal-with-the-Devil, ‘Realpolitik’ that you are defending is the whole problem. Let me recommend the works of Buckminster Fuller, specifically his Synergetics concept, for an alternative approach to the problem.

As you ought to know, when you raise education and standards of living, population growth drops of rapidly. Humans like to think they are much superior to animals, but in point of fact, most of our actions remain biologically impelled. Poorer, less educated people breed more as a strategy to try and ensure someone survives to reproduce their genes. More affluent, educated people can instead invest more resources on a smaller number of children to ensure equal genetic success. Consequently, the steps I outlines solve the problem you showcase with the example of Egypt. Egypt’s population has exploded because their are poor and backwards. Furthermore, this way, you reduce their population at home, before their millions of immigrants show in your country, to overburden your welfare system.