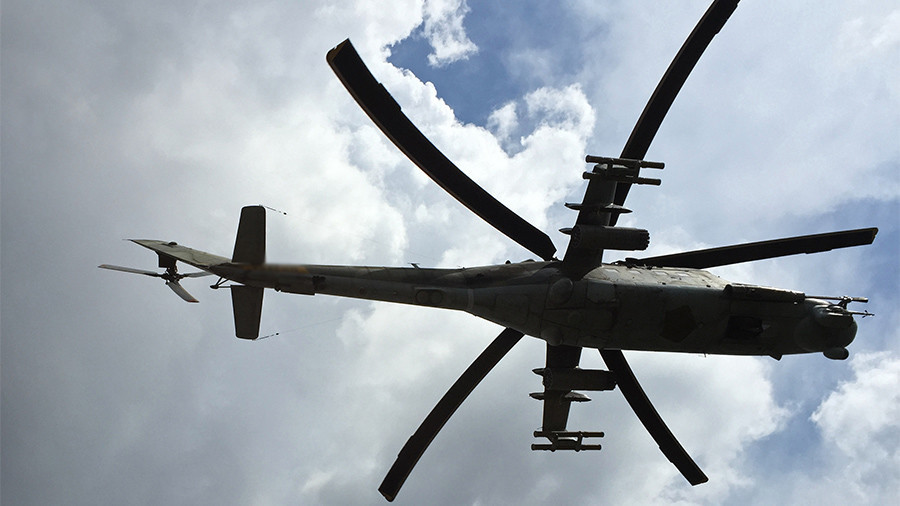 On September 26 afternoon, Turkish-backed militants in northeastern Syria opened fire at two Russian military helicopters which were conducting a patrol over the region.

According to the Hawar News Agency, which is affiliated with the Syrian Democratic Forces (SDF), the incident took place near the town of Tell Tamr in the northern countryside of al-Hasakah. The helicopters returned fire then retreated to SDF-held areas. The Russian Military Police and the Syrian Arab Army (SAA) maintain several positions around the town.

The incident was likely a response to the recent Russian airstrikes on the Turkish-occupied area of Afrin, which claimed the lives of 11 Turkish-backed militants.

A few hours after the incident, Russian warplanes targeted a position of Turkish forces near the village of al-Dardarah to the north of Tell Tamer. The SAA also shelled the outskirts of the Turkish-occupied village.

The situation will likely esclate further in the upcoming few hours. The Russian Aerospace Forces will not likely let the incident go unpunished.

The attack on Turkish military helicopters was a blatant violation of the 2019 Russian-Turkish de-escalation agreement on northeastern Syria. Under the agreement, Russian forces are tasked with monitoring the ceasefire in the region.

The hourglass is running out on the Erdoganist terrorist, mercenary filth!

A stupid move by turk backed degenerates. The Russians have the Iskander missile system on standby.

Do they think they can intercept a hypersonic missile system?

Thankfully it wasn’t a U.S. made tincan.

Thousands of Russian bodybags will tart going home if they make the wrong steps in Idlib.

If there’s any response from turkey, other than withdrawal, Putin will absolutely demolish turkey in under 24 hrs. And then, we won’t find you here again.

Reality is a bitch for ignorant trash.👍

Robespierre
Reply to  The Objective

How so? There certainly wont be ‘thousands’ of Russian on ground in any SAA Ildib offensive. They are advisers to SAA on ground. However, Russians will certainly be in air bombing any Islamist terrorist that moves above ground into small pieces. If ‘The Objective’ is for you to prove yourself an ill-informed moron, well done, mission accomplished.