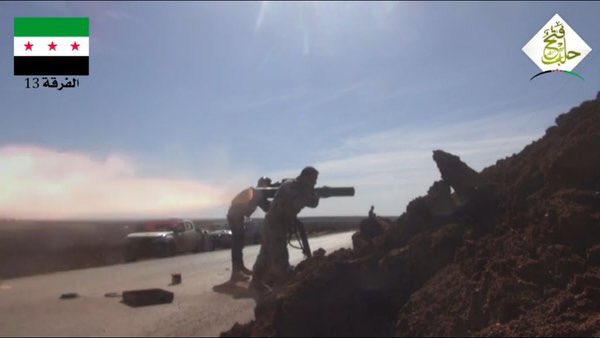 The battle for northern Aleppo has recently intensified between the Turkish-backed rebels and their current adversaries from the predominately Kurdish “People’s Protection Units” (YPG); however, not many observers would have predicted the all-out war taking place between these once civil factions.

It is bad enough that these factions are fighting one another in northern Syria; but, to make it even more interesting, the Free Syrian Army’s 13th Division (Turkish backed) fired a U.S. manufactured TOW missile at an armored vehicle belonging to the U.S. backed “Syrian Democratic Forces” (YPG ally) in the Aleppo Governorate’s northern countryside.

Gheez…. what a surprise !