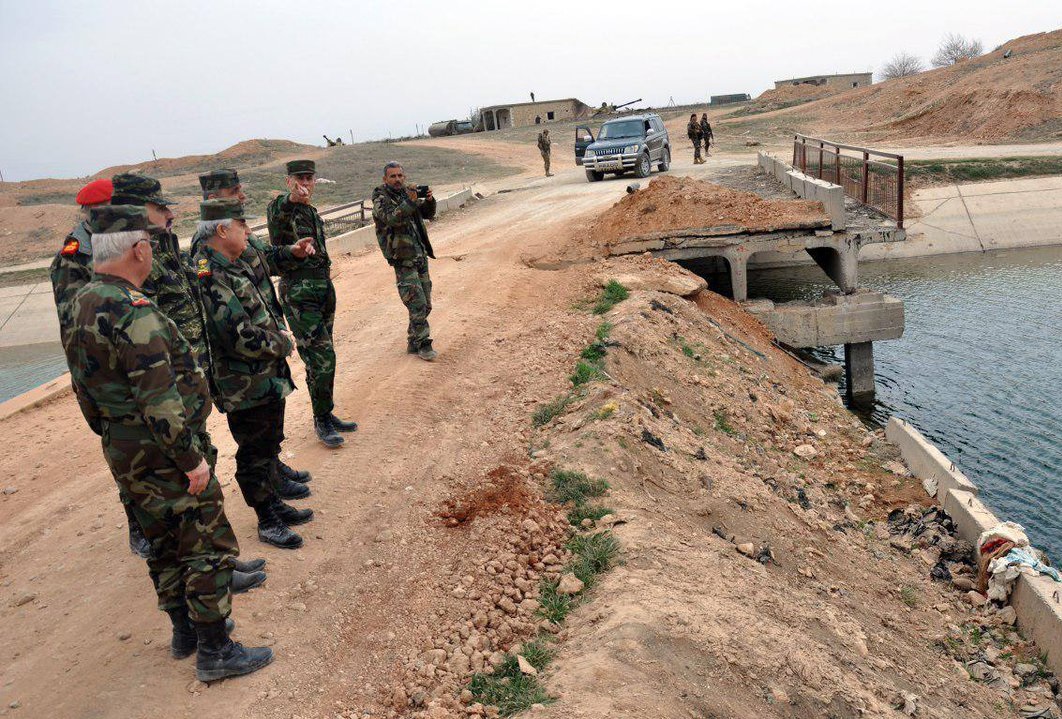 SAA commanders during a previous visit to Tadef, by he Syrian Ministry of Defense

On July 5, militants of the Turkish-backed Free Syrian Army (FSA) launched a surprise attack on positions of the Syrian Arab Army (SAA) in the village of Tadef in the northern Aleppo countryside. According to Syrian opposition sources, the militants captured large parts of the village, which is localted just south of the Turkish-held city of al-Bab.

As a result of the attack, seven militants were injured and a small unit of the SAA and the National Defense Forces (NDF) withdrew to several positions around the village.

Few hours later, the Syrian pro-opposition news outlet Enab Baladi reported that the militants withdrew from Tadef, after receiving threats from several FSA commanders and from the Turkish military.

According to opposition activists, the attack was carried out by a group of former fighters of Turkish-backed Ahrar al-Sharqiyah led by a radical commander named “Abu Khula”. The aim of the attack was to support the militants in southern Syria who are struggling to the stop the SAA’s advance.

Many pro-government and opposition activists criticized the attack as it represents a major violation of the Russian-Turkish-Iranian de-escalation agreement in northern Syria. The collapse of the agreement may result in catastrophic humanitarian situation as northern Syria is hosting hundreds of thousands of displaced civilians.

I have a good feeling about the Russian – Turkish relationship TODAY !!, but it may be all different in the morning.

DenLilleAbe
Reply to  You can call me Al

No I actually don’t think so. Erdogan does not trust the US anymore.

Erdogan asked the US to establish bases in Northern Syria, looks more like US/Turkey collusion and what you see and hear is just for show.

So the terrorist’s are finally getting the notion that a “fix” ha indeed been agreed. Good. That should make them think more about was is soon to happen.

Wouldn’t the nature of the skirmish make it more like a successful raid?