A series of fires have burned 14,000 acres planted with wheat and barley in the countryside of the Turkish-occupied town of Ras al-Ayn in northern al-Hasakah, the Syrian Arab News Agency (SANA) reported on June 10.

According to the state-run news agency, the fires spread from the vicinity of the town of Mabrouka to the villages of al-Rawya, al-Dahma, al-Khaldiyah, Abu al-Suun, Tell Khanzir, Abu Jalud and Tell al-Janab over the last few days.

Local sources told the SANA that the fires were started by Turkish-backed militants who wanted to pressure the locals and force them to leave the region.

The al-Hasakah Agriculture Directorate said that fires have destroyed 16,000 acres of crops in northeast Syria, so far this year. Poor safety measures, ISIS terrorists as well as flares dropped by U.S.-led coalition helicopters were blamed for some of the fires.

Syria is passing thourgh a serious economic crisis, with the Syrian pound collapsing to its lowest rate ever. The attacks on agricultural resources in the northeast could further threaten the food security of the war-torn country.

I thought Syria had fire trucks there. Plus Russia was setting up some Military Posts. Donnie and his Jew backers are bent to get rid of Assad. All that hard work. Turkey wants the Muslim Brotherhood to take over. Sad.

The Jews think they own the place because apparently David’s and Solomon’s kingdoms extended to the Euphrates River. Of course, Israel today is not God’s chosen people, the establishment of that government was through terror, not prayer, and today’s Israel has no blessing from God.

…………..they are ARE a gods chosen people, they are the children of a lesser god, namely satan, beelzebub, baal , Lucifer. They are a tribe which resembles a disease, that kills and suffocated all that gives life……………. a cancer on the arsehole of humanity.

The Jews ARE NOT “God’s chosen people”. All that history was related to people who worshiped God and, at least nominally, kept God’s law. Since the “Jews” crucified their (and my) Messiah, God has divorced them and given their place to the New Israel – the Christian church.
That collection of murderers, war-mongers, and shake-down artists known as “Israel” today is of no spiritual significance whatever.

Has this been cropped and they are burning the stubble. Hard to tell but in places in the video it looks like it has been cropped ..

Normal idiots can see its crop at video 2.

You also forget the rest is used for the animals too. The long lines are not stubbles at all.

Have you ever seen the cropping of wheat or barley crop. Obviously not so that looks like you are a normal idiot. Lots of places burn the stubble off so they kill bugs and ready to plough and plant again. Do you believe everything you are told or do you question perhaps this is not true.

You are a blindfolded stupidist of the worst kind.

I have dumbfuk and as I said it is hard to tell. vid 1 shows uniform wheel tracks as if cropped and the height with no head on top “looks” like it has been cropped. All that is left is the rubble . Can I not ask the question or do I have to believe everything I am told , even your bullshit.. The camera is panning so fast and so unclear m cheap ph cam that nothing is clear. Hows your virus going Jens . Maybe you believed it was time to open up a little too soon.

yes I did say stubble in my first comment and made a typo in my answer to Jens. Thanks , corrected.

Well done John, you recognised there’s a virus, its called “Dumbfuker” and its in his head and no vaccine is ever gonna fix it…………….except a good inhalation of buckshot, taken orally !

Yep. That’s winter wheat stubble since it’s ready to harvest in the Spring. They’re burning the stubble to put nutrients back in the soil before resowing the fields for the Fall crop. The first video shows the straight tire lines made by the harvesters where the tires flattened the stubble. Now they might have a problem where the fire jumped roads to ignite unharvested fields.

Thanks Bill , appreciated the clarification. So more an act of stupidity / accident than deliberate .

I doubt that the proxies would intentionally burn grain crops since the Turks expect those will feed everyone in the areas under their control plus provide seed for the next crop. On the other hand, the fires might of been set by a disgruntled tribe to ruin the crop yields of rival tribes.

Yes the intentional burning by Militants didn’t make sense and when I saw the first video with the wheel tracks and it looked like it was cropped I thought something is not quite right here rather than blindly accept story told. What you say makes more sense.

Thats right. Assads has done that for many years too and also denied even refugees food and medical care paid by UN.

My best hopes for the future are all the ones love killing and things like that all kill each other.

you fucking retarded turks,there are two possibilities,either you’re brainwashed or you’re liars,caeser act and more sanctions are on the door, they’re trying to starve us,SDF militia banned the peasants to sell their crops to the government, your proxies in idlib backed by your new ottoman sultan are buying US dollars and replacing it with turkish lira,US proxies in Lebanon are pushing to end any commercial dealing with us, and if you don’t know who really are your proxies, i invite you to go to idlib on a tour,it would be really fun, road signs such as “singing is prohibited” “democracy is infidelity” “Islam is the solution” tells you who they are, they’re nothing but the scums we’ve defeated in all syria gathered by your sultan under the name “syrian national army” and many other groups “turkistan islamic party” “hurras al din” and of course HTS, but we will defeat them and their caliphate, a syrian from aleppo.

I wish some of these craps shows in the F..* coran where the f..* prophet reports from f..* allah that a jihadist must destroy the one he is suppose to protect. 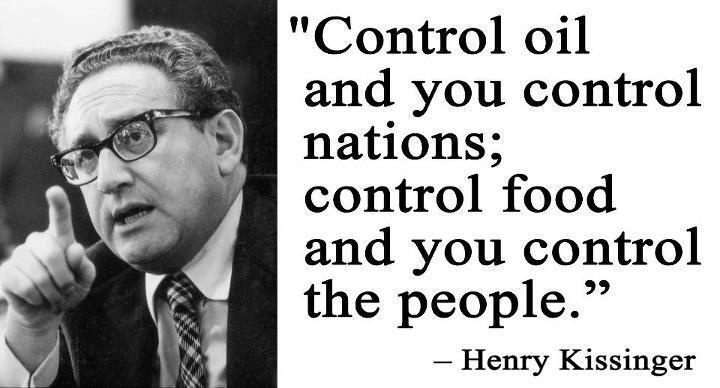 Thats from the old days and only partly true.

Not exactly! Today it’s maybe an over simplification but that’s what in general AmeriCunt foreign policy is all about with their 24/7 ‘War Of Terror’ their ‘Economic/Finacial Terrorism-War’ and ‘Mafia-Style Blackmail/Extortion-Schemes’ ect ect literally against the rest of the World.

Yes it is an oversimplification. All other products of importance as well as logistics for it are not there.

if this was an oversimplification the USA would not embargo medicines and agricultural exports, nordstream 2, etc via 3rd party sanctions—this is what the USA does w Cuba, Venezuela, did w Bolivia before their coup, does w Syria, Iraq, Iran, China, Russia, Serbia, African nations—Zimbabwe, etc—amerikans aware that nobody admires their ugliness and imperialism and immorality cannot compete—hense their sanctions, invasions, tariffs, etc…a decayed empire, populated by automatons

I am not an automaton. How exactly am I supposed to stop the Jewish-controlled US federal government? We don’t have real money, the cops are indoctrinated to follow orders against civilians, the magistartes are thoroughly corrupt, so Einstein, exactly what am I to do? Vote? If voting made any difference, there would be no elections.

amerikans always blame others for their failures–only take credit for your successs—as Gorer observed…if not Jews, then Mormons, Japanese, blacks, Indians, Russians, Chinese, etc —adorno demonstrated that you r more anti-semitic than were ordinary Germans of the WWII period…Koestler compared amerikans to 5 th century Romans: “a similarly contactless society populated by automatons…a similarly soulless, politically corrupt everybody for themselves society”

Answer the question or admit you have no solution and you yourself are doing nothing to stop the evil scum who call themselves government.

Madeleine Albright: Half a Million Dead Children… “The Price is Worth It”

The Turks are practicing Zionist style ethnic cleansing of the Arab farming population of Northern Syria which they have illegally occupied. This is Erdogan’s new Ottoman Lebensraum to annex the most fertile Syrian agricultural lands.

Control the skin flaying of Kissinger and you control the Deep State.

And all of this thanks to Erdogan the dog safe zones. What they want is to starve people to death or something. Let’s show them how is the real boss.

an amerikan policy ever since the fascist north destroyed crops in the south as the union soldiers pillaged, raped and murdered thousands of blacks slaves—20,000 alone at the Mississippi “punchbowl”

Where is the Mississippi Punchbowl located?

All that work for nothing. Daesch can’t be killed too soon.

They kill people by starving them, but still say they are civil and democratic, a strange concept of civilization, very similar to the Nazi “civilization” of which they are the true heirs.

…………….You wouldn’t know a Nazi if they walked up to you. The regime to what you are refering was a mix of “Nationalist” and “Socialist” , and had nothing too do with democracy. Sadly all you have been taught is what the lame-stream-media, and joo controlled hollywood tell you. The people who used “scorched earth” as a tactic were the Russians.

fat saleh has any comments???

Russia will compensate the Syrians with food since they are so fond of the ‘cease fires’. Syria should have finished off the terrorists in Idlib and by not doing it has allowed the US to get established, Turkey now has 63 posts and the terrorists are burning away the citizen’s ability to feed themselves. Well done Russia! Mind you I do support Russia in the conflict but some of their decisions are doubtful.