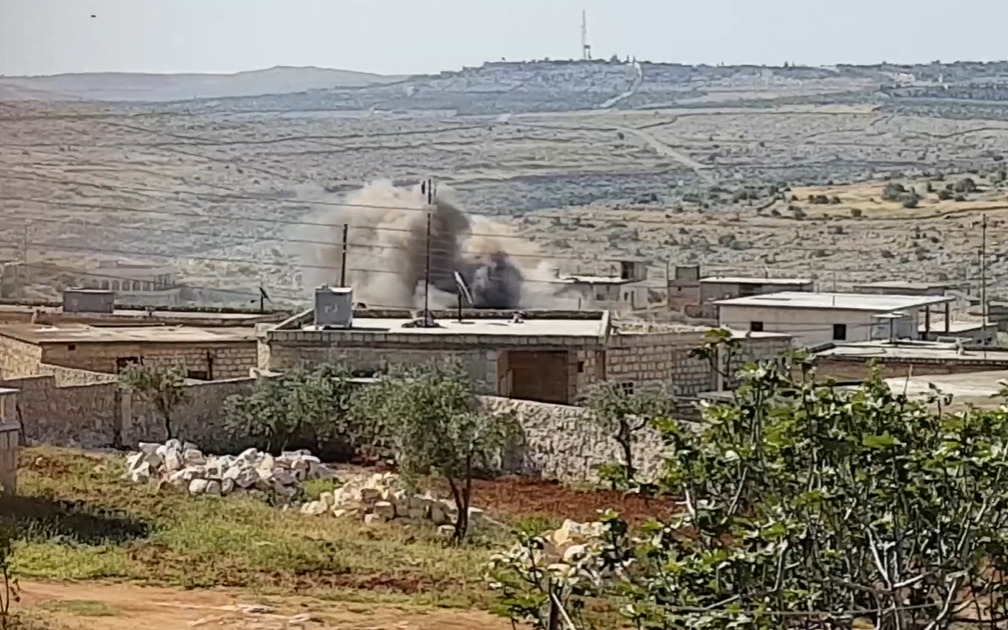 Screen grab from a video released by the Hawar News Agency.

Turkish-backed militant have conducted a “special operation” against Kurdish forces in northern Aleppo in response to artillery strikes which targeted the city center of the occupied area of Afrin.

Six artillery shells landed in Afrin city, specifically in the industrial zone and near the new bridge, on April 30 afternoon. The shelling caused some material losses. However, no casualties were reported by local sources.

In response to the shelling, the Turkish artillery pounded the villages of Burj Qas and Mayassa, which are controlled by the Kurdish-led Syrian Democratic Forces (SDF).

Moreover, the Shame Legion, a faction of the Turkish-backed Syrian National Army, conducted what it called a “special operation” against the SDF on May 1 morning.

“The operation was carried out on two stages, the first was the targeting of the SDF operations room in the village of Mayassa, and the second was a raid from the direction of Burj al-Qas on a post that is considered one of the most well-fortified SDF positions,” Abdullah Halawah, a special forces commander of the Sham Legion, told Enab Baladi.

According to the Sham Legion’s claims, 15 fighters of the SDF were killed and seven others were injured as a result of the operation. These claims are yet to be verified.

The situation in northern Aleppo is far from being stable. Earlier this week, ten were killed during clashes in the region between Turkish-backed militants and Kurdish forces.