Forces of the Tripoli-based Government of National Accord (GNA) and Syrian militant groups that receive a direct support from Turkey are imposing own order in areas, which they captured from the Libyan National Army (LNA).

For example, on June 15, a video appeared online showing how GNA fighters raped an unidentified person with an assault rifle.

Earlier, mutliple reports surfaced online that Turkish-backed forces were killing and torturing Egyptian workers that they were captured near Misrata and Tripoli.

Meanwhile, the Turkish state propaganda continues claiming that Ankara is bringing ‘the law and order’ to Libya by supporting the UN-backed GNA. This is how the videos above show how this ‘law and order’ looks like on the ground. The similar situation is now developing in Syria’s Idlib, where Turkey is de-facto defending al-Qaeda-linked groups.

On June 16, Al Arabiya reported that the Egyptian Parliament authorized the coutnry’s President El-Sisi to take necessary measures to deal with the situation in Libya and the Grand Ethiopian Renaissance Dam.

The prosecution and torturing of Egyptian citizens by Turkish-backed forces could become another factor that would motivate the Egyptian leadership to make a direct action to protect own interests in Libya.

This is so Wahhabish and above all words disgusting. This is the way you treat peoples on occupied lands. You’re nothing but Zionistic dump and bums, crooks of land, that needs to be deal with.
First in Syria, and then elsewhere.
War crimes commited by Erdogan’s regime.

Don’t always blame everything on the Zionists just because its the trend. The Zionists don’t even do this to Palestinians.

Nothing new for these Apes,we saw the depravity when they fought against Gadaffi,lynching black people and hacking heads off,only way to deal with the filth is kill them on sight,by bullet and cold steel.

The turkish regime may be completely savage, but you gotta hand it to them they aren’t lazy when it comes to committing aggression, the rest of the world however is lazy at stopping it.

I guess that’s the reason Turkey need to justify its airstrikes in Libya,how you can not support your citizens as a leader.

It goes beyond the Turks. Which doesn’t absolve them from what’s happening. This type of criminality is part of NATO regime change operating procedure. If it wasn’t the Turks it would be the CIA or MI6. The Brits committed similar atrocities against their own citizens and security forces in Northern Ireland in fratricide operations. Abu Ghraib was just as bad under NATO as it was under Iraq.

“Manadel al-Jamadi (Arabic: مناضل الجمادي‎) was a suspected terrorist who was tortured to death in United States custody during Central Intelligence Agency interrogation at Abu Ghraib Prison on 4 November 2003.[1] His name became known in 2004 when the Abu Ghraib scandal made news; his corpse packed in ice was the background for widely reprinted photographs of grinning U.S. Army specialists Sabrina Harman and Charles Graner each offering a “thumbs-up” gesture.”

There is not much sexual in the video, hence not really rape as per definition. Torture? yes absolutely. Rape? Nope.

Shoving the barrel of an AK up someones arse without permission is rape . It is rape regardless of which side does it. Mustafa agrees with you ONLY because he supports Turkey and they can do no wrong.

Rape is a sexual assault, there is no evidence in the video of sexual pleasure from the AK penetration.

Give it up Shlomopedro…
You lost that one…

Self appointed arbitrary is worthless. Waste of time

Rape is war crime, and this is abominations done by Wahhabis…

I agree and it happens in most wars with little done about it. Certainly any American would never face an International War Crimes Court. Thousands of Tamil women were raped and worse when Sri Lanka finished off that decades long war and not a peep about it. Mugabe and his Gukurahundi against the Ndebele was brushed under the table. It maybe a war crime but no one gets charged ..

It doesn’t matter what he victim screams, if the victim says murder, it doesn’t magically become a murder trial. Mostly depends where the trial is being held. Different countries have different perception and laws on rape. Most prosecutors will go for torture as the evidence will not help the rape claim to stick. Unless of course if the prosecutor is going for a case he intends to lose.

It is war crime recognized by international law…

true. but rape? i dont think so. Hence it depends what charge will the procecutor raise. Torture or rape. If rape then the suspect most likely will walk away since the evidence doesn’t look convincing. But if torture, would be pretty easy to charge.

This is the generally accepted definition of rape so you are talking waffle or just ignorant.
unlawful sexual intercourse or any other sexual penetration of the vagina, anus, or mouth of another person, with or without force, by a sex organ, other body part, or foreign object, without the consent of the victim. As you can see using a rifle barrel to penetrate the anus as happened in this case is Rape.

None so blind as those that can’t see. Might as well talk to a brick as nothing penetrates that brain of yours that you wish to twist and manipulate to suit your narrative. In any court in the English world what was on that video is Rape pure and simple and if you wish to twist that too something else then good luck to you..

thats you subjective view and that is ok. But unfortunately that is not how law works.

You are telling that to someone who spent over 25 years in criminal law.. Sorry , just proved yourself to be an utter fool.

That would be argumentum ad hominem. I don’t judge the argument based on the author identity.

stick to being a brick , it suits you. Little boy thinking he can play with the grownups… not yet..

so nothing on the topic. i go ahead and assume this case is resolved

It will be resolved when someone sticks a rifle barrel up your arse and we see what you squeal.. Then you can discuss semantics with your lawyer..

Who’s angry or insulting. Merely stating facts you fail to comprehend like other facts you try and pretend mean something else. . Walk like a duck , talk like a duck , probably look like a duck so good chance you are a fucking duck. Too stupid to understand . That is a fact as well unless you want to take it as an insult which is fine by me.

There is no scientific way for creating a duck that will chat online, or making a human duck hybrid. Less sci-fi more facts I suggest. 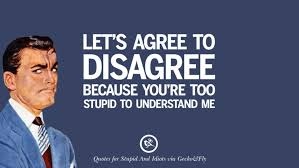 Yeah, while the west is whining about BLM and racism, and we just had an German foreign Min telling us about how racistic we are, and yet the same german lowlife sewage rat gives their full suport to erDOGan and the Turds scums, whom is happy when they can sodomize people, and of course even here, now, we have some of the HasbaRats defening this by telling us that this was not sexual, yeah, but just uh…. fun.. right freaks, and probably just shoot thru the ass right after as an good western backed happy head choppers love to do, is it an Brigade or Unite spokes person whom is defending this, fascinating, and the Turds are cooperating with Putin on top of it, whom cares about the spineless Sisy, whom is bootliking the Joohohos in ISISrael as Putin is.

But thanks to the western intel operatores for enlightening us all about what this was, just an daily dose of sodomising, and nothing else, witch is course is Ok with the west.

L..N.A scumbag propaganda home made sad senaryo. you will see more of it because they loosing

Lybia will be liberated from these fake satanic wahabimossad and CIAisis trolls soon. 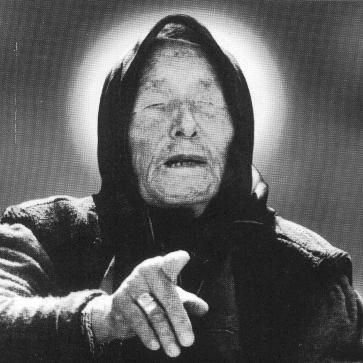 Libyan clearing the country from terrorist scumbags. We are there to help them liberate their own country back