Turkish authorities have imposed a comprehensive ban on leaving the country for the Turkish government’s civil servants. A sweeping roundup of thousands of people suspected of involvement in Friday’s coup has been widened. 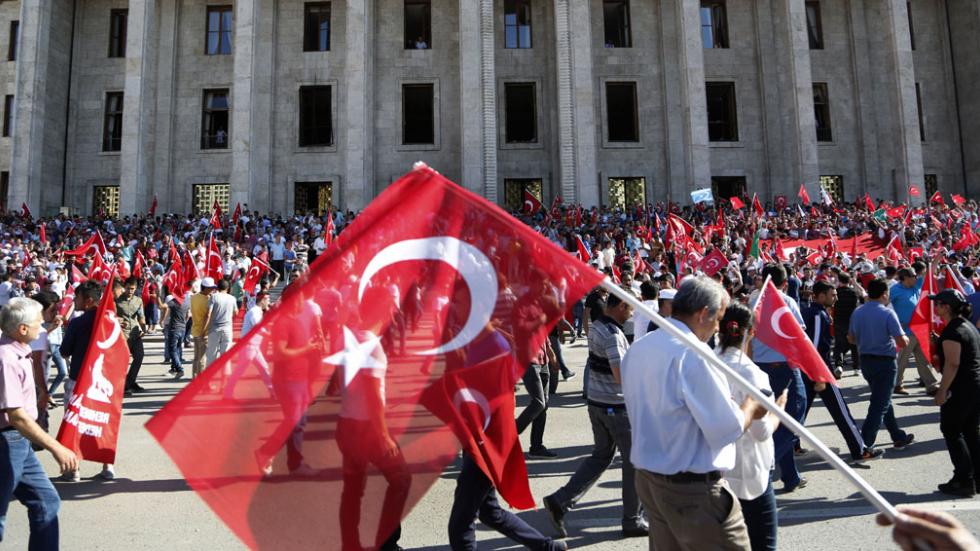 According to sources, the reason for the ban is the desire to stop supporters of Friday’s Turkish failed coup attempt and “the public sector employees that Turkish government branded as Gulenists” (an apparent reference by the Turkish authorities to the supporters of opposition leader, Fethullah Gulen) from leaving the country.

The Erdogan government undertook the measure after they has decided to widen a sweeping roundup of thousands of people suspected of involvement in Friday’s coup that, according to the Turkish government, have been a long-planned effort to replace Turkey’s democratically elected government with a military junta.

Earlier, Binali Yildirim, the Turkish Prime Minister, asked the US administration once again to extradite Gulen, who currently is living in the USA. The Prime Minister threatened that Turkey would reconsider its relationship with Washington in the case lack of proper cooperation over the issue from the side of the US administration. He also added that Ankara has documents proving the main perpetrators behind the botched coup.