On September 12, the Turkish military and its proxies shelled three towns held by the Syrian military and Kurdish forces in the northern countryside of Aleppo.

According to the London-based Syrian Observatory for Human Rights, the Turkish artillery strikes targeted the towns of Shawarighat al-Arz‏, Malikiyah‏ and Maranaz‏. No losses were reported as a result of the shelling.

The towns, which are located south of the Turkish-occupied town of Azaz, are jointly controlled by the Kurdish People’s Protection Units and the Syrian Arab Army. 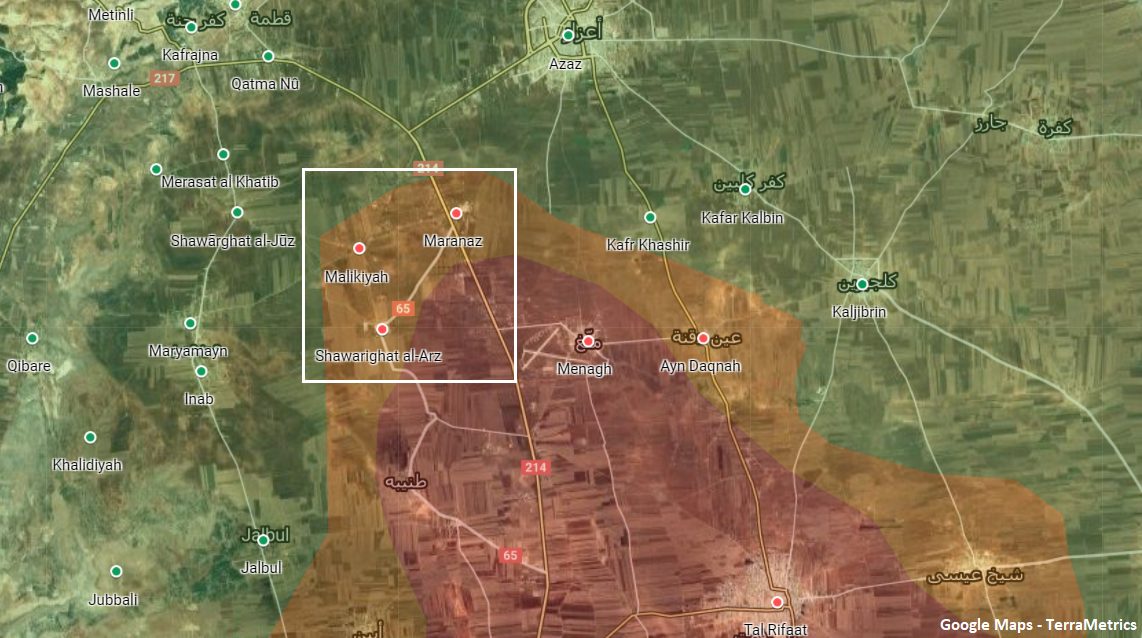 A day earlier, the Turkish military and its proxies shelled the village of Samuqah and the nearby al-Shahbah dam in the same area.

Kurdish guerrilla groups, like the Afrin Liberation Forces, are known to be highly active in this part of northern Aleppo. The Turkish shelling may have targeted positions or personnel of these groups.

Several units of the Russian Military Police were deployed in northern Aleppo a few years ago to stabilize the region. Nevertheless, Kurdish and Turkish forces are still exchanging fire, which is often causing causalities among the civilians.