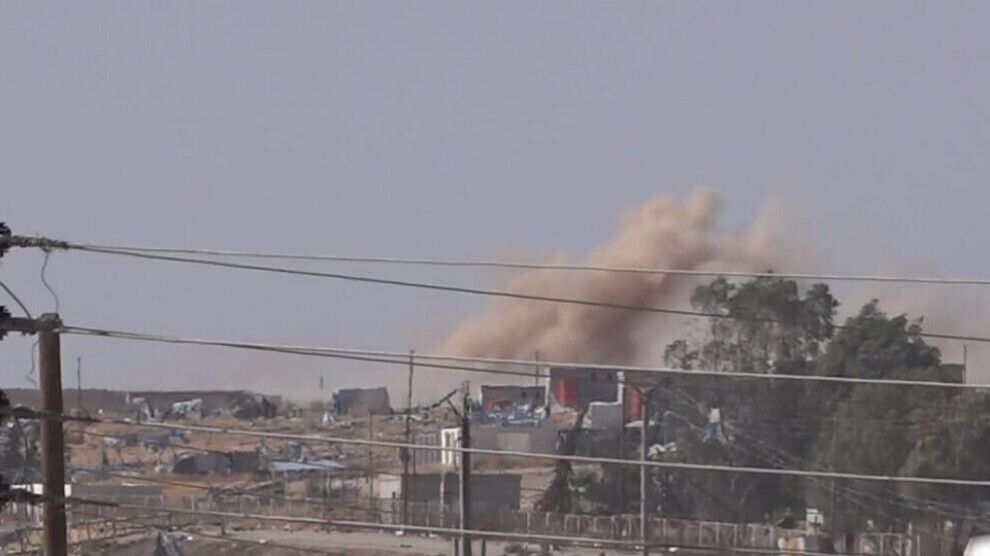 Artillery strikes targeted the outskirts of the town of Ain Issa, in Syria’s northern Raqqah.

On August 30, the Turkish army and the militants it backs  shelled with artillery strikes the surrounding area of the refugee camp north of the city as well as the nearby village of Muallaq. The villages of Khalidiya, Hoshan, Ma’lek as well as the nearby M4 highway were also reportedly targeted earlier the same day.

The attacks were carried out from Turkish military bases in the villages of Sayda and Ma’alleq.

No casualties have been reported yet. Traffic on the M4 highway was temporarily suspended.

The shelling targeted positions of the Syrian Democratic Forces (SDF) in the area.

Moreover, according to some local sources, a Turkish UAV hit a checkpoint of Kurdish forces in the town of Ain Issa on August 31.

Ain Issa is strategically important as a link between the self-governing regions of Euphrates and Cizîrê.The town is regularly targeted by Turkish and Turkish-backed forces.

#TSK bombed with heavy artillery a gathering of #SDF near the city of #AinIssa in the northern countryside of #Raqqa. pic.twitter.com/3LOYJfThq8

We gotta get rid of turds in Syria. That way will poke an eye on zionism and theirs monstruous creations.

It suits the Neo-Con’s reheated take on the Yinon Plan to have Turks fighting Kurds inside Syrian territory. They didn’t get regime change they wanted, so they have defaulted to maintaining active violence and ethnic divisions inside the country, fueled by the Turkish occupation. From Syrian perspective, whilst it is highly frustrating and stopping reunification, at least this is currently contained to the northern and eastern most provinces, not the Syrian population centres.