The Turkish Army has recaptured more areas, located in the outskirts of Arfin town in the northern part of Aleppo province, the Kurdish Hawar news agency reported on Tuesday.

According to the news agency, vast areas near the village of Jaqleh in Shieh region of Afrin were seized by Turkish troops. Hawar noted that a shepherd was also targeted by Turkish snipers in Jaqleh village.

On Monday, the news agency reported that Turkish soldiers tried to force Arab citizens, living in northern Syria, to join Turkey-backed militants, fighting in the frameworks of the Euphrates Shield operation. Those, who did not want to obey, were killed.

According to Hawar, at least four civilians, who refused to join the forces of the Euphrates Shield operation, were shot dead by Turkish soldiers in villages, located near Kari Sabi town in northern Syria. The news agency noted that bodies of the killed civilians were left by Turkish troops in a border region, located between Rojava and Bakour in the Syrian Kurdistan. Reportedly, the Turkish side wanted to send the four killed civilians to Rojava across the border, however, it faced tough opposition by the civilians.

No one enemy at the time, the SAA doesnt have the hardware and manpower to fight on 10 frontlines. The turks will be the last in the chain!

they will be not forgotten!!!

It’s not so clear cut – Turkey can play havoc with Russia in only one crucial location, Crimea. Russia is juggling few balls in air with east Ukraine, they don’t need Turkish Grey Wolves infiltrating and using Tartars to creating havoc in Crimea right now. It is something that Russia has to be mindful of under present conditions. It’s all chessboard, but in bigger picture Russia is several moves ahead of Erdogan who merely responds to the Russian moves.

When will someone teach Turkey to respect the law and stop this illegal invasion to “fight ISIS” and kurdish forces?

unfortunately i feel until they feel intimidated enough to leave

Anything against the Führer? Do not compare an idiot like Erdogan with Adolf.

The turkish is only an idiot the other one is the devil incarnate.

Not really – you have been feed lies your whole life – time to wake up!

Tell that to the families of about 65 million people who died in World War II. Of which approximately 25 million were Russians.

You see poor little boy, the bad side had the most casualties. And they lost after the WWII all colonies (UK, France), their supremacy (UK, US later) by giving the stolen Know-How of the Germans to other people in the world (India, Pakistan, China aso). Now the white man is a free man means a poor little boy and his girl is the boss at home and welcomes refugees.

Your argument is confused and full of mistakes :
1. Russia had the most casualties, followed by China, Germany and Poland.
How is the “bad side” ?
2. Like it or hate it, the United States was and will continue to be the most scientifically advanced country in the world.
3. You have a strange fixation with small poor boys.

Jewish Bolsheviks killed 66 million russians civilians and Mao killed 80 million of his own people, WWII ia actually a sideshow as far as casualties are concerned to the mass murders commited by Jewish communists funded by jewish wall street banks oh and PS – you’re next. 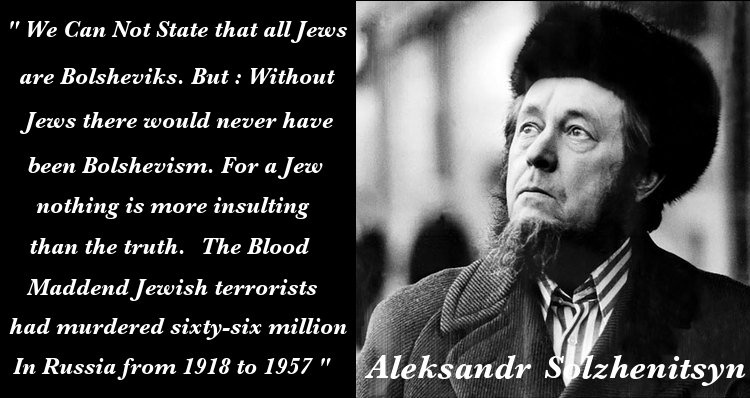 Apparently you are a pathetic Naz1.
Good lake in the rest of your pathetic life, which I’m sure, are full of anger and hatred.

And you believe you are a free man – poor little boy.

Both are/have been idiots. Nothing more to say…

Tayyip may only want border regions where he can expel Syrian refugees, Turkish Kurds and other resident enemies of the state.

Such thing didnt happen . I am tired of fake news from the both sides

right and you know this because your opinion is the truth , loser

Anyway, also in Afrin Turkey is not so fast in gain terrain. And the Afrin curds are probably the worst armed of the just bad-armed curds…Very well :D

I want China to enter into the warzone. So that Turkey will start trembling Erdogan’s balls.

china should stay in east asia.

no global hgemony. if we criticize usa, do not want the same policy from china.
otherwise, thousands of years the policy of china was to act as local power. and this is the good way.

China are already in north east Afghanistan – to secure their New Economic Belt transport route from China to Rotterdam, and in Africa – assuming control of number of poorly run ex-European colonial mining enterprises in African republics and building the infrastructure upgrade them.

afghanistan = stheir neighborhood. and they are only at border, against uyghur (isis) terrorists. this belt is ttoday only dream, not functional thing.

in africa they make no neocolonisation. this is difference.

me too, they can send thousands of troops/tanks/vehicles/weapons that is like nothing to them, but would be a godsend for SAA

This is only a navigation error . The Turkish GPS wasn’t calibrated. Now that they fixed their GPS, they will continue to fight ISIS (-;

Eventually there will be a confrontation of sorts between the Syrian government with the Kurds on their side and the Turks and their dubious allies on the other. This is an illegal invasion on the pretence of fighting Isis. The real aim is to box in the Kurds and prevent a link up between the Ypg and Pkk. It remains to be seen who’s side the US takes. Currently they are using the Kurds , much like they used the Houthis in Yemen.