From its side, the YPG announced that its fighters had repelled an attack of the Turkish Army on their positions in the villages of Blikah and Shakwarzi in the Bulbul district north of Afrin. YPG fighters destroyed a bulldozer of the Turkish Army with an ATGM while they were repelling the attack, according to the Hawar News Agency (ANHA).

Meanwhile, Syrian opposition sources reported that Faylaq al-Sham, the Free Idlib Army and the Nour al-Din al-Zenki Movement had sent hundreds of their fighters to Turkey in order to participate in the ongoing Turkish attack on the Afrin area.

A military convoy of the #FSA heads from #Idlib to #Turkish_territory to participate in the #olive_branch v pic.twitter.com/rCHfK0G5rk

The redeployment of these forces from Idlib governorate to the Afrin area confirm that the Turkish Army is planning to expand its operations in Afrin. Moreover, it may indicate that these armed groups are no longer willing to fight the Syrian Arab Army (SAA) in Idlib.

Sounds good. Idlib will be liberated even faster.

A Syrian area under turkysh control? hmmm….. I do not like this.

A little premature for that conclusion (Syrian area under turkish control?”) however the most important message was the last paragraph indeed.

“The redeployment of these forces from Idlib governorate to the Afrin area confirm that the Turkish Army is planning to expand its operations in Afrin. Moreover, it may indicate that these armed groups are no longer willing to fight the Syrian Arab Army (SAA) in Idlib.”

Now more ammo can be used against HTS. So go NDF!!! 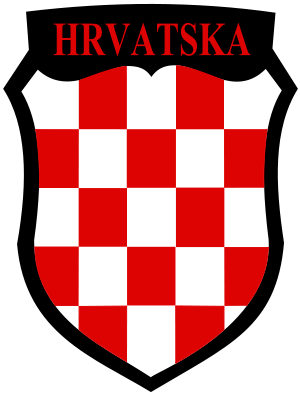 Croatian crest, for what reason you attached it to your post? I don’t get it. Is cluttering the comment section here with that big picture some outburst “patriotic” emotions from you? lol

My family has Croatian blood and I am proud of that. And that flag stands for the Croatians who fought those partisans in ww2.

So your family fought those partisans who were fighting the nazis (fascist and racist Ustasha etc) in your country. How can you be proud of that scum?

coz he is the scum.. And He’s nazis are running country for last 25 y, like chetniks in serbia.. We have no economy and ruined country, but hey we are USA dogs so we are full nato eu member..Im ashamed of my country..

Are your 15 years old or something like that? lol cuz you should know that no one here cares from where you are, that is a completely random information, you might as well have posted a picture of your breakfast here, we’d be equally interested in that as much as we are interested in you being from a country that not-long ago sold weapons to FSA. :p Oh and the Partizans wrecked those nazi-allied sectarian gangs called “ustaše” (along with other sectarians gangs…) just as today SAA is wrecking FSA and ISIS sectarian gangs. :)
You don’t even live in Croatia? lol you are proud enough to post random pictures over here and inform us where your family comes from but not actually proud enough to live there? You probably live in Australia or something like that…

And yes ,my country sold weapons to ISIS ..

Well said. We are fighting to stop the Balkanization of Syria – last thing we need is pointless intra-gang sqabbles from antiquated expats from former Jugoslavia or other slavics drunk on slivovic

So are these your family members you are so proud of? 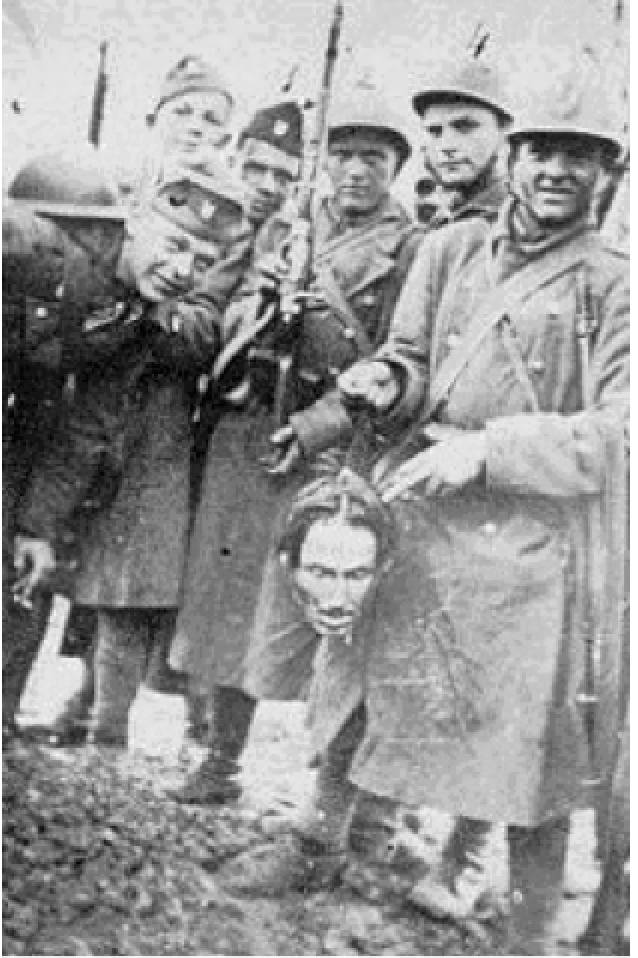 My family got supressed for years when we got a chance for revenge we took it. We did the same in Bosnia back in the 90’s.

In other words, you are a nazi.

Yes, he obviously is. There is a saying that Ustasha fascists make German nazis look like boys scouts.

the turks are working along with NATO, they are fucking scum.

The FSA and Turkey i expose everyone loves them ha! :¬ { Russia to ! Me Sick bag. Mad Mad i call it,

You can call me Al
Reply to  Lloyd Yona

Heads up new 6th corps has been announced by Syrian army will expect more to come. When you hear about some of these uprisings in town supporting FSA watch the videos as they are from years ago. Sad thing happened in Binnish the HTS and FSA attacked the town killing and arresting civilians.

Thanks for the info.

Just looked it up I couldnt find mention of the 6th BUT, “The Syrian military announced the formation of the 5th Assault Corps in November 2016 as an elite force consisting solely of volunteers and backed up by Russia and Iran.” ……… and now the 6th …….smashing;

I have previously mentioned I know very little about the military, but isnt the fact that it is a corps, mean something like an extra 30,000 troops ? – if so bloody brilliant and fantastic timing.

I was reading that in a tweet by Syrian military analyst so it will be an announcement soon they must still be looking at a new commander for it.

Could you tweet back and tell them to get a bloody move on please (from me). Reinforcements urgently required.

Shame on Russia for her silence on the Turkish slaughter of civilians and POWs. Unfortunately, even the Syrian regime will be in favour of ethnic cleansing in the North of Syria. I salute all the brave citizens that defend their land against cowardly state oppression.

You have a short memory , Russia had negotiated for the Syrian government to back up the Afrin area before the Turks invaded , but the Kurds refused to allow the SAA to defend the Syrian border . They have forgotten its not their land , it is Syrian land .

Didn’t you want to say shame on Jews, Saudis and USA?

I am so disgusted from Turkey and their Proxy Terror groups finally Turkey reveal the real face for everyone to see it, now everyone can see that all these years Turkey was the main supplier for weapons and equipment to the HTS, at first they were trying to hide it, but now nope, they don’t even bother to cover anything up. I personally don’t give a shit about the Turkish wars, about what Erdogan-the wild dog want’s I don’t give a F**k , I just know that he is so much embedded with Al-Qaeda up to his neck, we all know that there is no FSA group, that is just a pretext name given to some of this opposition Al-Qaeda linked groups so that they can be armed by the US and Turkey and the Wahhabi and of course the Zionists.No one gives a shit about Erdogans personal wars , but when they happen in other country’s yard that’s different as it is in Northern Syria. I do prefer the Kurd’s to win and fuck the TAF and their HTS proxies. Now soon or later the TAF will make a mistake In Manbij will strike some US proxies or directly soldiers and then I will watch the biggest show on earth how the US and Turkey eat each-other.Yes that has big chance of happening.

if you want Turkey defeated, don’t wait for them to fight US or “Kurds”. Go and defeat them yourself. But don’t try to f*ck you wife with someone else’s d*ck.

Stan the man
Reply to  World_Eye

Turkey needs a good kick on the a$$ . They occupy north Cyprus invade Syria Irag. Overfly Greek territory 2200 times a year . All the neighbors should get toghether and teach them a lesson . The Turkish people are ok but the goverment has big problems

Another tank destroyed/disabled. At no place Turkey more than 5 kms from the border and only some 3% taken of total area by overwhelming odds. At this rate lossess and wear and tear will be starting to downgrade Turkish available tanks and airplanes towards the end of this month.

SDF is changing part of tactics now that there are surface areas taken by the invaders and guerilla tactics will become effective against holding and occupying forces.

I wish they would retreat from the Turks so they can use the ammo we Americans gave them against abortion banning ISIS like they are supposed to. SDF is not finished with ISIS yet, so what are our ATGMs doing up in the Northwest????

A large convoy has just now been spotted passing Qamishli coming from the KRG. The convoy included 6wheel armoured cars on trailers and many trucks.

It seems the US has had it with the ever more hostile ranting from Erdogan and his cronies and want to make sure Afrin does not fall so there will not be an attack on manbij either.

Maybe now US has included manpads and more ATGM’s (spotted on the convoy?) so that SDF will be able to execute a large counterattack.

Interesting situation, the participation of factions from the Idlib area can indeed only be a sign of weakening offensive force, interesting because not much has to be done from the outside to make it difficult for Turkey and President Erdogan will have to win in Afrin. If all information is correct.

3 km behind the border and 40km to Afrin. Not very much after 2 weeks of war.
I hoped turkey can clean the territory from Kurds. This is not going to happen.
hence this is a game to partition Syria.
Russians should stop the turks now.

One place even 5kms.

Update on clashes in the village Hac Bilel of district Shiye: 8 dead bodies belonging to Turkish army & it’s proxies have been found on the battlefield

Turkish warplanes are shelling the village Khelalka of district Bilbil