On January 25, an unnamed Turkish security source told the Turkish Anadolu Agency that seven fighters of the Kurdish People’s Protection Units (YPG) were captured by the Turkish Army during the ongoing “Operation Olive Branch” in the Afrin area. The source added that three of the seven captives were moved to the southern Turkish province of Hatay.

From its side, a representative of the YPG’s Staff in the Afrin area, Ahmed Shawki, claimed that the YPG had captured sixteen Turkish soldiers while repelling the Turkish attack on Afrin. However, the captives are likely members of the Turkish-backed Free Syrian Army (FSA), not the Turkish military.

In a related development, the YPG acknowledged that eighteen of its fighters have been killed by the Turkish Army in the Afrin area over the last few days. Earlier, Turkish officials claimed in an exaggerated statement that the Turkish Army has killed over 300 YPG fighters in Afrin so far.

Warplanes of the Turkish Air Force (TAF) continued conducting airstrikes against the YPG positions around the city of Afrin on January 25.

The YPG also shelled the southern Turkish city of Kilis with rockets on the night of January 24. Anadolu Agency reported that the YPG rockets hit a mosque in Kilis killing two Turkish civilians and injuring six others.

The Turkish military operation in the Afrin area slowed down in the last two days likely due to the bad weather in northern Syria nowadays.

But no evidence what so ever from both side tho, no pictures or video’s showing that any of the side captured anyone. If YPG captured 16 Turkish Soldiers where are the pictures of the captives or video material, or the other way around from the Turkish-FSA. etc etc

The ugly faces of 4 YPG terrorists were on Turkish TV.

Seen too many ugly Otto-Turkish mugs on TV already.

Information war! Propaganda showdown! Rejoice for truth is no longer part of the equation!

An ISIS AMAK story is more believable than a Turkish news release. :) 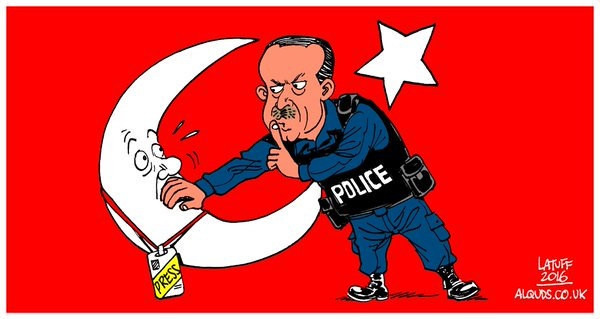 Gℴogle offereing to people of all ages 98 US dollars every hour to complete few jobs off a home computer .. Work Some few peroid of time daily and stay greater time with your own relatives … Any person can also do this simple work…on weekend I bought a gorgeous Land Rover Defender just after making $9908 past month .it’s actually nicest-work however you will no longer forgive yourself if you don’t hop over to it.!nx033z:➦➦➦ http://GoogleNetJobsPointWorkFromHome/more/cash… ♥♥j♥♥q♥♥♥o♥♥♥d♥♥♥z♥♥♥e♥d♥♥♥r♥♥♥v♥c♥x♥♥t♥d♥♥♥y♥♥♥w♥x♥♥♥u♥d♥♥♥g♥♥♥k♥f♥♥z♥a♥u♥♥♥z:::::!px033o:lhuhu

When was truth ever part of warfare?

The old adage states ” Truth is the first casualty in war “. :)

meh they both just camp on theis positions taking selfies and drinking hot chocolate…this is no battle!!

Disregarding the invasion of Iraq every war from Korea has been fought from hill to hill, from the old standard of warfare it takes up to 4x more troops to take a fortified position “depending on how willing the defenders are”!

And North Korea has hills in the thousands with steep valleys :) All of them well fortified with well established bunkers that have supplies for months. :)

“with well established bunkers that have supplies for months”

So that’s where all the food for the North Korean people has gone! It all adds up now!

That’s the point I was making, Kurds have had 2-3 years to fortify in relatively safe environment!

They have indeed and the coming days, weeks ?, months ? we will see a new element of this confusing and furibund conflict that has seen no equal since the 100 years war in Europe I think.

It’s strange in these conflicts it seems to emulate the conflicts of old, tanks are relegated to chasing down infantry once the battle is done like 18th century lancers mainly becoming a infantry and artillery duel. Haha with a smattering of air support!

That is true I think. Its a truism to say that all new weapon concepts are to combat a previously introduced threat and the Poor Bloody Infantry are a again ordered to hold the lines in the interim until a new ‘super weapon’ is introduced.

The Syrian war has been the first I think where ATGM’s have been used in such numbers and against such a plethora of varied targets with almost 100% accuracy.

You’re right – so far it seems to be mostly Turkish probing attacks.

Just back and forth and civilians are always the real targets in this type of warfare being played out by NATO today.

18 dead? 3 captured? What is this a weekend in chicago or a war? Pretty paltry efforts all around. At least the kurds have an excuse being shoestring militia type outfit. Turkeys effort is flat out embaressing and should be an invitation to the pkk to flare up.

What someone writing funny jokes in Turkey , seems they think this is comedy,lol.

Yikes are they killing almost every enemy they capture! Thats a strange and brutal ratio.