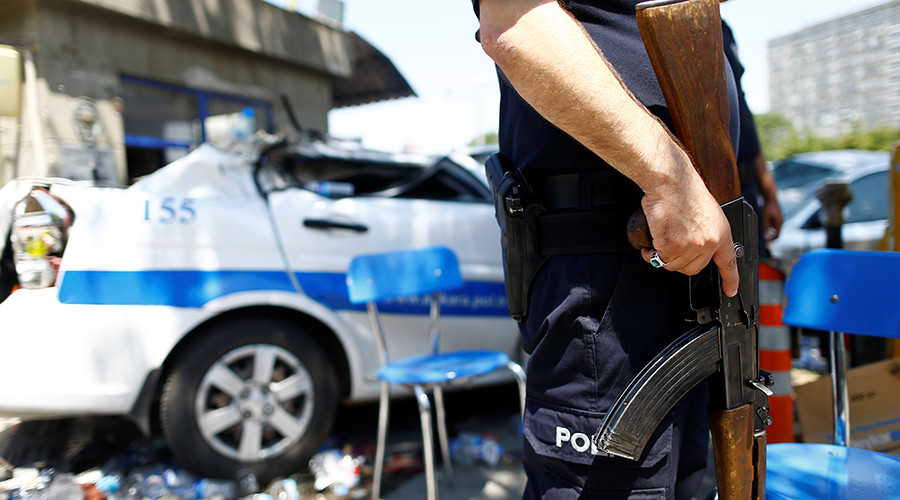 A Turkish arms trafficker who supported militants in Syria and even fought along them early in the conflict has died, Topwar.ru reported on February 24.

The outlet said Heisem Topalca, also known as the “Ghost Commander,” has been smuggling arms to militants in Syria since the outbreak of the war in 2011.

“On February 10, at about 9 pm, a passenger car in which Topalca was with several escorts collided with a truck with license plate 06 KH 8433 on the road near the [Turkish] city of Konya, near the village of Merdivenli,” Topwar wrote describing the accident which claimed the life of Topalca. “After interrogating the truck driver, the police released him, and the bodies of the dead were buried the same day in Hatay province.”

The real name of Topalca is reportedly “Heisem Kassap.” In Syria, the trafficker came to be knonw by his nom de guerre “Abu Salah.”

Topalca was wanted by Turkish authorities for a number of criminal cases. Several arrest warrants were issued against him, yet he was moving freely within Turkey and along the border with Syria.

According to Ahval News, Topalca was suspected of supplying Sarin gas to Syrian militants in Idlib. The Sarin supplied by him may have been used to stage the chemical attack in the town of Khan Shaykhun on April 4 of 2017.

From 2011 to 2014, Topalca made a total of 873 tribes to Syria, where he worked with the Free Syrian Army and the al-Nusra Front [now known as Hay’at Tahrir al-Sham]. Topalca was possibly involved in the activities of the Turkish secret service in Syria.

The circumstances surrounding Topalca’s death indicate that he may have been murdered in order to prevent him from revealing anything related to his work in Syria.

So ” MYSTERIOUS”….They have tested on him his merchandise to see if it works….

Asked him to do a taste test before I buy..That seems to work so I will have a truck load thanks.

With friends like Dönmeh Sultan ErDOGan you don’t need enemies…

On the contrary: Iran doesn’t appear to me like it is a Warmongering, Warlike & Triggerhappy country like the US who has fought 118 Wars since 1776

European Scythian campaign of Darius I(513 BC)

Cadusian campaign of Artaxerxes II (385 BC)

After it they had conflicts but NEVER INVADED

The Last Invasion by Iran was 285 years ago….

Let your plans be dark and impenetrable as night, and when you move, fall like a thunderbolt….

this is the thunderbolt you are seeking for and it surely will follow after a large rain of meteors for days there will be thunders https://missilethreat.csis.org/wp-content/uploads/2016/08/Iran-Tondar-69-e1470765635645.jpeg

So the US needs to attack Iran to head off the Iranian invasion in 2308? That invasion is just around the corner. If we wait 287 years they’ll only get stronger.

Sure,with new id and face transplant he is drinking whisky and checking his bank account from Macbook in Europe.

do you deny that turkey is supplying terrorist wahabi maniacs?

so irani also supports terrorists with their quantum computers just like assad. co did…tell something new and why do you make business with a country that supports terrorism?Begging to sell oil,gas.Grow up village boi…

I love these articles having the word MYSTERIOUS in the title! :D

can any turk deny that turkey supports daesh and other terrorists?

Bellingcat will be down for a couple of days in mourning for fellow freedom fighter Abu Salah. Friends are asked to donate to the Go Fund Me they set up for Sarin training and video equipment for the white helmets. NATO haters and underminers need not donate and will be banned on Twitter by MI6.

With several truck tire tracks over his head and the 27 knives embedded in his back the Turkish Police said that it was the worst case of suicide they have ever seen.

No. It was clearly a covid-19 death. Please pay attention.

Erdogan’s cleaning up all the loose ends.