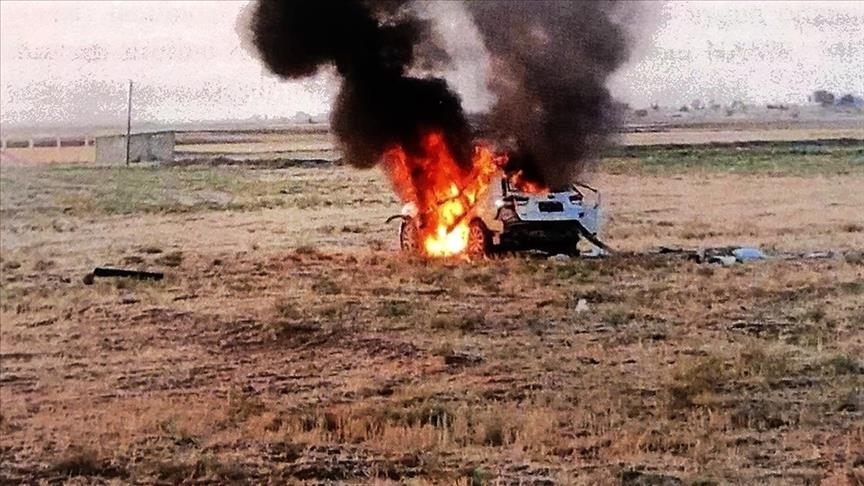 A Turkish security sources told the state-run news agency that the commander, Fatma Onur, was targeted while she was moving from Qandil Mountains, a stronghold of the PKK, to the district of Sinjar.

The unnamed official said that the commander was “neutralized,” a term usually used by official Turkish sources to imply that the person in question was killed, wounded or captured.

From its side, the Anadolu Agency shared a photo showing an explosion-ridden white SUV burning amid an empty field, without providing any details.

Onur, who is also known by his name de guerre “Kinda Maras,” was a senior commander of the PKK’s intelligence wing, according to the Turkish official. The commander was active in both Iraq and Syria, where she played a role in many terrorist acts against Turkish security forces. She was most active in the province of Sulaymaniyah in Iraq’s Kurdistan region.

The Turkish intelligence operation came following a series of attacks by PKK cells in northern Iraq that claimed the lives of seven Turkish service member. It also came amid a large-scale air operation targeting Kurdish forces in both Syria and Iraq.

Similar to the Turkish military, the MİT stepped up its operations against Kurdish forces in Syria and Iraq this year. Early on in November, the agency targeted a senior military commander of the Syrian wing of the PKK, the People’s Protection Units, in northern Syria.