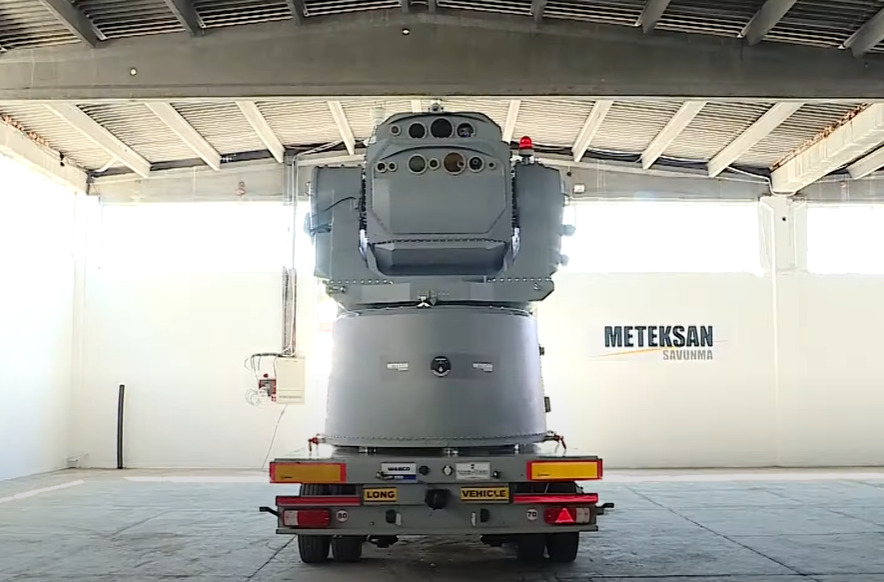 The Nazar “Evil Eye” laser system as seen in a video shared by the Anadolu Agency.

The system, dubbed “Nazar ” [Evil Eye], will be presented for the first time at the Meteksan Defence booth during IDEF 2021 Exhibition. The system was developed with support from the Presidency of Defence Industries of the Republic of Turkey.

Nazar was also designed to provide reconnaissance and surveillance capabilities. The system can also work with other sensors and systems to increase overall efficiency.

In the first phase of the Nazar project, a mobile land-based version that can operate on its own power was developed. Now, Meteksan Defence Industry Inc. is working on a ship-based version of the system.

The Nazar laser system will provide Turkey with capabilities accessible only to few nations. Nevertheless, the actual effectiveness of the system remains questionable.

In addition to gently ending spy plane missions (ie without damaging the plane or the pilots – just the various sensors) they are great for sweeping areas of coastline, mountains, buildings, or anywhere else where spy cameras may be hidden, or electro-optical devices (such as night vision) are being used.

Were it not banned under international convention, they could also be used to cook retinas.

Russia has no answer to laser technology created by others. They’re waiting to steal and produce knock off versions.