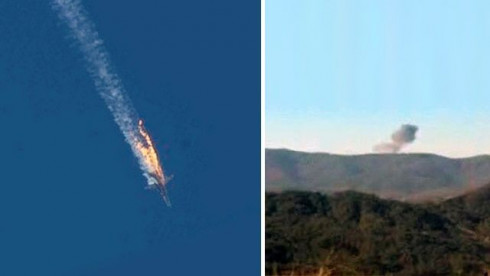 Turkey’s former Minister of Foreign Affairs Yasar Yakis(2002-2003) expressed his joy at Russia and US reaching an agreement on resolving the situation in Syria: “The effort undertaken by the US and Russia is very important, because it is one of the very few agreements in which two superpowers managed to find a common language on an important issue. The agreement itself is very unstable. It can all collapse if even one participant makes a tiny mistake. But it is the best outcome given the circumstances. And all countries ought to do everything they can to ensure it succeeds.” He also listed the reasons the ceasefire remains unstable: “First of all, it’s due to the complexity of the Syrian crisis and also the UNSC decision that continuing the fight against ISIS, al-Nusra, and other terrorist organizations will continue and not be covered by the ceasefire agreement.”

Yasar Yakis also said that, in addition to ISIS and al-Nusra, there are references to “other terrorist organizations.” “We don’t know who they are. Therefore, if one of them is attacked, will that be considered a violation?”

Concerning Turkey’s struggle against the Kurds, and its importance to the Turkish leadership: “PKK, which the US and the EU and many other countries list as a terrorist organization, continues to operate on Turkish territory. But Turkey also believes that Syria’s PYD is PKK’s extension. Turkey can’t convince the US to classify PYD as a terrorist organization. The US says PYD is important to them and that one should work with it to clear ISIS out of Syria. In other words the US does not acknowledge the links between PKK and PYD that Turkey claims exist. Turkey believes that if PYD is successful in Syria, if they are able to connect these three territories which are populated by Kurds, one of which is still controlled by ISIS, there will appear a whole “Kurdish belt.” Turkey does not want that.”

Yasar Yakis also discussed the Su-24 incident. He believes that Turkey would not attack another Russian bomber because it supposedly realizes what the negative consequences are from such actions:

“In general, I believe that if something like that were to happen again, Turkey would not attack the Russian aircraft because they saw the negative consequences. You recall that recently, in January, a Russian aircraft again entered Turkish airspace, but this time Turkey did not attempt to shoot it down. It means that Turkey understands the consequences. And I hope such an incident will not reoccur. If a foreign aircraft enters your airspace, you intercept it and accompany it back into Turkey or another country from where it came. If Turkey acted like that from the start, none of these problems would exist.”

This guy, though a moslem, who does not drik alcohol, as the Islamic ideology prescribes, is fully drunken: You recall that recently, in January, a Russian aircraft again entered Turkish airspace, but this time Turkey did not attempt to shoot it down. Does he deliver a proof, this funny indoctrinated person? NO, he doesn’t as there is none.