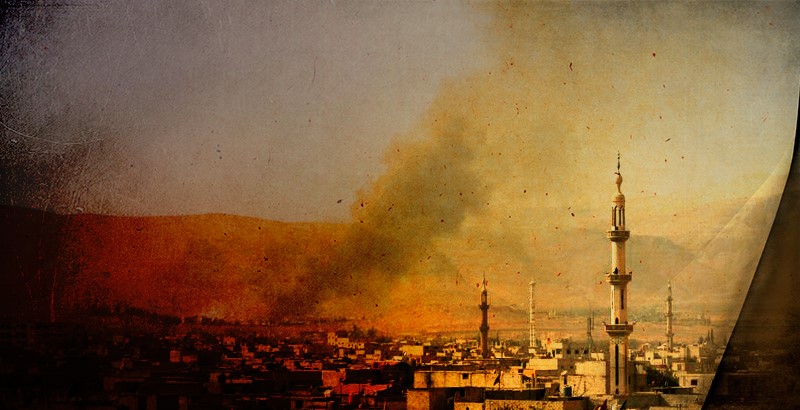 Written exclusively for SouthFront by J.Hawk

There have been conflicting reports on the current state of ship traffic through the Bosphorus, with a number of sources claiming that Turkey has implemented a blockade in order to cut off Russia’s “Syria Express” which is the logistical lifeline providing Russian and Syrian forces with equipment, munitions, and other necessities of modern warfare. Other sources, including the Russian Navy, have stated that the Russian naval vessels have not had problems transiting the straits, though there were also some reports of Turkish submarines making an appearance in close vicinity of the Russian ships. Yet other reports indicate that what the Turks are doing is simply harassment in the form of greatly delaying the processing of ships through the straits that does not rise to the level of violating the Montreaux Convention which prohibits the Turkish government from unilaterally closing the Bosphorus to shipping, unless the country is in a state of war or an emergency.

Neither Russia nor Turkey (or any other entity, for that matter) have issued any statements concerning this matter. Turkey has not officially announced any measures against Russian or other ships, and likewise Russia has not protested that its ships are being mishandled.  After the first wave of reports, there have not been additional dispatches from the Bosphorus suggesting the blockade is in effect and, even more crucially, no Russian “Syrian Express” ships has been reported as having been forced to return to Novorossiysk or Latakia due to its inability to cross the straits. Therefore it would seem that, at the moment of this writing, Erdogan is rattling the saber but has not quite decided to draw it just yet and actually close the straits. Indeed, considering that he has had that option ever since the Russian operation in Syria began and that the closing of the straits would actually hinder the Russian operation to a far greater extent than the attack on the Su-24 that killed one of its crew members and led to the loss of a search-and-rescue helicopter and the death of a Russian naval infantryman, it is odd that he had not made this move yet and opted instead to take the far riskier route of a military escalation. The fact that he had not done so suggests the act of closing the straits is not as easy or consequence-free for Turkey as it might appear.

Indeed, there would be significant political and economic costs for Turkey to do so. The country does collect a fair amount of revenue from the ships transiting the straits. If the straits are closed even once, it is highly that from now on these cargoes would no longer go by ship (lest Erdogan or some other unhinged Turkish leader decide to close them again, costing shipping and insurance firms millions of dollars) but by rail, after being offloaded in Greek ports (that prospect, in particular, would have to be galling to Erdogan). It would also damage Turkey’s reputation as a reliable economic partner if an element of political risk of this magnitude creeps into Turkey’s business partners’ calculations.

Moreover, closing the straits now is actually more difficult to do politically than before the Su-24 incident. Not only had Erdogan not received the political support from NATO he evidently hoped for, Putin had gone on the offensive in the form of releasing a flood of Russian intelligence information implicating Turkey in collusion with ISIS and buying stolen Syrian and Iraqi petroleum from the Islamic State. Even the US is now calling on Turkey to finally secure its borders and stop allowing militants (and, presumably, oil) to cross border to and from Syria. The fact that the Su-24 incident backfired on Erdogan, as the Russian aircraft have made targeting border areas with Turkey a priority, and NATO failed to act in accordance with Erdogan’s expectations by coming to Turkey’s “defense” and pressuring Russia to ratchet down its Syria campaign (which is actually escalating, as more aircraft are being deployed) means that he is rather constrained in his future responses. It is significant that whereas Western mainstream media wholly ignored the Russian MOD briefing on the MH17 shoot-down, they did report on its briefing detailing Turkey-ISIS oil trade.  Likewise the perception that Russia is fighting ISIS while Turkey is supporting the terrorist organization has become more widespread in the West, so much so that additional moves against Russia by Turkey would only reinforce that perception and leave Turkey more isolated in the internal arena. At this point, even the prospect of Turkey being expelled from NATO does not seem overly far-fetched. Having said that, Erdogan has painted himself into a corner and, like a cornered rat, he is liable to lash out. However, that lashing out is only likely to make the situation worse for him and for Turkey.

The Russian leadership is no doubt taking that threat seriously and it does have a variety of measures to potentially counteract it, though none of them are highly efficient solutions. Military action against Turkey is out of the question, as NATO (i.e., US) would almost certainly come to Turkey’s aid. Shipping goods via the Caspian Sea or using an overland route to Syria does not appear plausible considering the current configuration of borders and the extent of territory controlled by the Islamic State. A more promising solution would be to start supplying Syria using Baltic ports which would certainly make individual trips longer and therefore costlier, but also free from the interference of any NATO member as neither the Danish Straits nor Gibraltar can be closed in the way the Bosphorus can. Finally, Russia could attempt to negotiate an agreement with Iraq to establish an air base there, which could then be more easily supplied via the Caspian Sea and Iran and whose existence would allow the number of sorties generated by Hmeimim to be reduced. All of these are options open to the Russian leadership, Erdogan is clearly aware that even the Bosphorus blockade would likely not yield the desired result of crippling the Russian air campaign, which is probably the reason why so far he has not launched an all-out, official blockade of the Bosphorus.

Russia, has a legal right (and possibly a moral duty) to impound oil tankers carrying crude oil stolen by Terrorists in Syria and Iraq