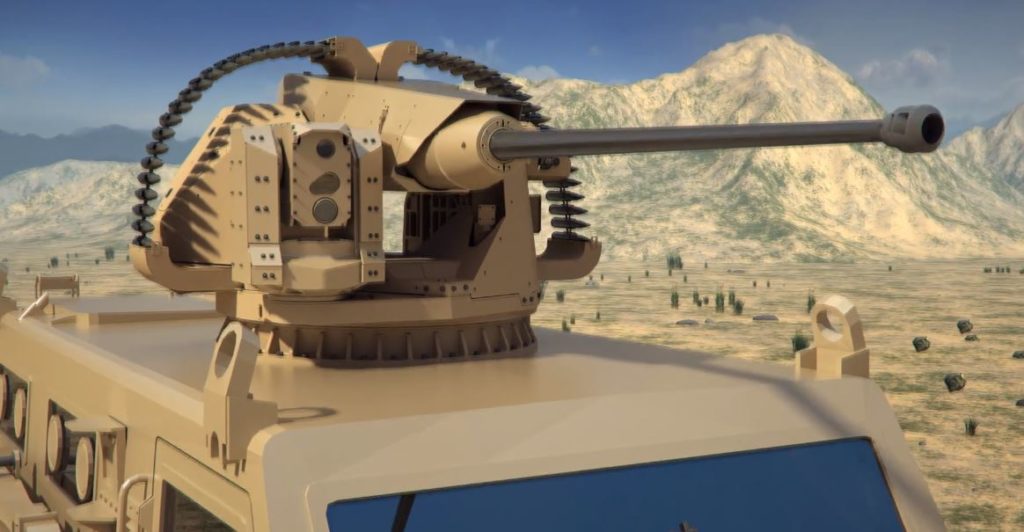 Turkey’s efforts to modernize its military might with indigenous equipment are all-encompassing, as developments in every domain are on-going.

Turkey’s state-controlled military electronics company Aselsan unveiled the first of what will become an upgraded armored combat vehicle used by the military.

In the first phase of the upgrade program, Aselsan will modernize 133 vehicles, lengthening their life span and survivability.

The first batch of vehicles is part of a whole convoy of more than 2,000 produced by FMC Nurol Savunma Sanayi between 1989 and 2003 under license from the U.S.-based company FMC Corporation.

The modernization moves in several directions, as in December 2019, FNSS (formerly FMC Nurol Savunma Sanayi) signed a contract with Turkish defense procurement agency SSB to upgrade the armored vehicles, most of which are still in service. Under the program, dubbed ZMA-15, the vehicles will be fitted with high-tech equipment.

Notably, one of the new features is the NEFER. It is an unmanned turret system, which was unveiled with the armored combat vehicle.

The NEFER is designed to use both NATO-grade and Russian weapon systems. It can utilize various 25mm and 30mm automatic cannons, as well as 7.62mm machine guns.

It can be mounted on 6×6 and 8×8 wheeled or tracked vehicles. Through its extensive surveillance and remote-control capabilities, NEFER enhances the situational awareness of the gunner in his proximity. At the same time, the vulnerability to attacks is decreased drastically.

Turkey is currently facing U.S. sanctions for its purchase of the Russian-made S-400 air defense system.

As part of the sanctions, Turkey was kicked out of the U.S.-led, multinational consortium that builds the fifth-generation F-35 fighter jet.

Developments such as these, however, show that Turkey plans to continue using Russian equipment, as its future developments also involve integration with Moscow’s weapons.

Aselsan has invested quite a bit in remote-controlled weapon systems. The company aims to add new products to its product portfolio, which has been included in the inventory in 20 countries. ASELSAN’s systems, known as UKKS in Turkish, the Remote-Controlled Stabilized Weapon Systems are used on various platforms, notably the upgraded ACV.

Aselsan’s automated weapons are also featured on various Turkish coast guard and Navy warships, as well as other ground hardware.

Turks are Fascist scum thieves incapable of developing anything in their own right but surprisingly aided and abetted by Europes’ elites themselves.

Here’s a most recent example: https://aresdifesa.it/la-turchia-pronta-a-testare-il-suo-cannone-76-62/