The EU has pledged three billion euros to Turkey for the refugee crisis. While member states are still arguing about the funding, the Turkish government points out that the promised money will probably not be enough. 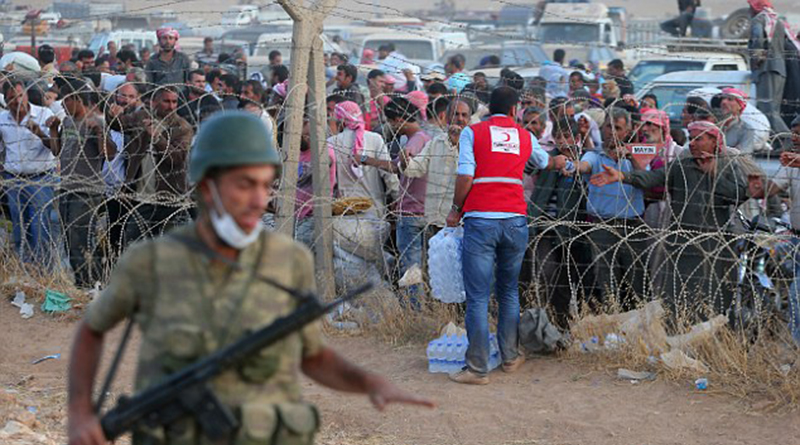 From the perspective of the Turkish government, the EU needs to allow for higher financial aid than the previously promised three billion euros, for the refugee crisis  “We do not beg for money from the EU,” Prime Minister Ahmet Davutoglu told the Deutsche Presse-Agentur in an exclusive interview. “But if there is a serious commitment to share the burden, then we have to sit down and talk about all the details of the crisis.” Before the first German-Turkish intergovernmental consultations on Friday in Berlin, he added: “Three billion euros are only to show the political will to share the burden.”

Turkey is the most important transit country for refugees especially from Syria, who come to the EU. The EU has promised Turkey three billion euros for the Syrian refugees in the country. There are already quarrels on the financing of this amount among the member States.

In the Swiss town of Davos, Davutoglu said, before leaving for Berlin in an interview: “We don’t export a crisis, the crisis has been exported to Turkey. Now it has become a European crisis. We have 2.5 million refugees from Syria in Turkey, 300 000 more from Iraq. “Turkey has spent converted to euros, nearly nine billion euros for the refugees. “Nobody can expect Turkey to carry the entire burden alone.”

Davutoglu showed confidence that Turkey will join the EU in the future – even though Chancellor Angela Merkel said a few days ago that the country has still a long way to go. “There has been in the EU-Turkey relations in the last three months a very positive momentum,” Davutoglu said. “And I’m sure, at the end of all these improvements Turkey will one day be a member of the EU.”

Davutoglu expressed his condolences and also in the name of Turkey, about the ten German victims of the terrorist attack in Istanbul last week. “That was a big pain for all of us,” he said. All investigation results would be shared with the German authorities. Turkey makes the terrorist militia Islamic State (IS) responsible for the attack, in which a suicide bomber blew himself up amidst a group of German tourists. The investigation is continuing, Davutoglu said.

The Prime Minister made it clear that his government now will use a military solution in the conflict with the prohibited Kurdish Workers’ Party PKK. “In no democratic country the government can tolerate the presence of armed groups and terrorists in some parts of their country,” he said. “These operations will continue until all the communities and cities will be freed of illegal armed groups.”

The Turkish army has launched an offensive against the PKK in the past month, the government imposed on several cities weeklong curfews. According to military information hundreds of PKK supporters were killed so far. By statistics of the pro-Kurdish opposition party HDP more than 100 civilians were killed. The security forces also reported numerous losses.